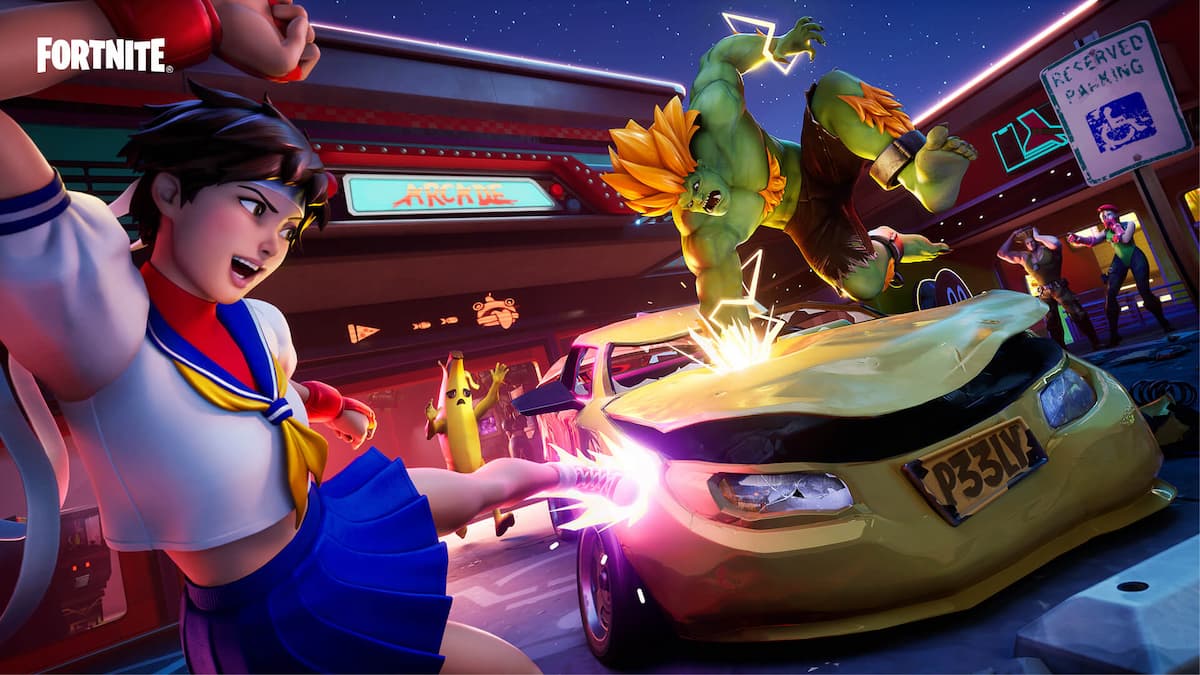 We’ve had a spate of super cool crossovers in Fortnite over the years. From Naruto to Boba Fett to even Resident Evil, the popular battle royale has played host to a ton of beloved properties. While Moon Knight was the latest character to join Epic Games’ multiplayer title, we now hear news that a couple of familiar faces from Capcom’s iconic competitive fight-’em-up series, Street Fighter, are on their way, too. That’s right, Sakura and Blanka are set to be the next characters to make their way to Fortnite. As a result, you may be wondering when do Sakura and Blanka from Street Fighter come out on Fortnite. Let’s get into it, shall we?

When Do Sakura & Blanka From Street Fighter Come Out on Fortnite?

Earlier today, Epic Games officially confirmed that Blanka and Sakura will be available in Fortnite’s Item Shop later this week. More specifically, the new cosmetic items will be purchasable from Thursday, April 28, at 8 PM ET.

Taking a break from the crane game, World Warriors Blanka and Sakura are soon reaching for victory on the Fortnite Island! To celebrate 35 years of Street Fighter, you’ll be able to grab their Outfits and accessories in the Item Shop later this week (starting Thursday, April 28, at 8 PM ET). Also, show off your strength in the Blanka & Sakura Cup for a chance to earn a special Loading Screen.

What Sakura & Blanka Items Will be Available in Fortnite?

When the new content drops, there’ll be plenty of cool items to pick up with your V-Bucks. From Outfits to Back Bling to Pickaxes, there’s bound to be something that’ll suit your tastes. Here’s a rundown of what to expect:

When is the Blanka and Sakura Cup?

The players who perform best will net a snazzy Bonus Stage loading screen featuring both Blanka and Sakura, which you can check out up above.

So, there you have it. We hope this helped clue you in on when do Sakura and Blanka from Street Fighter come out on Fortnite. For more, feel free to check out the relevant links down below.