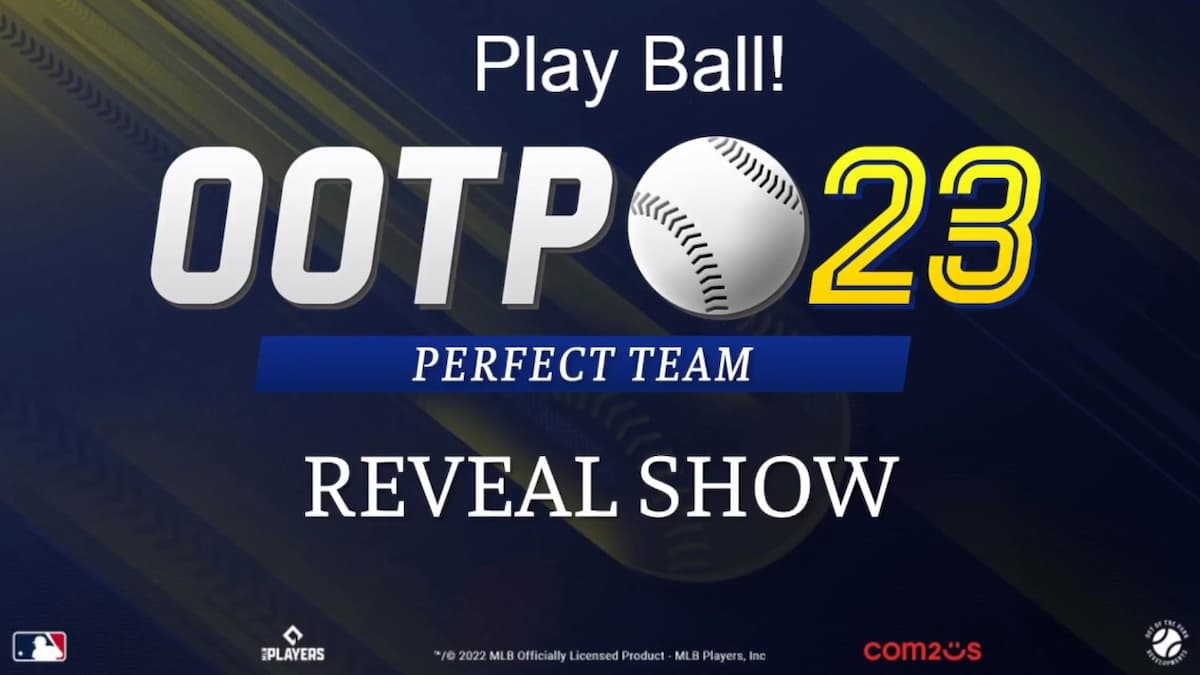 Earlier this week, Com2uS released two new streams focusing on its upcoming baseball management simulation title, Out of the Park Baseball 23. One of the videos is a lengthy deep dive into gameplay with MLB Network’s Scott Braun and the other is a 90-minute-long stream talking all about the Perfect Team mode.

First off, the gameplay deep dive featured Braun from MLB Network and Markus Heinsohn, the lead developer for Out of the Park Baseball 23. They started off by addressing the delay that led to the launch being scheduled for 4/22. Heinsohn’s main reasons for the delay were the desire to deliver the best product possible and to maintain a healthy work environment for himself and his employees.

The next big topic they covered was the visual improvements to Out of the Park Baseball 23, two of the biggest additions being real player faces for 3D models and new 3D animations. On top of that, there will now be fully customizable uniforms for the clubs you manage. These alternate uniforms can be assigned to be worn on specific dates or days of the week.

After that, Heinsohn and Braun got into the details on the brand-new tutorial mode in Out of the Park Baseball 23. Heinsohn mentioned that the tutorial will focus a lot on showing players where to go to set things like your lineup or pitching rotation. But a good chunk of it will also give players “missions” that will help them get into the swing of playing the game.

There’s clearly a big focus on new players this time around, but the completely rebuilt core of the simulation engine promises to deliver even more realistic results than any previous version of Out of the Park Baseball. A small part of that is the new catcher framing models that take into account the skill of the catcher to make balls on the edge of the zone look more like strikes to an ump.

And a new baseball simulation wouldn’t be complete without the new rules, namely the return of the expanded playoffs. It’s not quite as big as 2020, but the new playoff rules will feature six teams (three division winners and three wild cards) with the top two clubs in each league getting first-round byes.

The last major change coming to the gameplay side of Out of the Park Baseball 23 is the addition of letting players set limited power league commissioners. The idea here is that online leagues will still be able to carry on in some capacity while the main commissioner is unable to access their game for an extended period of time.

You can check out the official video of the gameplay deep dive down below.

The next video that was released revealed tons of new information about the Perfect Team mode in out of the Park Baseball 23.

The first big detail revealed in the stream covered loyalty rewards for playing past Out of the Park Baseball titles. The full breakdown is listed below.

These rewards are handed out to players when they create a new team alongside the Starter Pack.

A big change coming to training in Out of the Park Baseball 23 is that any player can now train to 100% of their position rating at all eligible positions. Before, players could only be trained up to 75% for any secondary positions. The only drawback is that as a whole it will now take longer to fully train players at all positions.

Also worth noting is that Shohei Ohtani is making his mark even in Out of the Park Baseball 23. There is a brand-new strategy setting that allows you to skip the DH if you have a pitcher that you want in the lineup.

Additionally, tournaments and perfect drafts have been changed up for the new game. There are new formats, including combined eras, so you can finally see which historical team is the greatest of all time. Also important is the increased amount of tournaments they’ll have for all time zones. This means players outside of the US won’t be left out in the dark.

Returning for Out of the Park Baseball 23, Limited Edition cards will come in two tiers, 25-card and 100-card. The 25-card tier will get weekly releases and the 100-card tier will get less frequent releases that focus on aligning with specific moments in baseball history.

This stream for Perfect Team also showed off the new designs for the cards in this game mode. You can see the pre-1930 through Live Card designs down below.

You can check out the full stream for the Out of the Park Baseball 23 Perfect Team reveal down below.

Out of the Park Baseball 23 launches this Friday, Apr. 4 for PC, Mac, and Linux via Steam and the Epic Games Store.