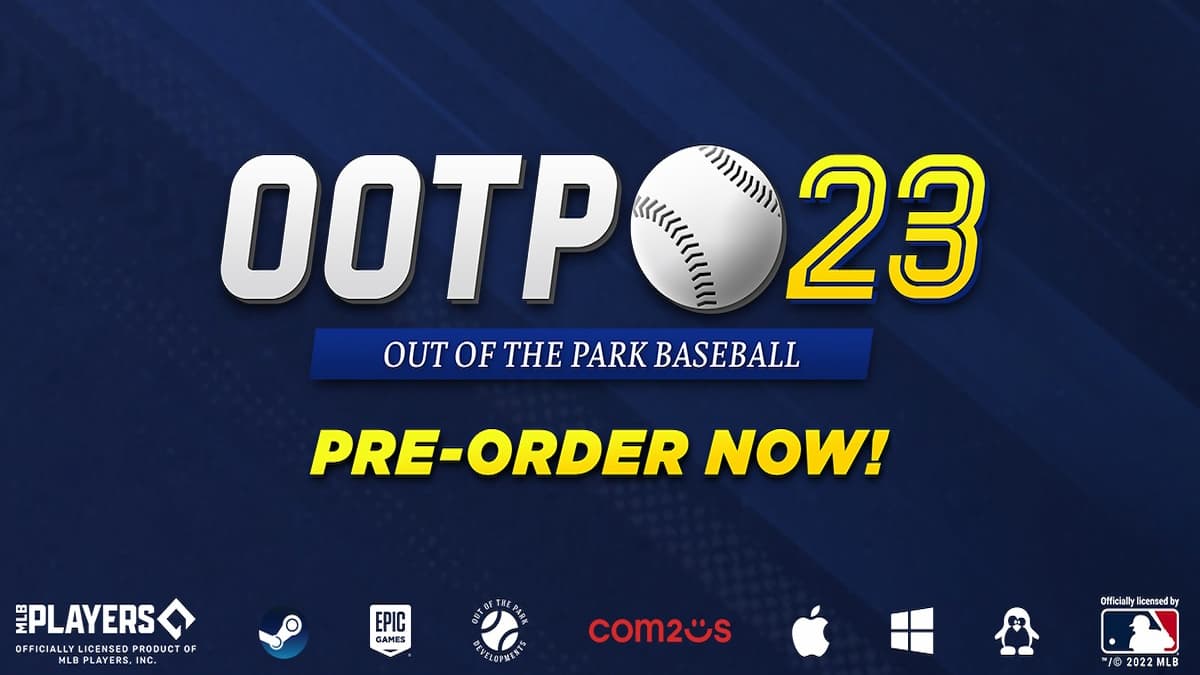 Earlier today in a press release from game developer and publisher Com2uS, the launch date was revealed for Out of the Park Baseball 23. After facing some setbacks and having to push back the release, the baseball club management simulator is set to be available on PC, Mac, and Linux starting Apr. 22.

Director of Business Development at Com2uS, Richard Grisham went into a few details on what makes the latest version of the game unique:

OOTP 23 is a love letter to all baseball fans and includes an array of new tutorial features that make it the most welcoming entry point into the series yet and adds all-new layers of customization and depth to the experience that we know our passionate community loves most about the game.

Leading up to the launch of the game, there will be four important reveals on the Out of the Park Developments’ Twitch channel:

If you’ve never heard of Out of the Park Baseball, it’s a bit different from other simulations of America’s national pastime. Instead of playing the games as you do in MLB: The Show, this game focuses more on the management side of things like signing players, adjusting lineups, and setting pitching rotations.

It’s also worth noting that developers Com2uS have recently renewed their licensing agreement with MLB and the MLB Players Union. This will extend the partnership for at least the next five years.

Out of the Park Baseball 23 is available for pre-order today directly from the official site. You can also wishlist the game right now on Steam or the Epic Games Store on PC, Mac, and Linux. Anyone who pre-orders or wishlists the title will be able to get 10% off of the $39.99 cost of the game.