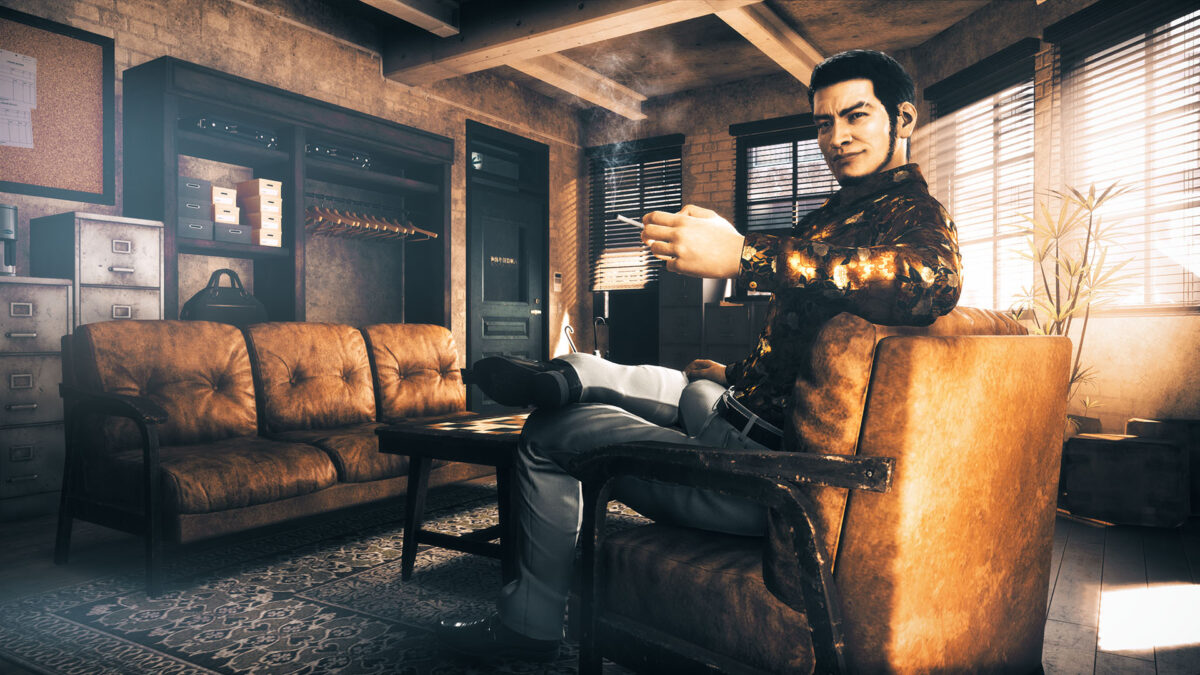 Last year, Lost Judgment was my game of the year. Its narrative, characters, and gameplay built upon the foundation of the first game to make for a perfect sequel. So when I heard that they were doing a DLC centered around my favorite character in the series, Kaito, I was thrilled. Thankfully, The Kaito Files delivered yet another amazing experience fans won’t soon forget.

Lost Judgment: The Kaito Files takes place sometime after the finale of the base game, but this time – as the name would suggest – it centers around the adventures of everyone’s favorite Aniki, Masaharu Kaito. With Takayuki Yagami out of town, hunting down a divorcee who kidnapped his own son, Kaito is in charge of the Yagami Detective Agency.

It isn’t long into this adventure that Kaito stumbles on a mystery, as the husband of one of his former lovers, Mikiko, begs the detective to look into her questionable suicide that took place two years prior.

Now, it is important to note that The Kaito Files is more of a very long, detailed side story than an entirely new campaign. That mostly means that there aren’t any kookie side missions or mini-games to play. Stuff like tailing and investigations are still in the game, but those are more features than separate gameplay experiences.

Instead, the mystery and investigation surrounding Mikiko’s apparent suicide take center stage. At first, this bummed me out a bit.

The craziness of the side stories was always a nice break from the often dark and serious nature of the main missions, providing some much-needed levity. As the story went on, though, I found myself enjoying how focused the narrative was, as it allowed characters and plot points to grow and unfold naturally in a shorter amount of time.

Not to mention, there was some optional stuff in the DLC that I did explore whenever I wanted a slight break from the action. These optional bits of content were collectibles, known as memory points.

Memory Points are certain spots or locations where you can collect Memories that relate to Kaito’s past experiences. These can be found using the game’s improved sensory system called Primal Focus. This updated investigation mode lets Kaito smell, hear, and look for items much clearer than Yagami, as his heightened senses highlight items in bright colors.

As you find more items and memories hidden throughout Kamorocho, Kaito gains Skill Points and unlocks special Skills that are otherwise hidden, making the search very worthwhile. And yeah, going on a collectible hunt doesn’t really measure up to a story about trying to find a UFO, but the Memories added to the story, which, while brief, was amazing.

The Kaito Files delivers another fantastic narrative, filled with plenty of the twists, turns, and misdirects that the Judgment series has become known for, built on the backs of solid writing and interesting characters. Jun and Kyoya Sadamoto stand out in particular, as each character’s role in the plot is played perfectly.

The former acts as a mirror into a younger Kaito, which we see comparisons to via flashbacks, making for a pretty funny back in forth between the two. While we don’t get to see nearly as much as Kyoya, what we do learn of his relationship and role in Kaito’s life plays an important lesson in the protagonist’s journey and development throughout the DLC.

The Kaito Files tells a story of duty and growth, betrayal and revenge, and oh so much more, delving deep into Kaito’s past and giving fans a better idea of why he is the way he is. Since the story is only about five hours long, it is hard to go into much detail without giving away spoilers, but just know that it is a hell of a journey to experience in such a short amount of time.

Action-wise, The Kaito Files does feel slightly different than when the series follows Yagami, which makes sense considering the two protagonists have completely different styles. Where Yagami is a gazelle, fluid, quick, and thinking on his feet, Kaito is a bull, strong, tough, and brash, ready to bowl his way through any challenge that’s in his way.

This is evident from the moment you take control of Kaito in the DLC, as subtle differences in his opening chase with Senda – like charging through objects instead of avoiding them like Yagami would – showcase his preference for brute strength over speed. This is also air apparent when his fighting styles come into play.

In The Kaito Files, Kaito can switch between two styles: Bruiser and Tank. As the names would suggest, each of these styles is all about taking and dealing as much damage as physically possible.

Like in past installments of the Yakuza series, the Buiser style is more of a DPS-focused class, allowing Kaito to deal plenty of damage with his fist and execute nasty combos, especially when Skill Point moves are upgrades. On the other hand, Tank not only allows Kaito to take more hits and block incoming attacks easier, but it also lets him pick up objects mid-combo without pressing the circle prompt.

This might sound like a pretty basic thing, but it makes a huge difference when you’re mid-combo and are suddenly holding a scooter that was nearby that does massive damage. Unfortunately, when push comes to shove, both of these styles feel like a step back from what Lost Judgment presents when fighting as Yagami.

Sure, it is fun to be able to take a lot of hits and throw around objects mid-swing, but the lack of diversity between these two styles really got in the way in some fights. The last fight in chapter 4 felt especially dense, as it took place in an area with no weapons against an enemy that is super powerful and can tank a lot of Kaito’s moves, even while in Brawler.

It isn’t really that the combat is bad in any way; it is just that it doesn’t really compare to the versatility and combos that can be executed when playing as Yagami by comparison. I just really love how fast I can move in the Snake class, okay?

Even with a weaker fighting system, though, The Kaito Files is more than worth the purchase for any fan of the series. Fantastic writing, enjoyable characters, and a gripping narrative make this experience another highlight in the series, more than proving that Kaito is worthy of being a protagonist.

Oh, and did I mention that its epilogue features two buff, shirtless men with mutual respect for one another fighting for someone’s hand in love? That sequence alone is reason enough to play through The Kaito Files, in my opinion.