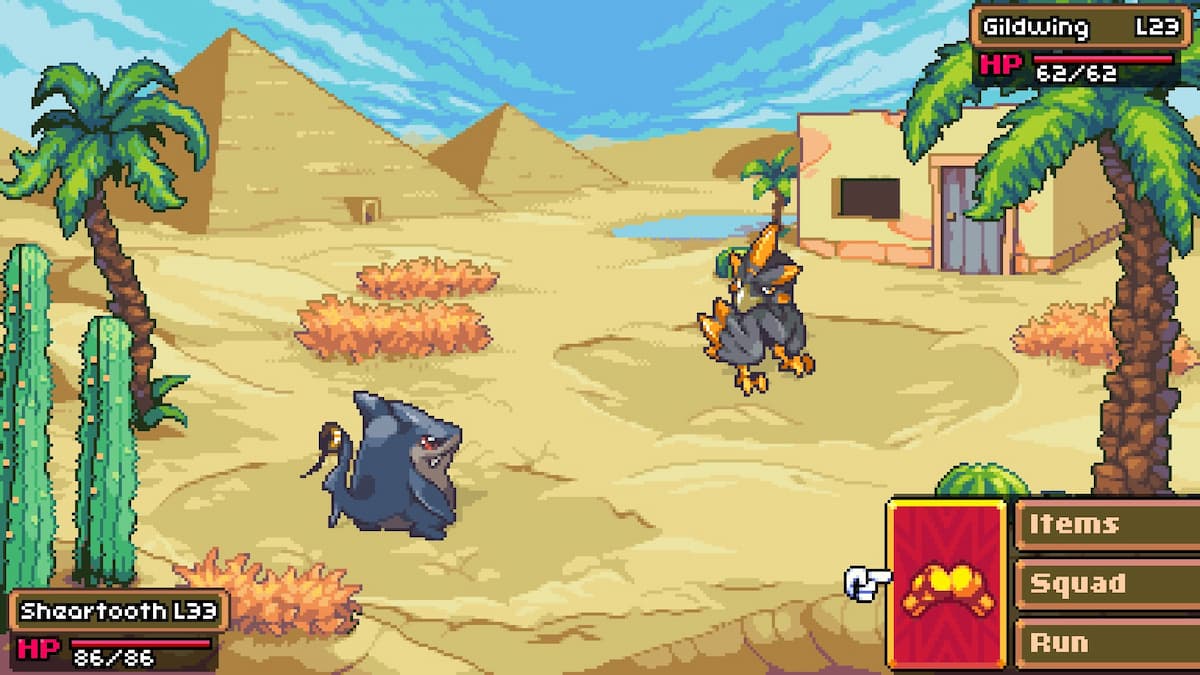 It’s hard to talk about new entries in the monster tamer genre without bringing up Pokemon as a comparison, but Coromon — even with a few notable faults — feels like a significantly updated version of those GBA-era games thanks to some unique features that modernize it enough so that it doesn’t lean too hard on its inspirations.

One of the biggest immediate differences here is that, instead of playing the role of a child wandering around the world unattended, you create a character who starts out as a new Battle Researcher in the Lux Solis company. You’re somewhat of a scientist, basically.

You then become a member of the Titan Taskforce looking for mythical creatures called Titans. They’re scattered throughout the land of Velua and your job is to capture six Titan Essences by finding and battling these forces of nature.

What sounds like a straightforward adventure soon becomes something more that involves different planes of existence, otherworldly beings, and plenty of puzzles to solve. The storyline won’t exactly blow you away as you move from one zone to the next and, honestly, it comes second to Coromon’s other bright spots.

The visuals are likely to be the very first thing to grab your attention. The vibrant pixel art is retro and new at the same time. It feels familiar but also looks way too good to have come out at the same time as the games it pays homage to.

The environments are varied, from haunted towns to sandy deserts, and the in-battle arena art does a nice job of capturing those locations in a perfect freeze-frame.

What stands out even more, though, are the Coromon designs themselves. It’s been a while since I’ve played a game like this and really had trouble figuring out which little creatures to add to my party. The vast majority of Coromon made me go “oh no, I want that one too.”

That feeling became even stronger when I saw their in-battle animations. Some even have little facial expressions, like Nibblegar and its evolution, Sheartooth. They both occasionally flash mischievous grins that add more personality where I wasn’t expecting to see any.

Speaking of personality, the game is full of it. There are sly jokes and references, and your character even has lines of dialogue. It’s a bit odd to play a vocal protagonist in a game like this since they’re usually silent, but it adds another layer of engagement when your character confidently tackles tough puzzles and challenging tasks, or gets annoyed with odd side quests.

When a mailman gets stuck surrounded by tall grass and a squad full of KOd Coromon, your character rolls their eyes when it’s revealed that the mailman actually had a teleport device and that you’ve helped him out for no reason, wasting everyone’s time. It’s a realistic reaction that happens a few times during odd requests and I kind of love how realistic that is.

The downside here is that there are a few side quests that don’t exactly seem worth it in terms of time and effort. Though, there is a quest log to keep track of everything even if you don’t want to do it all.

Puzzles are involved and require a bit more thought than pushing a few blocks out of your way. Well, most of the time. The side quests are far more time-consuming, unless the puzzles really have you stumped.

When it comes to actual gameplay mechanics and battling, Coromon provides a whole host of options to customize the experience. There are difficulty options, character customization, and options to manually min/max Coromon stats as they level up.

You can select Easy, Normal, Hard, Insane, or create your own custom ruleset that includes options like healing Coromon when they level up, limiting players to one catch per area (yes, like a Nuzlocke), and preventing the use of held items.

When it comes to the Coromon themselves, the Potential system is a great tool for adjusting each of the main stats, which include HP, SP, Speed, Attack, Defense, Sp. Attack, or Sp. Defense. Each Coromon has a Potential rating that ranges from one to 21, and can fall under one of three Potential categories: Standard, Potent, and Perfect.

Coromon can invest more points into whichever stats you choose, depending on their Potential rating and how close to Perfect they are. Points are invested in stats of your choice when a Coromon’s Potential meter — a secondary meter underneath their XP bar — fills up as battles are fought.

It’s a brilliant feature that adds more control to how your squad functions. You can create glass cannons by only investing in offensive stats, build up tanks by going full defense and HP, or even upgrade SP to use more Stamina and attack constantly.

There’s plenty of freedom to experiment, and the ability to swap Coromon moves in and out at will outside of battle only adds to that.

Even with all the customization mentioned above, there are moments — particularly early on — when the Coromon variety might fall short for some. There are 114 creatures in total and only seven types. Technically, there are 13 types in total to keep track of, but the other six are relegated to skills. This means that Coromon can’t actually come in those types even though their moves do.

It’s bizarre to see Coromon that are clearly birds, like Silquill’s evolution line, be stuck as Normal-type even though they can use Air moves. Maybe it was done to cut down on confusion, but it feels limiting in a way, especially since there are no dual typings at all.

The limited type categorization and functionality is even more noticeable when going up against the damage sponge Titans in boss fights, as there are very specific types that need to be used most of the time. Each type except for Water is effective against only one other type, which then puts a heavy emphasis on status effects along with buffs and debuffs.

Coromon sets out to carve out its own identity in the monster tamer genre and it manages to succeed when it comes to visuals, animations, and providing the freedom to personalize the experience.

Where it falls short, however, is mostly related to the battling in terms of specific gameplay elements. Only having seven types for Coromon with limited type effectiveness overall makes things feel far too linear in a game where customization and experimentation are encouraged elsewhere.

The game feels like it’s meant for those who miss the GBA-era glory days, and it may just satisfy if these particular limiting factors can be overlooked. And, with all that said, it’s certainly a step in the right direction when looking toward the future of a genre that’s more or less being monopolized by Pokemon. 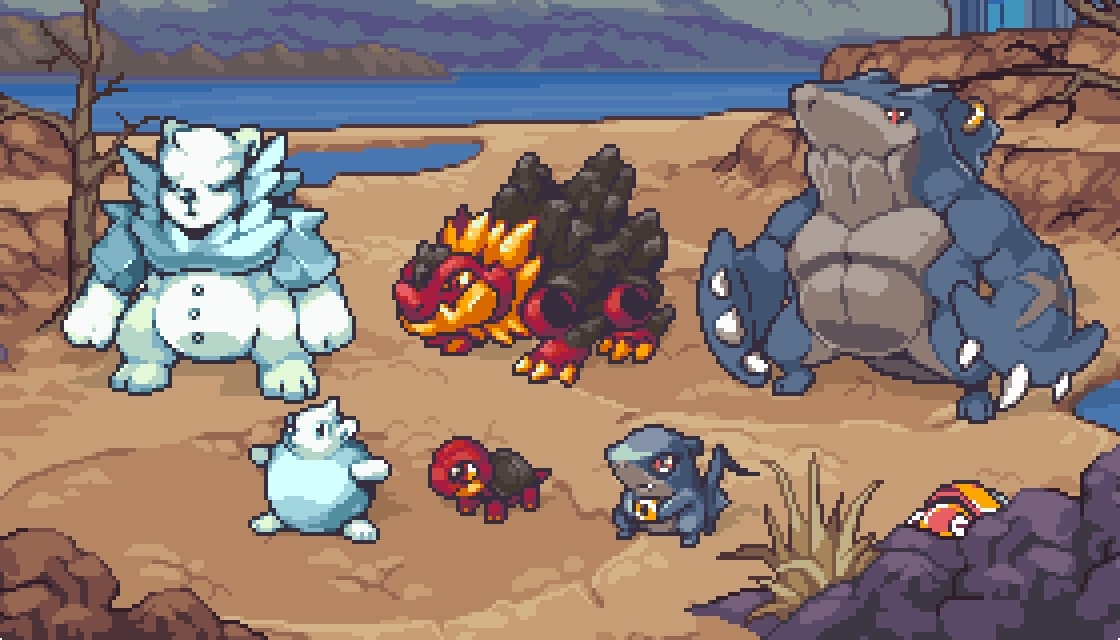