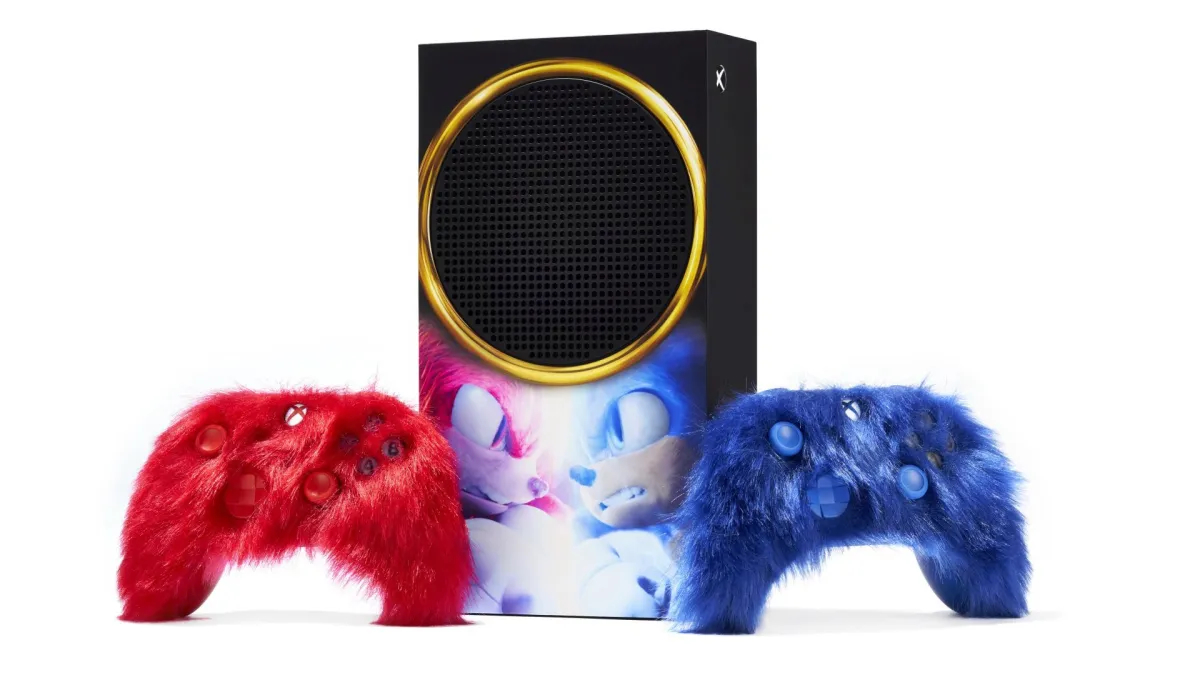 Microsoft announced today that it has partnered with Paramount Pictures to give away a limited-edition package of a custom Xbox Series S console and two controllers themed after the upcoming Sonic the Hedgehog 2 movie.

The package includes a customized black Xbox Series S console with a golden ring surrounding the air vent and the titular Sonic the Hedgehog and Knuckles from the movie squaring off underneath. Meanwhile, the two controllers come in colors of Sonic Blue and Knuckles Red with “textured coatings reminiscent of the bristly texture of hedgehogs in the wild,” or completely furry as evidenced in the photo above.

There are two sweepstakes for people to enter for a chance to win the custom Xbox Series S and furry controllers. The first is retweeting the official sweepstakes tweet below with the hashtag #XboxSonic2Sweepstakes, or the second way through buying entries with Microsoft Rewards points. Although, the latter is only available for residents in the United States.

Sonic the Hedgehog 2 will be arriving in theaters on April 8. Despite the sequel not even released yet, Paramount Pictures has already green-lit a third movie and a live action Paramount+ series that will feature Knuckles, voiced by Idris Elba.