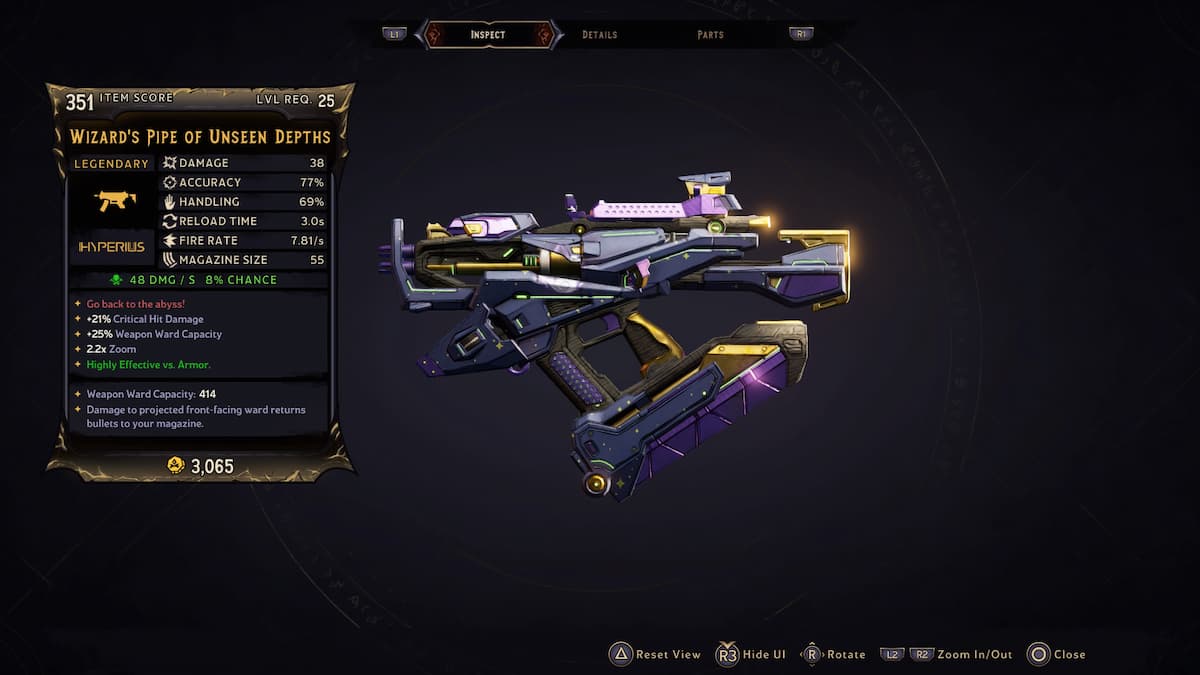 The fact is, nothing beats watching loot drop in a looter shooter. With Tiny Tina’s Wonderlands firmly in the Borderlands universe/series, it’s comforting to see all the multi-colored loot beams spread across an area. However, one rarity of loot stands head and shoulders above the rest. That’s right, we’re talking about those orange beams, the legendary loot. We’re here to tell you how to get legendary weapons a gear in Tiny Tina’s Wonderlands.

To boil it down, there is no one certain way to obtain legendary gear in Tiny Tina’s Wonderlands. In fact, before unlocking more of the post-game options, most of the farming comes down to patience.

If you’re new to the Borderlands games, the above image shows off an example of what a boss fight looks like. If you are facing a named enemy with a health bar at the top middle of the screen, this is a boss fight.

As for the method itself, this one is probably the one that will test your patience the most when you want to hunt for legendary weapons and gear. That said, the exact same patience requirement is paired with the highest chance of reward, so if you’re going to try this, you have to be willing to persevere. With that said, it all still depends on how much time you’re willing to sacrifice.

You could be incredibly lucky and get the boss drop you are looking for on the first try, or it could take ten or more runs at it. While this method will probably, eventually, net you a piece of legendary loot, unless you have beaten the game and are now trying to work out a build, it’s probably best to move on in the story and hope maybe the next boss will be more lucrative.

There is a trick that will allow you to farm bosses as much as you want, even in co-op for the increased loot reward. All it takes is using the Town Portal fast travel after beating the boss. You can find out more details over here.

Surely while wandering around the Overworld (and for quests) you’ve entered into dungeons and camps to fight the enemies for the loot reward at the end. The fact that these can be infinitely replayed makes them prime farming spots for loot. Though, your chances at legendary loot are rather slim.

What makes this a great farm is that in the campaign you’d have to be constantly quitting and loading back in, and it wouldn’t be worth it. But, unlike farming bosses, repeatedly challenging camps and dungeons offers the lowest possible chance of a legendary dropping, but it is still possible.

The majority of legendary loot we have seen while progressing through the game was all random drops from enemies. Previous Borderlands games have varied on this being a possibility, but Tiny Tina’s Wonderlands seems to have increased the odds on world drops.

If you are still running through the story then just go at whatever pace you want. While it is recommended to do every side quest and visit all of the locations, it’s simply your choice. The chance of drops you never see coming is worth it, especially when you consider this is progression you will have to do anyway to beat the game.

If you’ve beaten the story, you’ll have access to the Chaos Chamber. It takes place as a quasi-roguelike mode. You can find more information and a trailer for Chaos Chamber here. But the gist is that you have several types of runs to choose from that will affect the quality of loot possible.

Normal runs are exactly what you expect — a completely randomized chain of several chambers ending in a boss fight. Featured runs are almost the exact same as normal runs, but the end boss is the same every time you go through it, so you can figure out how to tackle it better next time.

You can also take on an extended version of the normal run that will result in not only a 20% increase in crystals (the currency of the Chaos Chamber) but the longer a run is, the better loot you can find. Crystals are how you pay for augmentations during runs and also what you trade at the end of runs for better loot. Crystals function somewhat similarly to Eridium in Borderlands 3.

A new facet of loot in Tina Tiny’s Wonderlands is the concept of “Loot Luck”. There are certain gear items, such as your armor, that can have attributes increasing Loot Luck by a certain percentage, but it is certainly not a permanent increase. To actually increase your Loot Luck permanently, you need to find these big glowing D20s (20 sided dice) out in the world. They are usually tucked away in unsuspecting corners and you really have to hunt for them.

Each one you find increases your Loot Luck stat slightly, which affects, as you might have guessed, the quality of loot that drops from enemies. It’s difficult to directly see the change, so you do have to just trust the system works.

Seeing as this is a looter shooter, surely a number going up can’t be a bad thing even if you can’t distinctly notice the result. For those who have already begun collecting Lucky Dice, you can find your current Loot Luck score at the top of your hero stats shown off in the screenshot below.

Be sure to keep an eye on the Twinfinite guide section for more tips and tricks to help your journey through the Wonderlands.