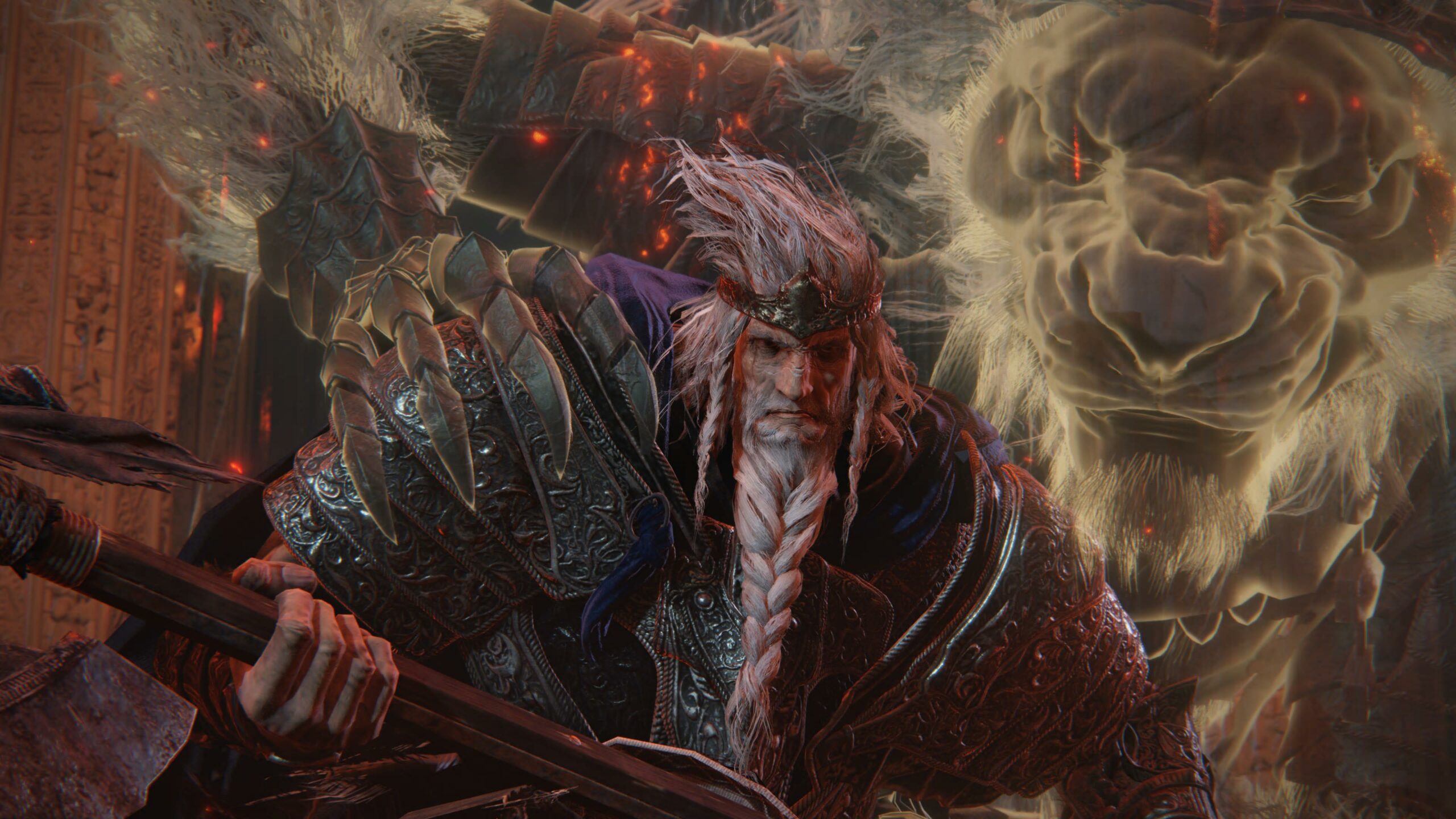 As you march towards the concluding end of FromSoftware‘s Elden Ring, you already know that there are going to be some difficult bosses that will be standing in your way. In order to become the next Elden Lord, you will have to overcome the original Elden Lord, with Godfrey standing in your way. If you are looking for some help, here’s our guide on how to beat Godfrey & Hoarah Loux in Elden Ring.

How to Beat Godfrey & Hoarah Loux in Elden Ring

Although we are nearing the endgame, there is still hope for the Tarnished out there to become Elden Lord, that is, if you know how to take advantage of the boss’ weaknesses during the fight.

As a hulking beast, Godfrey is all about the physical damage in Elden Ring, so if you have great armor that keeps you in Medium Load to enable efficient dodging, wear it. The same goes for a good shield, at least for the first phase. Godfrey is also susceptible to Scarlet Rot, so if you want that bonus damage, you know what to do. Together with a good Spirit Ash, like the Mimic Tear or Latenna the Albinauric, you might pull off enough attacks to stagger him for that free critical hit.

A much easier fight compared to the second phase, Godfrey will show off his might with a bevy of physical attacks with the axe and his stomps. At the onset, Godfery will jump high into the air before throwing his axe and crashing into you, so get ready to dodge.

Once that is out of the way, watch for his attacks, which are thankfully quite obvious. Block or dodge, then get in a few attacks of your own. Should you spot him smashing his axe into the ground, get ready to run away. A horizontal area-of-effect attack is coming, and dodging requires precise timing, so escaping is an easier time.

Watch out for Godfrey’s stomps as well, as this will create a shockwave that arrows towards you. Either jump or dodge towards the boss to avoid damage. When you drop his health to about 70%, Godfrey will ready a mega-stomp, which creates a shockwave across the entire arena. The only way to avoid damage is to jump over it.

This will also cause a red aura around Godfrey, and subsequent stomps will affect the entire arena, so just keep jumping when you spot it and chip away at his health. Get him down to slightly less than half health, and the second phase of Godfrey’s fight in Elden Ring begins.

Enter Hoarah Loux, Warrior. Rather than depend on equipment, this beast is all about his fists and feet. Get ready for an even more frenzied way of fighting, and survival becomes more difficult.

Similar to the first phase, the fight begins with Hoarah Loux leaping towards the player for a grab attack, dodge it or you will likely get one-shotted. Once that is out of the way, play defensively, as you will only have the chance to do some damage in small windows.

Watch out for Hoarah Loux’s combo moves, as it can be difficult to dodge. Blocking should not be considered at this point, so start moving away if you see a fist combo coming. Should Hoarah Loux start preparing for a grab, dodge it or face certain death. There is also a massive area-of-effect attack to watch out for when the boss starts pounding the ground. This will create several shockwaves, followed by an explosion, so get ready to jump and run.

Hoarah Loux’s fists are not the only threats in Elden Ring. His kicks can do quite a bit of damage and even knock you down, similar to the roars, and can result in a quick death. Avoid them at all costs. At low health, the boss will also start using shockwaves that affect the whole arena, so time your jumps right. Keep up the dangerous balancing act and you will bring Hoarah Loux down.

That is all there is to it when it comes to learning about how to beat Godfrey & Hoarah Loux in Elden Ring. Be sure to also check out our guide wiki to learn more important details about the game, including the list of all bosses in the game, everything about New Game Plus, and farming Rune Arcs.

If there are any questions that you might have that are not answered, please leave them in the comments below and we will get back to you as soon as we can!