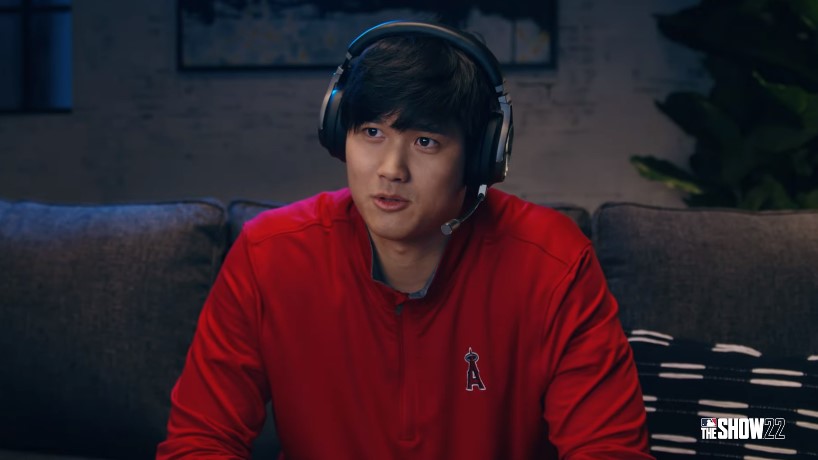 Earlier today, the Sony San Diego YouTube channel released yet another trailer for the studio’s upcoming baseball game, MLB The Show 22. Most of the trailer features the Coach character from past MLB The Show Trailers as well as the game’s cover athlete, Shohei Ohtani. But the trailer also introduces a bunch of Coach’s family while talking about the online Co-Op modes available in MLB The Show 22.

The trailer begins with Coach cloning himself with the voice-over of someone saying, “The only way to become a two-way player: clone yourself.” He then continues to use the machine to make more friends to play MLB The Show with him.

After this short bit, they go into the details of how the online co-op modes will work in MLB The Show 22. Players who want to team up with a single friend can play against another group of two in two-on-two play now games. Or if you have a third who wants to join in on the fun, then you’ll have the option to do three-on-three in online play now mode.

The even bigger news is that you and a friend will be able to combine card collections to create co-op teams in Diamond Dynasty mode. It’s unclear how many friends you’ll be able to have on a single team or if you’ll be able to play by yourself after forming a team with a friend.

After that, the rest of the trailer was just back to the bit of Coach and his clones playing MLB The Show 22 together online. Shohei Ohtani makes an appearance as well.

MLB The Show 22 releases on Apr. 5 for PS4, PS5, Xbox One, Xbox Series X|S, and Nintendo Switch. You can pre-order it for any one of those platforms on the game’s official website. The online co-op trailer for MLB The Show 22 can be found down below.