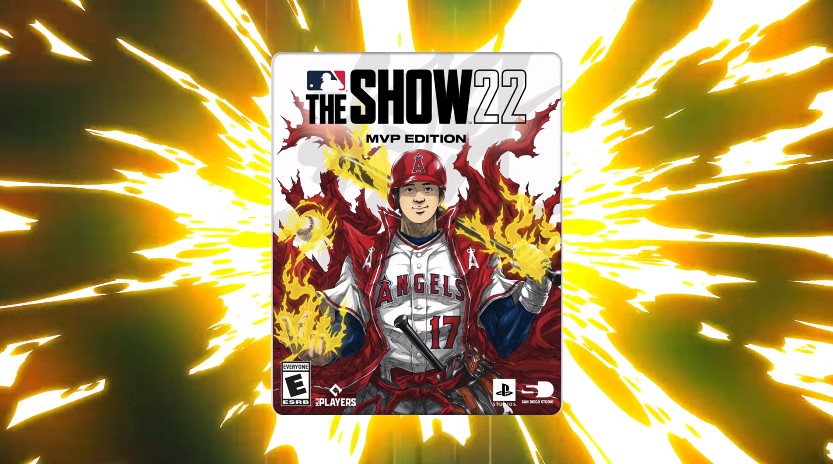 Earlier this week it was announced that MLB The Show 22 will feature the 2021 American League MVP, Shohei Ohtani, on the cover. We also got a release date of Apr. 5 and it was revealed that the game will come to a Nintendo console for the first time. But the MLB The Show news didn’t stop there. Today, a new trailer revealed the manga-inspired cover art for the MVP Edition of MLB The Show 22.

The trailer begins by showing two animated baseballs players. One is standing with a bat on their shoulder on the right side of a brick wall and the other is a pitcher standing to the left of the wall. Then a question appears, “How do you achieve the unachievable?” Then the words more power appear and the baseball player smacks a ball through the brick wall. After that, the words more heat pop up and the pitcher hurls a ball through the wall.

The two players keep going back and forth with different words appearing like more discipline, more determination. At this point, it’s revealed that both the pitcher and the batter are Shohei Ohtani. They eventually completely demolish the brick wall between them with the power of their hits and pitches. Then it cuts to real MLB footage of Ohtani pitching and hitting with fire superimposed over the ball and his bat.

After showing some highlights of Ohtani, the manga-inspired cover is revealed. The back features the manga version of Ohtani with a bat on his shoulder. And from the front, you can see the Japanese ballplayer holding a bat in his left hand and tossing a baseball up in the air with his right. He also appears to have a second bat tucked into his belt almost like where a samurai would sheath their sword.

You can check out the full MLB The Show 22 MVP Edition cover reveal trailer down below. MLB The Show 22 is available for pre-order on PS4, PS5, Xbox One, Xbox Series X|S, and Nintendo Switch right now. The game is currently set to release on Apr. 5, 2022.