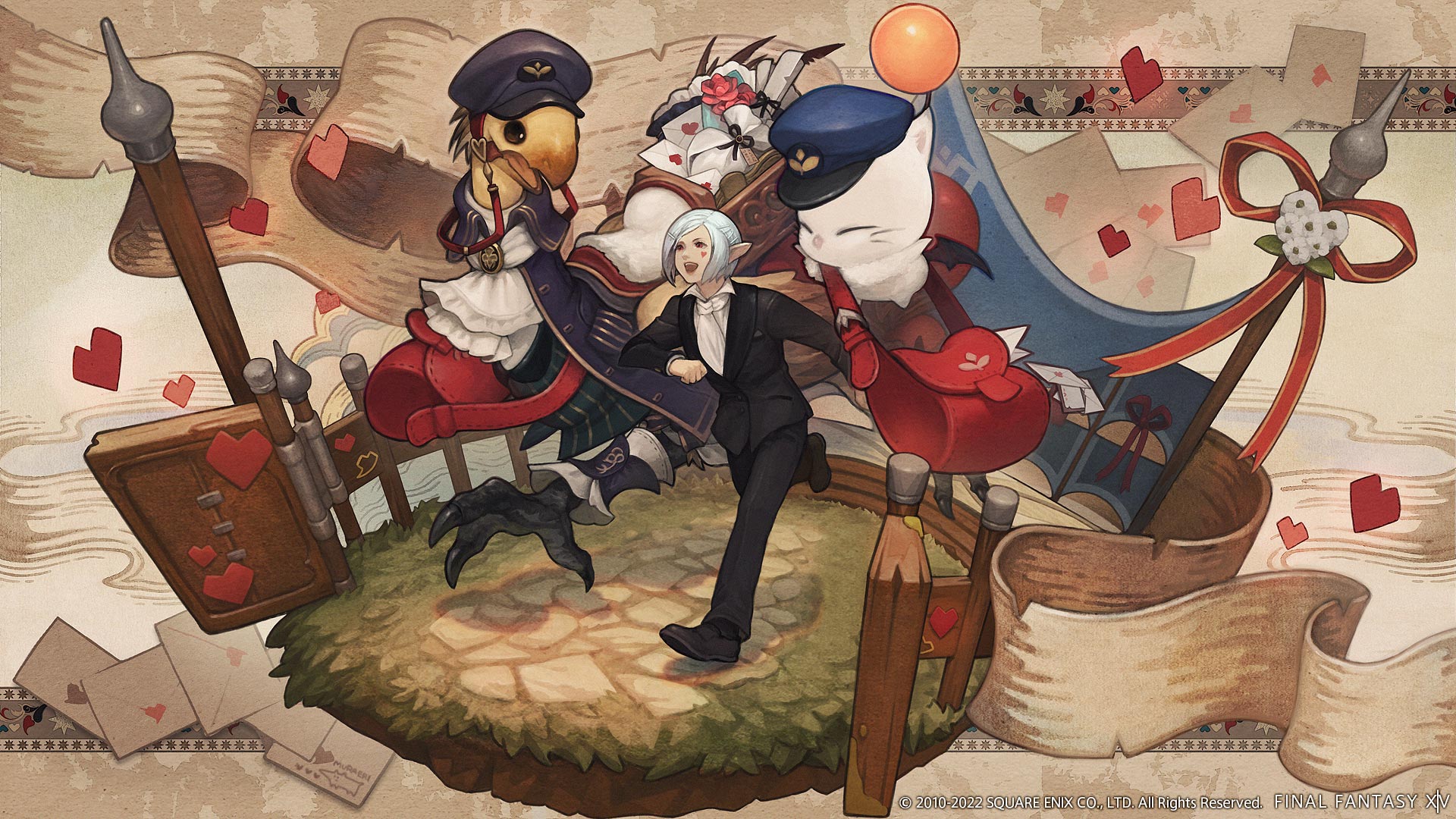 As usual, our host will be Lisette de Valentione and we’ll find her at the amphitheater on Old Gridania.

You’ll need to be level 15 to participate, but this shouldn’t be an issue to achieve even for new players.

The rewards will be an adorable Postmoogle Barding for your Chocobo and a lovey-dovey Valentione Mobile wall-mounted decoration for your house.

In the meanwhile, we’re eagerly awaiting the upcoming Letter from the Producer Live broadcast on February 18, which will reveal the future of the game beyond Endwalker.