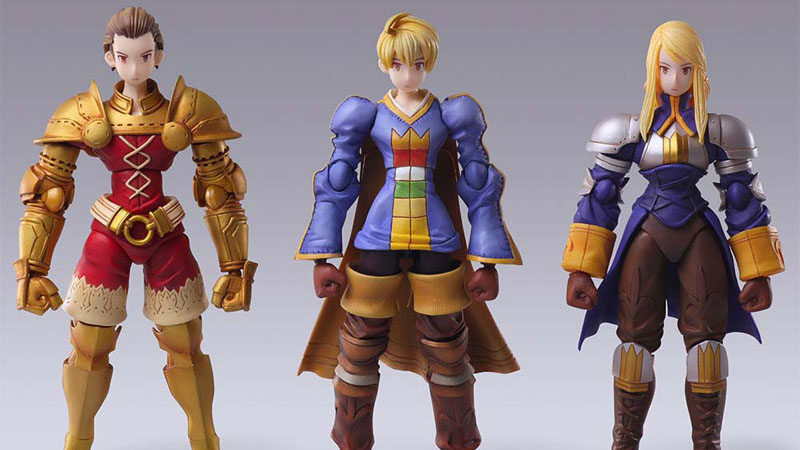 At the Square Enix Store, you can find Ramza Beoulve, Delita Hyral, and Agrias Oaks. All are available for pre-order at 9,680 yen, which translates approximately into $84.

You can also find all three figures at AmiAmi for 8,170 yen, which translates into approximately $71.

They all come with a base, weapons, and alternate hands. They’re relatively small, measuring 142 mm in height.

Ramza will release on July 2, 2022, followed by Agrias on August 6, and lastly Delita on September 3.

Like all Bring Arts figures, these are fully poseable, so you can recreate your favorite scene for the beloved game.

Below you can check out what they look like in a gallery of images.

While it’s not officially Final Fantasy Tactics, Square Enix will soon release Triangle Strategy, which many see as a spiritual successor of the beloved tactical JRPG of old.