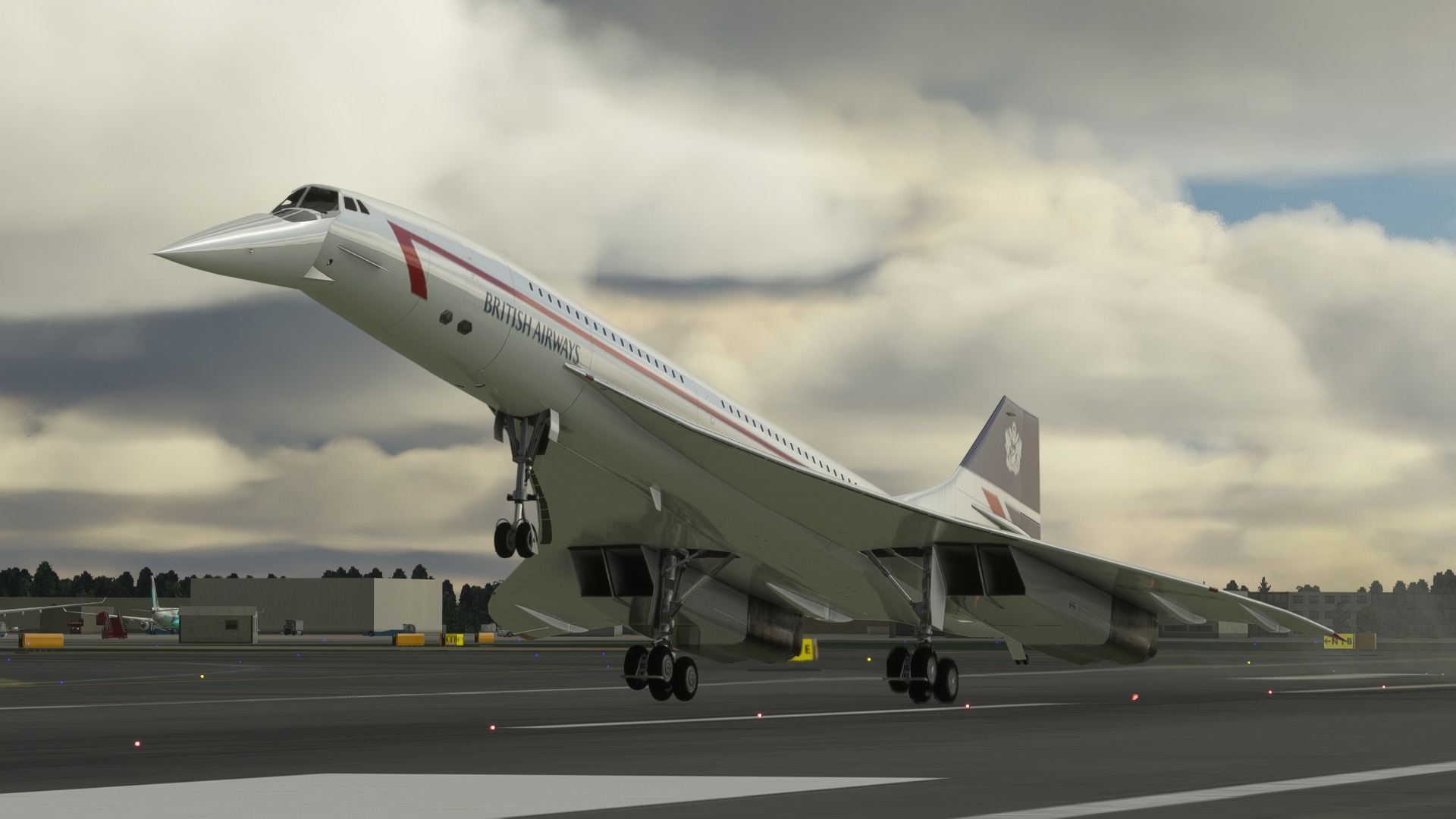 We start with DC Designs, which showcased its upcoming Concorde and provided a development update.

“Great news this week for Concorde development! Amid the hiss of steam and the glow of hot metal from within DC Design’s Ironworks, we have achieved various breakthroughs in terms of flight dynamics, coding, texture art, and other advances that have transformed the project over the past seven days.

The cockpit has been brought to life with most ( captain’s ) instruments now functional, and the engineer’s station has also been given life with many of the annunciator lights now working ( and coded to work as the real Concorde’s systems did ). The addition of a pair of crew members also brings some much-needed life to the flight deck, making if feel more as though you’re aboard a functional airplane with other people, especially in Virtual Reality. Despite being constructed from over half a million vertices, performance in Concorde’s flight deck in VR is superb, with no evidence of any lag when looking around ( I develop on a GTX1080 system ). The flight model has also had several major advances at the hands of CodenameJack and Paul Frimston, with the delta wing now performing particularly well in all phases of flight. The new MSFS fuel system has been implemented, which although limited to 8 tanks ( Concorde had 13 tanks ) does allow us to introduce a realistic fuel management system along with the fuel-transfer operation for the center of gravity balance.

I am now deep in the throes of working out how much functional detail to add, as mentioned last week while activating all of the many, many systems that Concorde has. Things are really coming together here, with many systems I kept absent in the original Concorde ( for FSX and Prepar3D ) now being brought online in this version for MSFS. In addition, I have discovered ( with a little help ) how to create my own emissive templates in MSFS, allowing for much easier lighting across all stations.”

Next is another look at the Grumman JRF-6 Goose showcased by Big Radials. This time we take a look at a vintage Swedish rescue craft.

Last, but not least, new work-in-progress screenshots of Cincinnati/Northern Kentucky International Airport (KCVG) in the United States from Skyline Simulations, showing the terminal and the detail work.