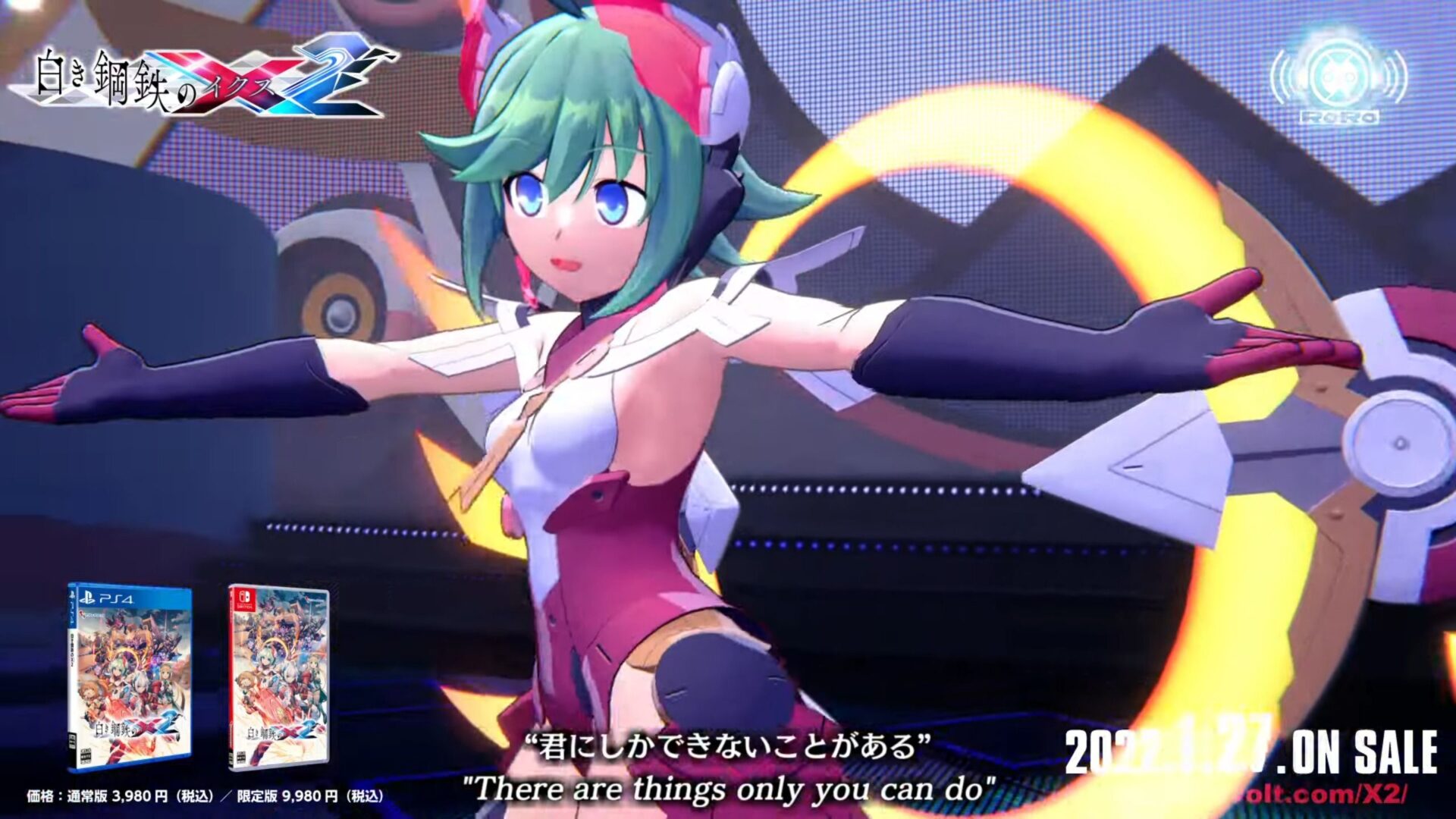 To be precise the first is a trailer showcasing the English voice cast, while the second is a music video featuring everyone’s favorite autonomous combat pod Lola (voiced by Mayu Mineda) as she performs the song “You Are Not Alone.”

If you want to see more, you can enjoy the original reveal, more gameplay, and read an official description.

“Thanks to the efforts of Copen, the “Luminous Avenger iX,” the world is finally at peace.
It was during these peaceful times that Copenthrew himself into his research.
Some time after his battles ended, Copenfound himself in possession of a mysterious, rifle-shaped piece of tech called a “Blaster Rifle.“

Copen, along with Lola and Kohakuwho were sent there along with him, must search for a way home. They have the help of a Worker girl, Null, who leads them to a giant tower known as the “Grave Pillar” where the world’s secrets are said to lie. This is where their story begins…”