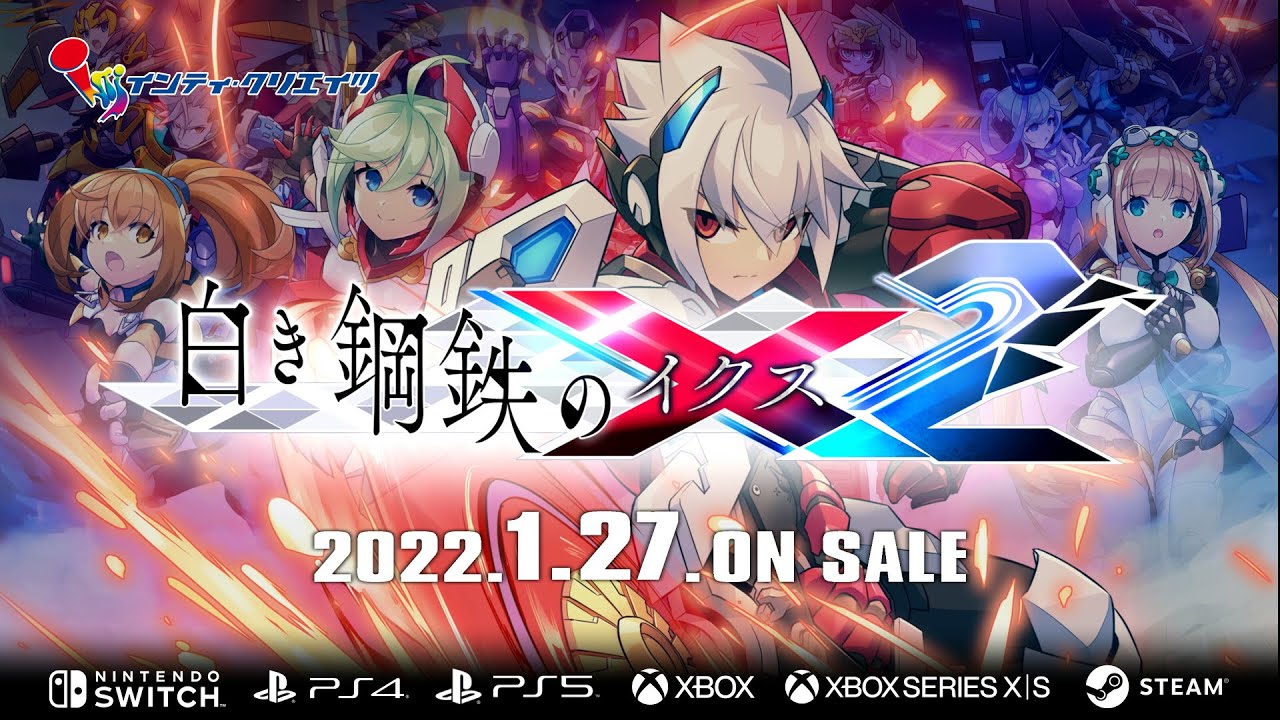 Int Creates hosted a panel at BitSummit in Kyoto, and they had announcements to make.

First of all, we get to see a new video focusing on Azure Striker Gunvolt 3, including both gameplay and information about the title.

The video stars executive producer and action supervisor Keiji Inafune himself as he discusses the game with the development team.

Azure Striker Gunvolt 3 will release in summer 2022 for Nintendo Switch.

We also get the announcement of a brand new game, Gunvolt Chronicles Luminous Avenger iX 2, releasing on January 27, 2022, for PS5, PS4, Switch, Xbox Series X|S, Xbox One, and PC via Steam.

Gunvolt Chronicles Luminous Avenger iX 2 is confirmed for both North America and Europe on the same date as Japan.

Physical disks for the PS4 and Nintendo Switch version are confirmed for Japan, but Inti Creates would like to make it happen in the west as well.

It’s an independent parallel story that takes place in a deserted world inhabited only by robots.

You can check out the trailer below and enjoy the announcement, alongside the video dedicated to Azure Striker Gunvolt 3.

If you’d like to see more of Azure Strikers Gunvolt 3, you can check out the previous development update on top of the previous trailer.