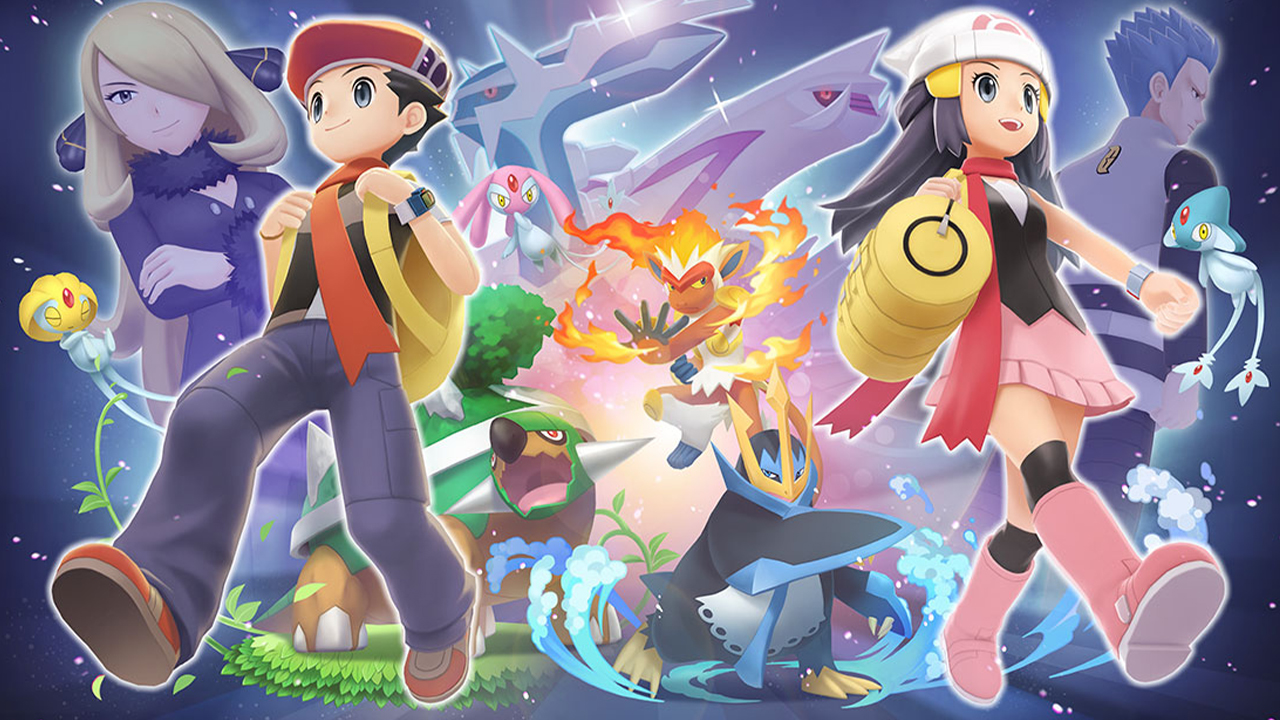 A five-minute long overview trailer for Pokemon Brilliant Diamond and Shining Pearl, which release later this week, was unveiled today on Nintendo’s official YouTube channel. The overview trailer highlights some of the main gameplay features that you can expect in these remakes.

The trailer starts off with showing how the beginning of the game will go: you travel to a lake near your town with your childhood friend, where you’ll pick out your very own starter Pokemon. After choosing between Turtwig, Chimchar, and Piplup, Professor Rowan will recruit you to complete the Pokedex of the Sinnoh region.

We see the diversity of the Sinnoh region and its mountain ranges, grassy fields, lakes, and snowy trails. We also get a glimpse of many of the Pokemon we’ll encounter on the journey, such as Bidoof and Drifloon, as well as a few shots of our Pokemon running behind us in the overworld.

The overview trailer goes on to explain that some trainers may team up with you throughout your journey, and that it’s your goal to challenge each town’s gym leader to receive badges and become the strongest trainer in Sinnoh.

The Grand Underground is explained in depth. It’s a vast world beneath the Sinnoh region where you can dig for fossils and Pokemon statues. You’ll be able to build a secret base with these items. There will also be Pokemon hideaways, which are a brand new feature not present in the original releases, where you can find rare Pokemon that can’t be caught anywhere else in the game.

Brilliant Diamond & Shining Pearl will bring back Super Contest Shows. You can dress up your trainer and have your Pokemon dance by tapping along to the rhythm and using a contest move to dazzle the judges. Doing so can award you with stickers that you can decorate Pokeballs with.

Poketch is also back. This device has many helpful features, such as an in-game pedometer, dowsing machine, coin toss game, and a hidden moves app.

The trailer briefly mentions that local and online play can be used to battle and trade Pokemon. Finally, it ends with a brief overview of the evil Team Galactic, teasing what their intentions are.

Pokemon Brilliant Diamond and Shining Pearl release later this week on Nov. 19. Both games are available to preorder on the Nintendo eShop.

You can watch the entirety of the overview trailer below.