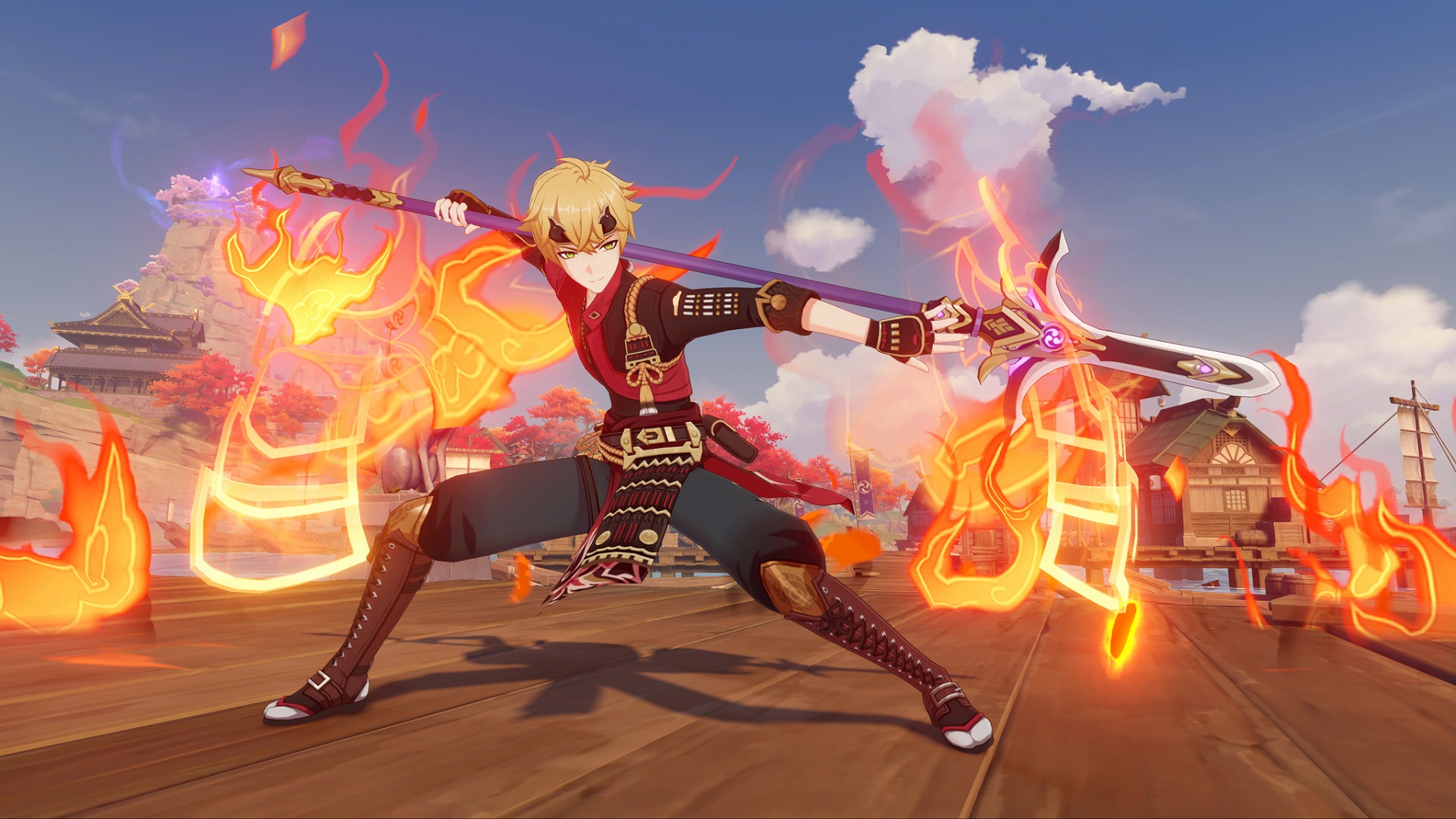 With every new character that gets released comes a whole new list of materials needed for their ascension. Thoma is the newest addition to the growing roster and he’ll be needing a unique plant. Here are the fluorescent fungus locations in Genshin Impact.

This glowing blue fungus can be found on Tsurumi Island, which is the southernmost island in Inazuma. It was added in the recent 2.2 update and it’s initially covered in a thick fog that makes it impossible to explore.

Before searching for fluorescent fungus, you’ll need to clear the fog on Tsurumi Island by completing the ‘Through the Mists’ world quest. If you haven’t done that yet, you can follow our guide to get that done.

Once that’s finished, head to these locations on the image below from GenshinImpactMap to find the plant:

As you can see above, the island contains plenty of splots to collect the fungus. Search the southern end of Mt. Kanna in the middle of the island, Chirai Shrine to the northeast, and Shirikoro Peak to the north to find the most fluorescent fungus.

As mentioned above, the plant is used to ascend the new four-star Pyro polearm user, Thoma. He also requires red Agate stones, Treasure Hoarder Insignias, and Smoldering Pearls alongside the fungus. He’s currently available to pull for alongside Hu Tao, Diona, and Sayu in a new banner.

That’s everything you need to know about all the fluorescent fungus locations in Genshin Impact. Be sure to check out our guide wiki for more tips, tricks, and other useful info on the game.

You can also have a look at the related articles below to find even more of our Genshin Impact coverage, including a breakdown of everything new in the 2.2 update.