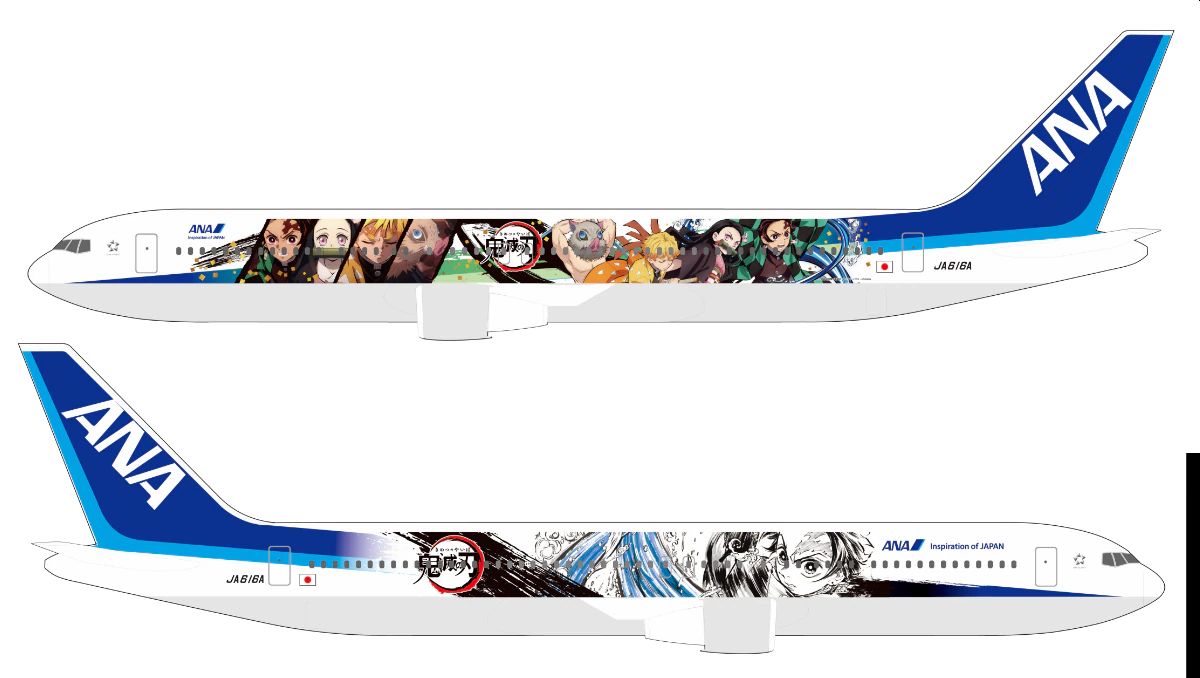 Today the Japanese airline ANA announced a collaboration with the world-famous Demon Slayer (known as Kimetsu no Yaiba in Japan) franchise.

The collaboration will start small on December 1, 2021 with the use of Demon Slayer paper cups and distribution of illustrated Menko cards to children on domestic flights.

Things will pick up at the end of January 2022 with the launch of a special livery painted on the Boeing 767-300 ER witt tail number JA616A, which you can see portrayed in the gallery.

A second aircraft will also be painted later in the year. The model, design, and further details will be shared as soon as they’re decided.

The aircraft involved will have custom headrest covers, while the flight attendants will wear Demon Slayer aprons. There will also be PA announcements voiced by the anime’s voice actors.

The 26 Episodes of the first season of anime and five songs from the soundtrack will be added to the in-flight entertainment.

This isn’t really surprising considering the popularity of Demon Slayer in Japan and abroad, which also resulted in the recent launch of the video game Demon Slayer: Kimetsu no Yaiba – The Hinokami Chronicles.

Japan isn’t new to special liveries painted on airliners associated with its rich pop culture, including anime and video games like Pokemon.