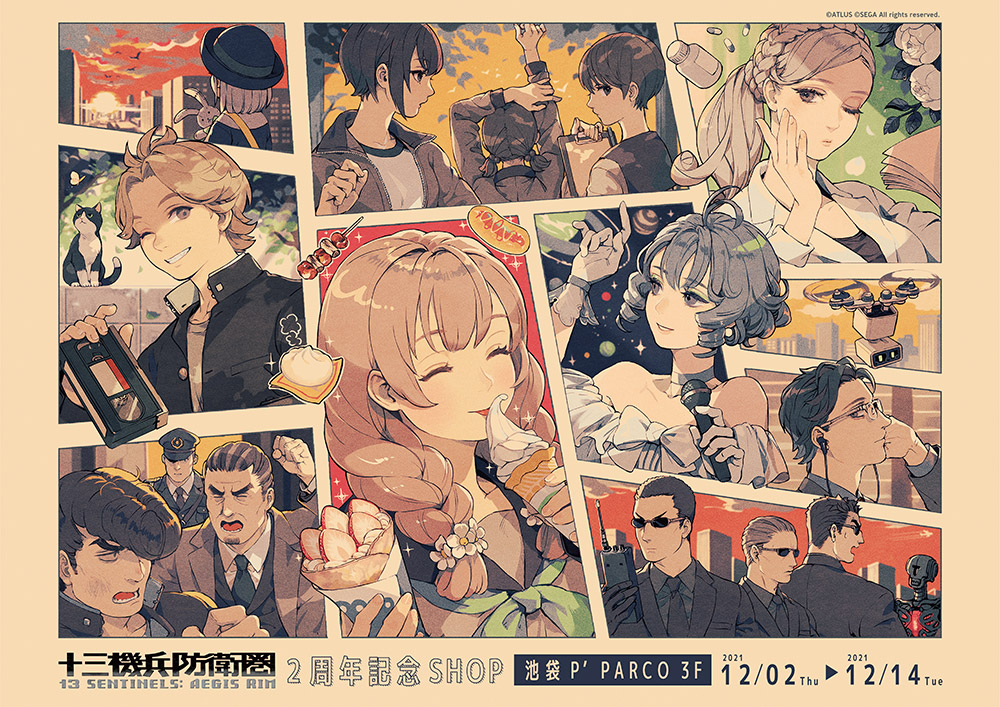 Today we got a press release announcing the opening of a special temporary shop in Tokyo selling 13 Sentinels: Aegis Rim merchandise aplenty.

The shop will be open only for 12 days, from December 2 to December 14 on the third floor of the Ikebukuro P’PARCO mall.

All prices are tax included and for every 3,000 yen spent customers will also receive a special bookmark at no additional cost.

All the2nd anniversary commemorative items sold online at the Atlus D Shop will also be available for purchase at this special store.

You can see everything below. Incidentally, earlier today we learned that the game has shipped over 500,000 copies and that a Nintendo Switch version is coming next year.