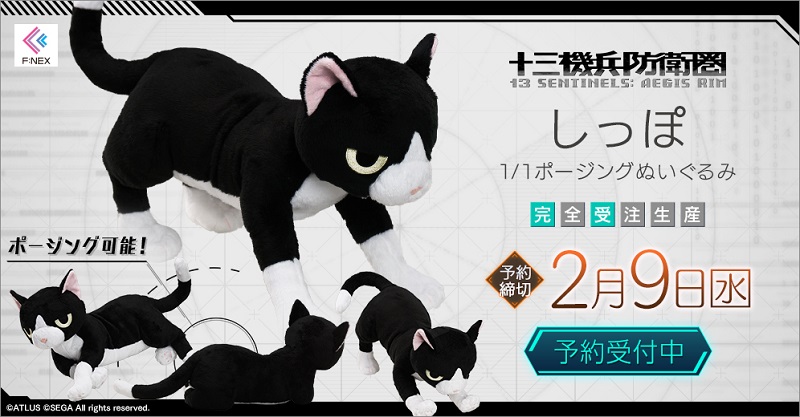 The celebrations for the second anniversary of 13 Sentinels: Aegis Rim by Vanillaware are in full swing, and Furyu’s figure brand F:NEX announced via press release a brand new plushie.

Of course, the plushie portrays the mysterious cat Fluffy (named “Shippo,” which means “Tail,” in the Japanese version) in life-sized scale. He’s 40 cm-long excluding the tail and will be priced at 4,950 yen (which roughly translates into $44).

Pre-orders in Japan started yesterday and will end on February 9, with an estimated release window of June 2022.

He’s also posable, so you can display him however you want.

13 Sentinels: Aegis Rim is currently available for PS4. Just yesterday, we learned that it passed 500,000 units shipped and it’s coming for Nintendo Switch.