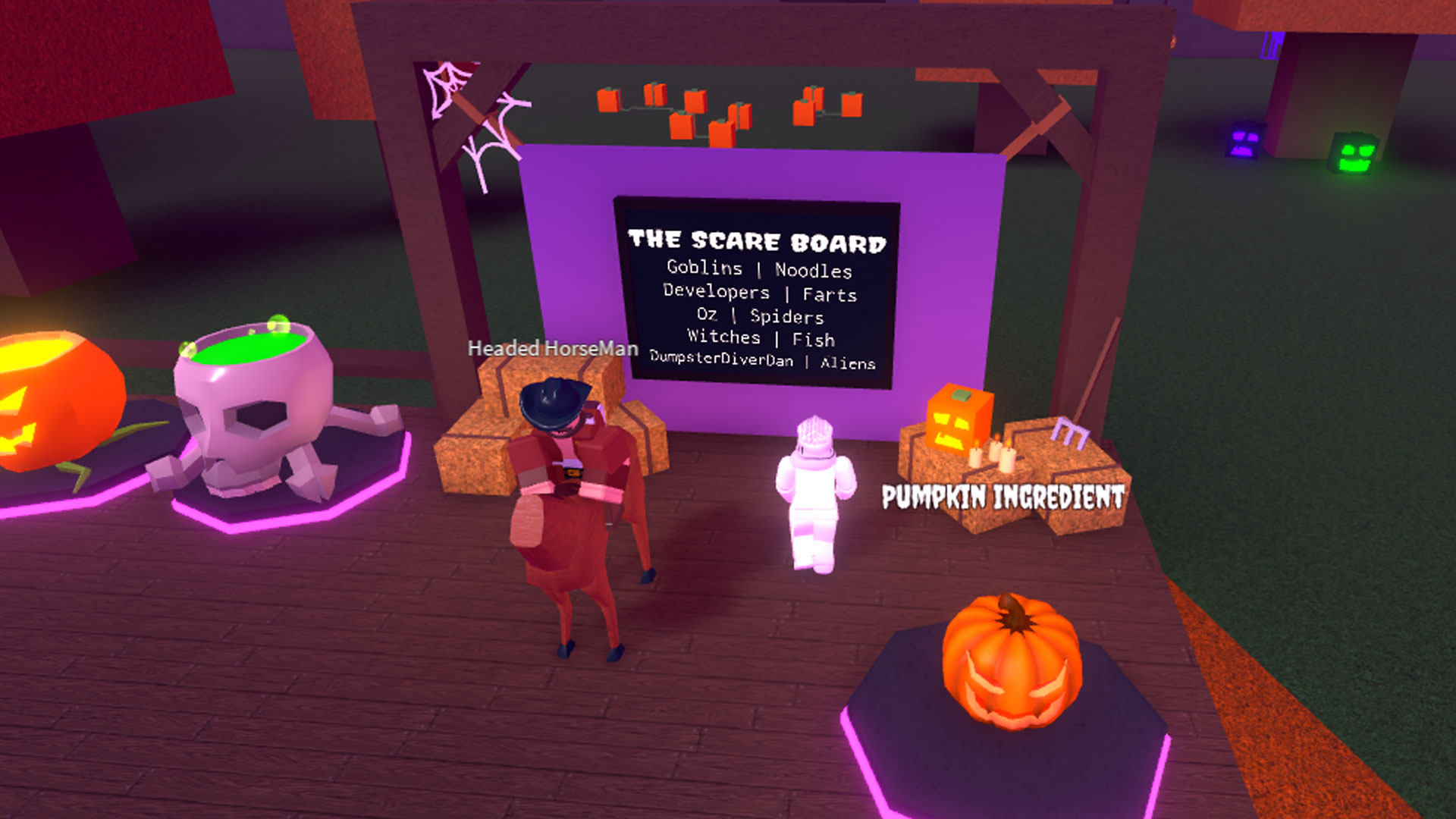 With Wacky Wizard‘s Halloween update in full swing, a bunch of new stuff has been added to the popular potion-concocting Roblox game. From new ingredients to new skins to new Scare Boards – which task you with creating potions to obtain Candy Corn – there’s lots of spooky fun to get your teeth into. Right now, though, one of the tasks you need to do is a bit of a mystery as it involves scaring the developers with ‘farts’. In this guide, we’ll explain how to scare the developers in Wacky Wizards. So, without further ado, let’s get into it, shall we?

Scaring the Developers in Wacky Wizards

[16 Oct. Update: It’s worth noting that the potions change from time to time on the Scare Board. Today, the developers need to be scared by a ‘Warts’ potion. Follow the same footsteps as below, but just create the specific potion that’s being asked for. For example, if the Scare Board asks for a ‘Warts’ potion, create a ‘Warty’ one from a spider ingredient and give it to the developers and the Candy Corn is yours.]

To scare the developers in Wacky Wizards, you’re going to firstly need to brew a Cloning Farts potion. You’ll need two simple ingredients to make this: a Fairy and a Rotten Sandwich.

The description of this specific concoction describes it as: “Poo mini-me versions of yourself!” Oh no, that’s pretty yucky, right?

Once you’ve concocted yourself a Cloning Farts potion at your cauldron head on over to where the developers are standing. Once you’ve found them, drink the potion and then interact with them. Check out the picture below, if you’re finding it tricky to locate the developers:

Next, Foryxo and Jandel will then say: “AHHHhhhhhhh we didn’t even know that existed.” And then you’ll be rewarded with 20 Candy Corn for your troubles, which you can use to buy lots of cool items like skins and the new pumpkin ingredient.

And that’s everything you need to know about how to scare the developers in Wacky Wizards. If you’re wondering how to get the gun ingredient or the alien parasite, we’ve got you covered. And for more on the game, be sure to search for Twinfinite.