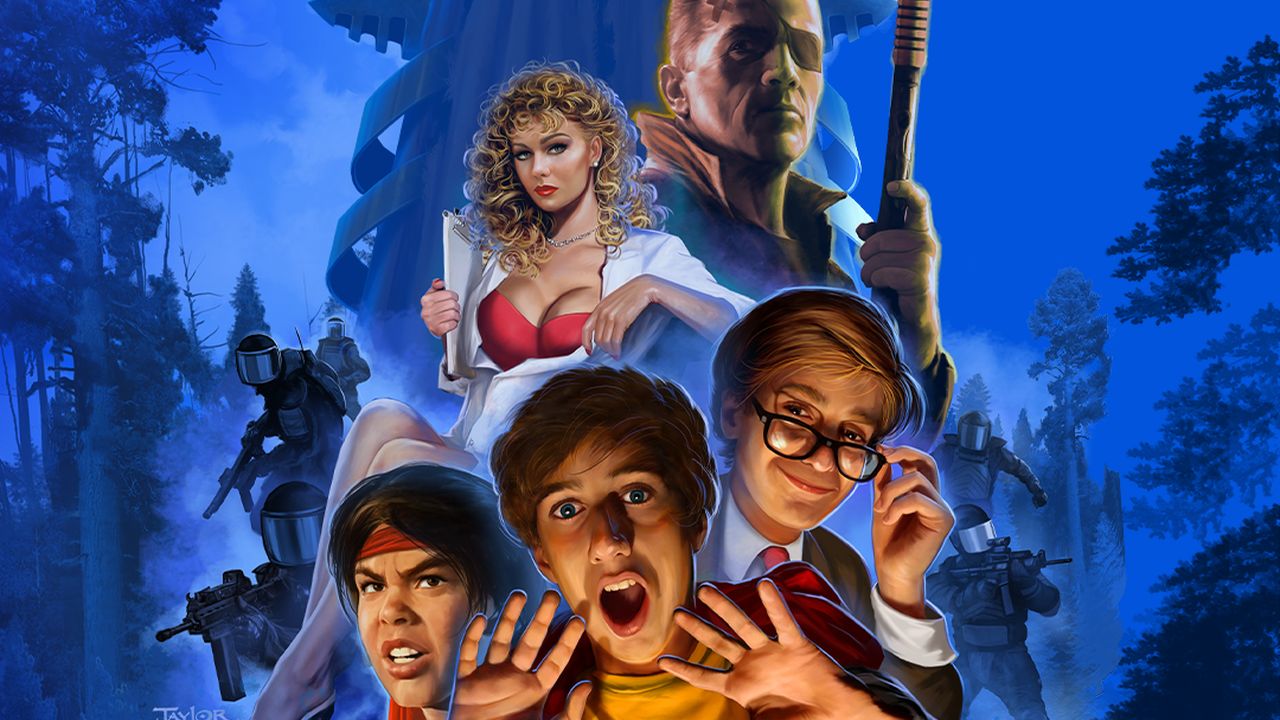 With the tidal wave of 80s-inspired nostalgia right now, it’s safe to say that retro is well and truly back in fashion. From TV shows like Stranger Things and Cobra Kai to movies like Drive and Donnie Darko, the eighties seem to give us a bunch of warm, fuzzy feelings inside. With that in mind, we may have discovered a bodacious point-and-click adventure that could scratch that specific, aforementioned itch: Epic Llama‘s Unusual Findings.

Specifically, the title is set to launch on PC (via Steam) later this fall. However, the Argentina-based developer has now announced its Kickstarter stretch goals, which include Nintendo Switch, Xbox Series S/X and Playstation 4 and 5 versions of the game.

Accompanying the news is a freshly cut trailer, which you can check out down below:

Of course, there’ll be lots of branching paths, traditional point-and-click gameplay, puzzles, fully voiced dialogue, and minigames in Unusual Findings, but there’ll also be a signature coming-of-age narrative about friendship, overcoming adversity and a mysterious otherworldly force at the heart of the game, too.

But don’t just take our word for it. Those of you on PC can go ahead and download a free demo of the title direct from Steam right now.

For more information about the game, here’s the gist courtesy of an official press release we received today:

8 bit point-and-click adventure, Unusual Findings, is not only showcasing a brand new trailer, but also revealing its Kickstarter stretch goals: the game is set to be brought to consoles, including Nintendo Switch, Xbox Series S/X and Playstation 4 and 5.

Having reached the halfway point of its funding and with 16 days left on Kickstarter, Epic Llama Studios are also revealing additional community-led targets: a figurine of Ralph, one of the game’s memorable characters, as well as a physical boxed edition of the game.

Set in the 80’s and inspired by genre classics such as Monkey Island, Day of the Tentacle and Sam & Max Hit the Road, Unusual Findings sees players join three teenagers – Vinny, Nick and Tony – as they uncover mysteries in their hometown.

Whilst trying to decrypt a pay per view adult channel (as you do), they pick up the distress signal from an alien spaceship that’s crash-landed  in the woods near their town. Things only get weirder as they realize that the towering alien has begun killing members of their community.

With a non-linear plot that that’s unique for the genre, pixel-perfect art, and fully voice acted, it’s time to go back to a simpler era where mix tapes were a thing, Commodore 64 was king, kids could play outside late at night and the only thing to worry about was THE GIANT KILLER ALIEN TRYING TO GET YOU AND YOUR FRIENDS.