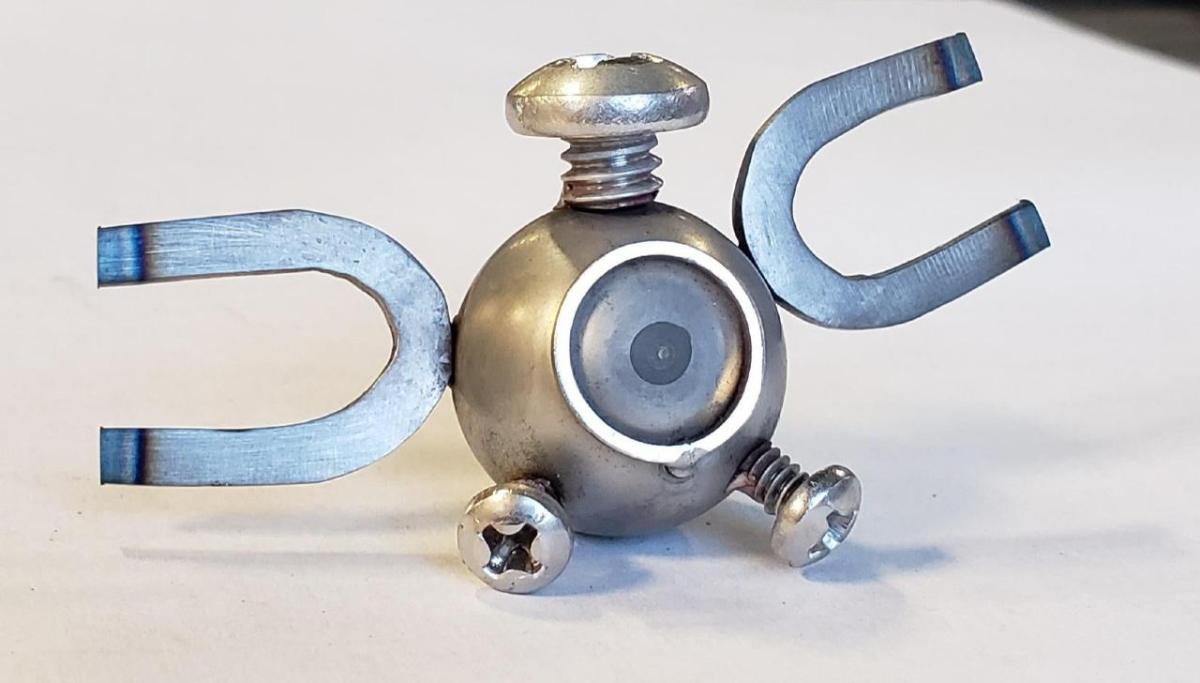 It is always fun to see what craftsmen are able to do in their spare time, especially when they are into cool, nerdy stuff like Pokemon fan and Reddit user macarthurbrady. As you can see in the post below to the Pokemon subreddit, this talented welder has been creating some beautiful works of steel art on his lunch breaks.

In the images, we see the hand-crafted Steel-type Pokemon that the welder made from scraps during their lunch break, including a Magnemite and a lot of adorable little Meltans. When asked if these items were for sale macarthurbrady said that they eventually hope to get a store up and going on Etsy, though it would mostly be for fun:

I’ve thought of this, but I don’t think I could make enough to even get in their radar haha. They are small but actually take about an hour+ each to make. I sold the first batch to people in a local pokemon group who used them as stocking stuffers for their kids on Christmas. That was awesome to me. They won’t ever be sold just to make money, more for people who just want to collect and like good craftsmanship haha. It would not be worth my time to make a ton of them

Plus, I wouldn’t just make pokemon. I’ve made cats, owls, elephants, camels, etc for my wife and family.

Here is to hoping he continues this cute side project, and that he can come up with some other cool creations, like maybe Metagross? Let us know what you’d like to see them make or just how you feel about their creation in the comment section below.

While you’re here, be sure to check out all of the other Pokemon-related content we’ve got for you below. That includes articles on Pokemon Cafe Remix, an in-depth Pokemon Legends: Arceus trailer, and these crazy Hyrulean Pokemon crossover concepts. We’ve also got plenty of other Nintendo stuff, including stories about Zelda, Mario, Monster Hunter and so much more.