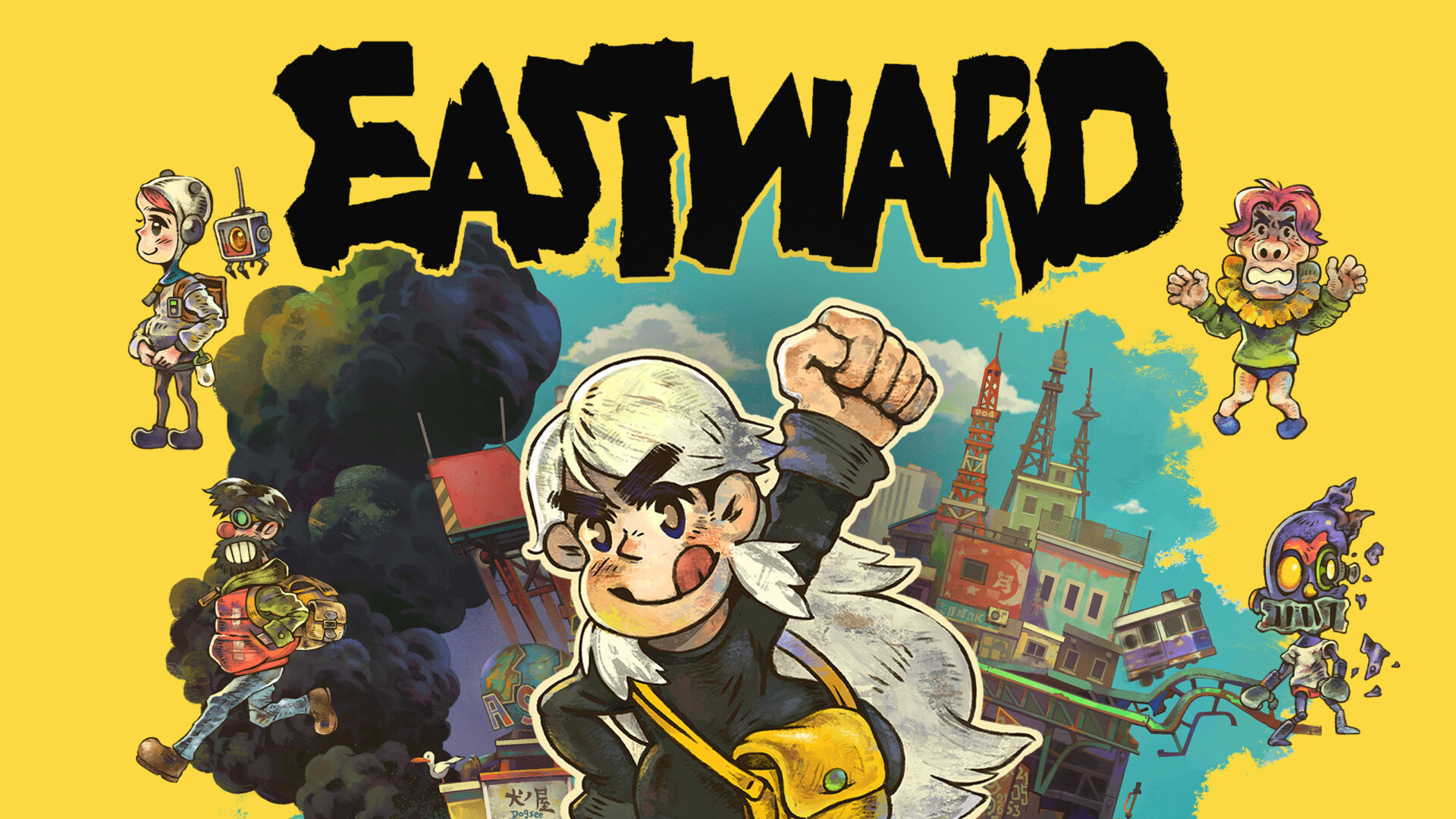 The 2D pixel art aesthetic is back in vogue, as it has been for the better part of the last decade when we entered an indie games renaissance of sorts. And all of a sudden, we were getting charming-looking 2D pixel art games in spades. From the popular farming sim Stardew Valley to this year’s Loop Hero, it’s truly been an embarrassment of riches, but it’s not often that we get a game that looks as rich and sumptuous as Eastward does.

Developed by the Shanghai-based indie studio Eastward and published by Chucklefish, Eastward immediately caught my attention (and that of many others) when it was first unveiled, thanks in no small part to its eye-catching steampunk aesthetic.

Before I even get into the meat of the game, I feel I must note that, yes, the final product looks every bit as beautiful as it did in its early promotional materials and trailers. Every screen is awash with this slightly muted color palette; the animations are crisp, right down to the clouds billowing slowly in the air when you get a moment to stop and smell the roses. The character designs are funky and unique, and they all feel extremely expressive and emotive even when you’re just reading lines of dialogue in a box, and watching them cycle through familiar reactive animations.

The music is appropriately groovy and chirpy to match the game’s vibe as well. The bass guitar takes center stage when you’re in a bar that’s deep underground, and the strings kick in when you finally reach the surface and see all that nature has to offer. Eastward is an absolutely beautiful game, and even if you end up not being a fan of its other more tiresome aspects, the visual and audio design itself might just be enough to compel you to see it through.

Enough praise about how the game looks and sounds, though; Eastward starts off with a fairly grim premise. The world has been destroyed by a poisonous miasma, and society now lives underground as it’s not safe to even peek out to the surface. At least, that’s what you’ve been told.

Players take control of John, a silent stoic man who works at the dig site. One day, he comes across a young girl named Sam, who’s unconscious in the ruins. No one knows where she came from, but John takes her in and raises her as his own. As you might’ve guessed, Sam is no ordinary girl, and it’s not long at all before strange things start to happen, and the two are thrust into a whole new adventure on the surface world.

Right off the bat, the world of Eastward feels rich and lived in. The game begins in the underground city of Potcrock Isle, where any talk of the surface world is forbidden, and if you’re caught breaking the law or spreading harmful rumors, you’re banished and never allowed to return. It’s actually rather dark, despite the upbeat nature of all the NPCs in general and the funky music; a boy whose father was banished to the surface world for fantasizing about its beauty is harshly bullied and ostracized at school, and Eastward also flirts a little with class divides in those early hours.

As oppressive as the environment is, though, Eastward manages to keep the tone fairly lighthearted throughout its entire runtime. Potcrock Isle’s color palette uses mostly dark colors with neon splashes to keep things looking vibrant, creating a very grimy, but retro feel to the place. The kids crowd around an old game console outside a shop after school each day, hoping to finally beat the final boss, and you can buy a memory card for Sam to let her join in on the fun as well. It feels nostalgic and comforting, and that’s probably Eastward’s greatest strength.

The gameplay department was where I found the game to be lacking a little. After the first couple hours, Eastward allows the player to freely switch between John and Sam so you can make use of their abilities to get through dungeons and solve puzzles. John is able to whack monsters with a frying pan and drop bombs, while Sam specializes in long-range magical attacks that can incapacitate foes for a short period of time.

You’ll also need to swap between them to solve environmental puzzles in dungeons, and those can become a bit of a drag, especially in the early hours. The entire Potcrock Isle arc simply drags on for way too long, and the dungeons get tiresome pretty quickly. You’re fighting the same ol’ enemies, and it certainly doesn’t help that the basic combat feels one-note and repetitive. While Sam’s magic does help to shake things up a little, it’s simply far more efficient to just spam the attack button to whack enemies with John instead.

The boss battles are the big highlight here, and those are more like giant puzzles you have to solve than anything else. Time a proper bomb throw at the right moment and you can stun a boss for a few seconds, or turn four valves at the right time to pump steam out from four different caves to force a boss out in the open so you can hit it. These fights are fun, I just wish the regular enemy encounters were a little more engaging, or that the game didn’t make those dungeons so damn long, forcing me to walk around and solve tiny puzzles while spamming a button for 15 minutes.

This issue is exacerbated especially as the game simply keeps teasing you with the allure of the surface world. “Green grass, blue skies!” Sam keeps shouting. It all sounds positively wonderful especially compared to the dingy areas of Potcrock Isle. There are a couple times where the game tricks you into thinking that you’re finally going up to the surface world, only to wrench you back into the underground to force you to go through another dungeon before you’re finally allowed up there.

So yeah, the first few hours of Eastward are a little rough, but the payoff certainly was worth the wait. Once you do finally travel up to the surface world, it feels like an entirely new game. The combat mechanics are still one-note and repetitive, but even the dungeons get a fresh new color palette, new music, and everything just feels so much more vibrant and alive. Eastward opens up pretty quickly from there, the story picks up quite a bit, and it becomes a far more enjoyable experience as you go through this coming-of-age journey with Sam and learn more about her mysterious past.

Before I knew it, my initial skepticism and complaints had begun to evaporate. Even as a silent protagonist, John manages to exude so much personality from his non-committal shrugs and sighs, and he and Sam play off each other so well it’s hard not to feel endeared to them. Everything about Eastward just feels immediately magical and nostalgic, and while my gripes with the combat and stretched out dungeon designs never really went away entirely, Sam’s journey is still one I’m glad I went on in the end.