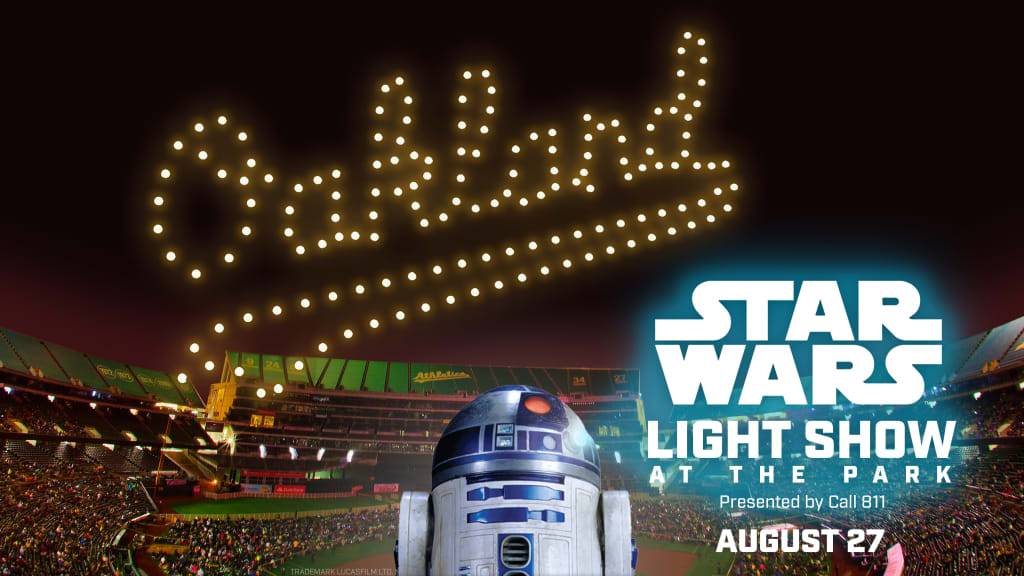 Whether it is the actual games they play or the fireworks they shoot off to celebrate, baseball has always managed to do some amazing things when it comes to entertainment. The recent Star Wars tribute that the Oakland A’s just pulled off might be the best one we’ve ever seen.

As you can see in the post below, made to the Star Wars subreddit by imflukeskywalker, the Oakland A’s baseball team put on quite the performance using drones.

Set to The Imperial March, the tribute shows everything from the Yoda to R2D2. Near the end of the performance, the drones even have a lightsaber battle and also manage to blow up the Death Star using a baseball bat. It was an amazing thing to see, and is made even more special knowing that Oakland is the birthplace of Mark Hamill, aka Luke Skywalker in Star Wars.

The show was put on by a company called Sky Elements, who had the following description of the event:

On August 28th, 2021, The Oakland A’s MLB team treated the audience to a professional drone light show, a first for any Major League Baseball team.

This show was Star Wars themed light show and utilizes 200 drones flying in formation. Fan favorite characters such as R2-D2 and Yoda were featured as well as an exploding death star.

The Sky Elements team had a blast creating this drone show and ran with the concept of Star Wars and baseball, displaying the similarities between the two. Light sabers turning into baseball bats, and a baseball turning into the Death Star are among some of the creative ideas that play out in the sky above Ring Central Stadium. Of course we had to start the show off with the Star Wars logo rising up from behind the stadium to start the show.

Those articles include a trailer for the Star Wars Redemption fan project, a look at Star Wars: Visions, and info about the SWTOR Legacy of the Sith expansion. We’ve also got a lot of personality and trivia-based quizzes for the franchise as well, so be sure to check them out.