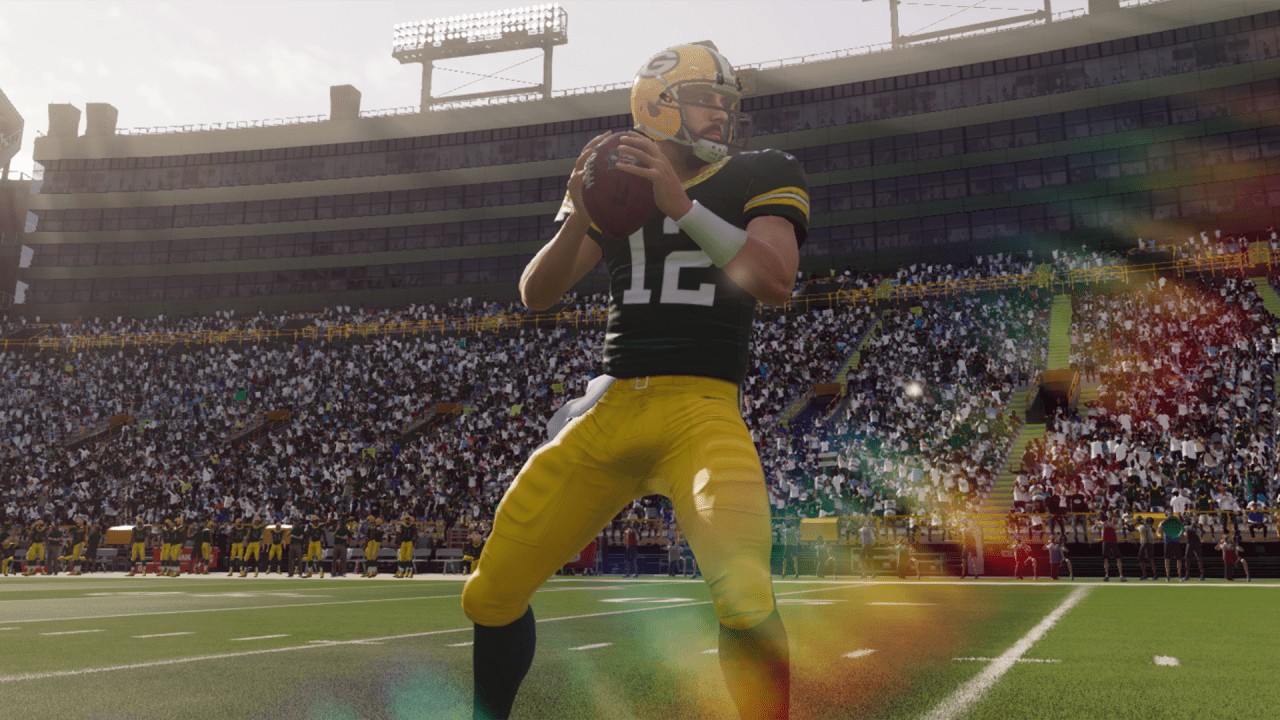 The “Throwin’ Dots” achievement in Madden NFL 22 requires you to throw a touchdown pass using the “low throw” mechanic. This is one of the easiest achievements in the latest edition of Madden, but there are a few tips that can help make it even easier, and we’ve got them all laid out in this guide. Players on the newest generation will be rewarded with 40 Gamerscore, while Xbox One players will actually earn 50G, a circumstance of the One edition having three less achievements. Two methods will be discussed in this guide, one that requires two controllers or players, and another that requires just one.

Getting the Throwin’ Dots Achievement in Madden NFL 22

For those of you who followed our guide for the “Primetime” achievement, this method will be very familiar. If you haven’t unlocked that achievement yet, you could even try and double up on achievement with one play, if you’re so inclined. Load up and Exhibition Match with one controller per team. If you don’t have a second controller handy, you can have a friend help out online instead. Choose to play as the Kansas City Chiefs; your opponent of choice does not matter. When the coin flip is performed, make sure that the Chiefs receive the ball, either by electing to receive or by having the opponent defer.

Return the kickoff as far as you can (but don’t score). When you line up for the first play from scrimmage, choose any quick passing play from your playbook. More importantly, have the defense run a field goal block. This can be found by choosing “Play Type”, then “Special”, and selecting a field goal block play. Obviously, you aren’t kicking a field goal, but the whole defense will rush you and leave your receivers wide open. Hold the left trigger to throw a low pass to Tyreek Hill, wearing number 10, and run the fastest player in the league down for an easy touchdown.

With one controller, unless you have a friend to boost online with, you’ll need to unlock this against the AI. Once again, choose to play as the Chiefs, and set your opponents as the Atlanta Falcons. The Falcons have the worst pass coverage in the NFL, so this should help open up as many touchdown pass opportunities as possible. Use deep ball throws to work your way downfield on offense, and try to get yourself inside the Atlanta 5-yard line. Here, run some quick outside pass plays to either the cheetah, Tyreek Hill (#10), or the strongest of the receiving core, Travis Kelce (#87), who can bulldoze his way over the goal line.

Make sure to hold left trigger as you pass, in order to make it a low throw. Cover player, Patrick Mahomes is a scrambling wizard, so don’t be afraid to run out of the pocket and throw dump-off passes to the goal line if you feel pressured. The catch does not need to be made in the endzone for the achievement to unlock. All that matters is that a low throw results in a touchdown on that play, and you’ve got four plays against a garbage secondary to make it happen. If not, try again on your next drive.

You’ve still got a way to go before you fully complete Madden NFL 22, but with “Throwin’ Dots” out of the way, you can focus on the more difficult achievements. Overall, this achievement list is a significant downgrade in difficulty compared to other EA Sports games, so make the best of the moment while it lasts, achievement hunters. The NBA 2K22 achievements likely won’t be as pleasant.