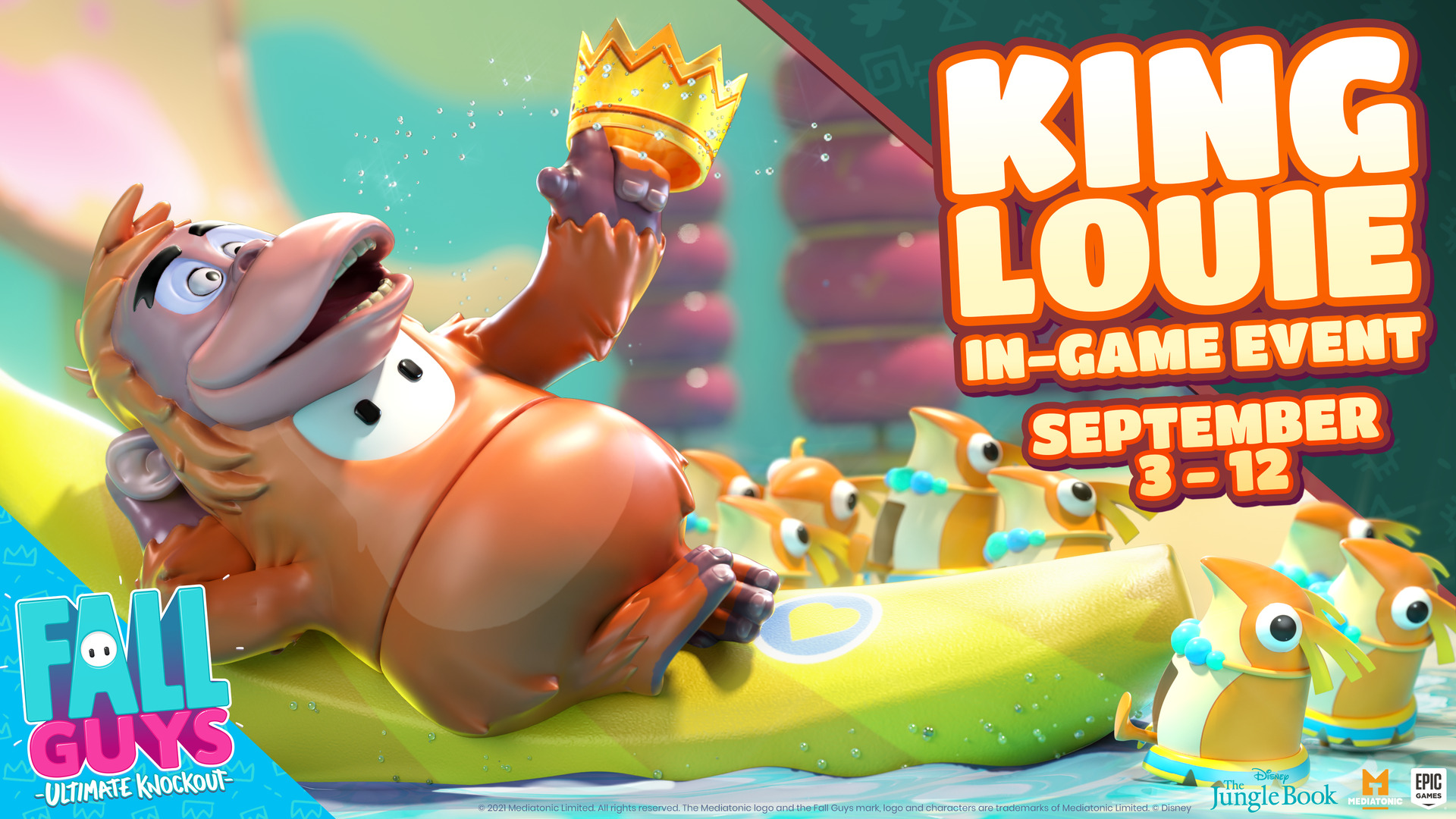 It’s been a whirlwind 12 months for Fall Guys, the battle royale party game that exploded onto the multiplayer scene last year and hasn’t let up since. The game is now in its fifth season of content, and now there’s a new Jungle Book-themed in-game event to look forward to.

The limited-time event details are as follows:

“Take on regal challenges straight from the throne of King Louie, rack up points and unlock bountiful Jungle Book goodies!

Fall Guys is available on PlayStation, Xbox, and PC platforms. The game was announced as coming to Nintendo Switch, Xbox One, and Xbox Series X|S this summer, but was delayed to later this year.