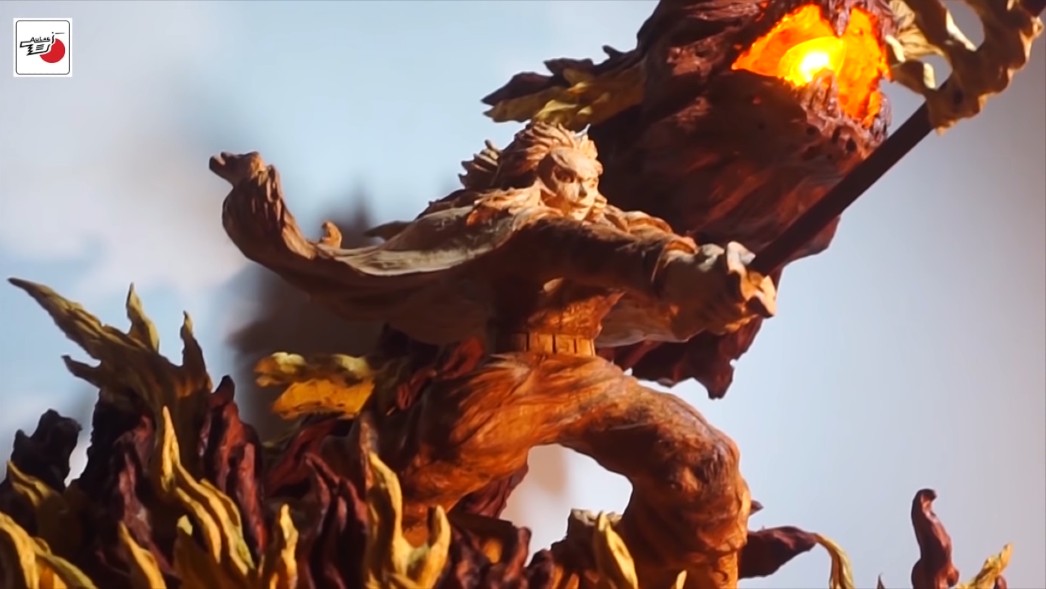 Demon Slayer may have only had one season and a movie adapted so far, but that hasn’t stopped fans from loving the series, due in special part to its cool characters. And while Tanjiro, Nezuko, Inosuke, and Zenitsu will always be best boys and girl, Fire Hashira Kyojuro Rengoku has quickly shot up the ranks amongst the fanbase because of his awesome design, combat prowess, and eccentric nature.

As a way of commemorating the Demon Slayer character’s quick rise to popularity, Woodart Vietnam recently made an amazing wood carving of Rengoku. And as you can see in the video below, it came out absolutely amazing.

Over the course of 28 days, Woodart Vietnam created the piece above, which they titled Demon Slayer: Rengoku Wood Carving – Glowing Tiger Flame. In total, they used three different types of wood to create the statue: Redwood and Jack Fruitwood to make the Tiger flame and mahogany to make the body of Rengoku. Three color combinations were also added to make the statue really pop.

Anyone that would like to get their very own Demon Slayer: Rengoku Wood Carving – Glowing Tiger Flame can purchase it right here. Just beware that it isn’t cheap, costing $2,200 at the time of writing this. On the site, you’ll also find plenty of other amazing carvings from your favorite anime, comics, and movies, including plenty of Attack on Titan, DC, and Marvel-based ones.

If you’re still on the hunt for more anime content, be sure to check out all of the news, features, and meme posts down below. That includes plenty of Demon Slayer-oriented stuff, including why you should want the movie and even a handful of quizzes, ranging from personality to trivia.