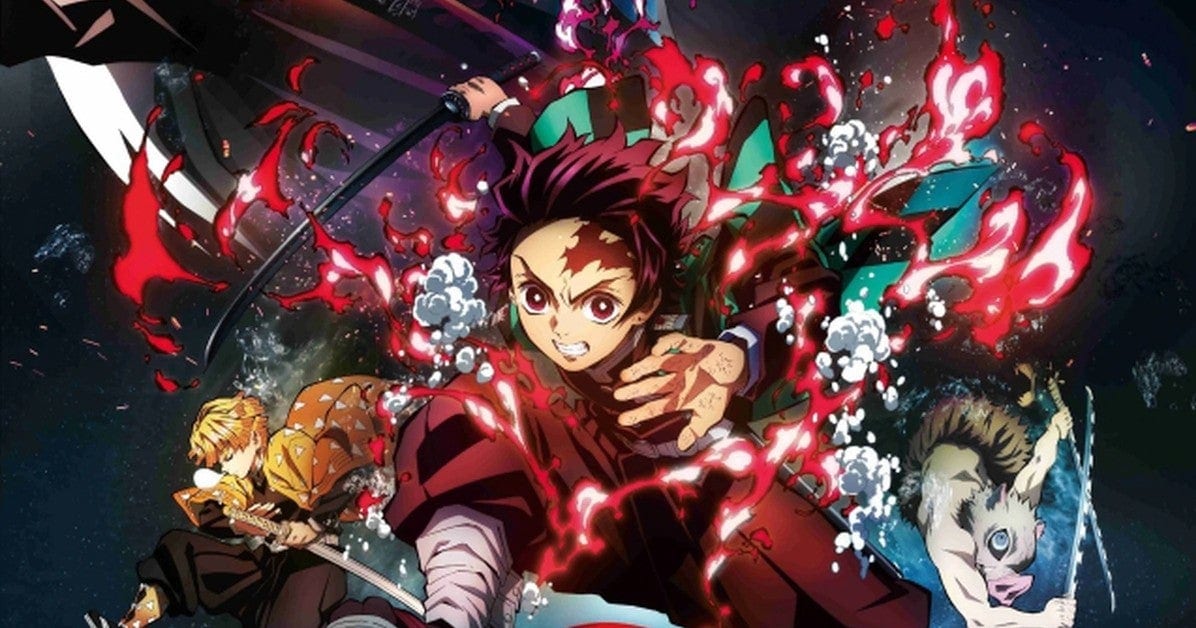 It’s not exactly a secret that the Demon Slayer movie is a breakout hit. It shattered records to become the top-grossing film in Japanese history, and its run in the U.S. won’t even kick off until later next month.

With that said though, some might still be on the fence about seeing it, which is why we’ve compiled four reasons to board the hype train for the film’s U.S. release.

The first season of Demon Slayer boasted some of the best animation in the industry, and the Demon Slayer movie doesn’t fall short of that standard in the slightest.

In the trailers alone, one can make out plenty of gorgeous scenes that fall right in line with what the televised anime offered. Flames flicker and swirl, waves of water crash alongside the swing of Tanjiro’s blade, and characters move with a grace and purpose one can’t help but take notice of.

This will come as little surprise to anyone who has seen any of the past works of Ufotable, the film’s creator. Most all of their projects across both television and film are lauded as some of the best animated productions in the industry, and their skill has only increased with each passing year.

Granted, one wouldn’t be blamed for having high expectations of the Demon Slayer movie’s animation quality, what with it being a motion picture with an appropriately large budget. However, given Ufotable’s pedigree, it’s safe to say viewers can go into the experience expecting nothing less but the best visually and walk away satisfied.

If there’s one thing fans of Demon Slayer can attest to, it’s that the series has amazing fights, and the Demon Slayer movie is likely to be no exception.

In addition to their aforementioned skill in producing beautiful animations, Ufotable is also a master at fight choreography. Their scenes of characters swinging and dodging blades, or exchanging hand-to-hand blows, have a weight and fluidity to them that’s a blast to watch.

It’s worth noting, though, that this is what Ufotable can do with a budget for a televised anime series. With a film-sized budget, their limits for what they can achieve could be raised exponentially, with jaw-droppingly gorgeous and enthralling fights becoming the least that they can offer.

To that end, the Demon Slayer movie’s fights could well be some of the best fights seen in anime in a long while. Ufotable have put their full talent and skill behind it, and the arc it adapts certainly contains some good source material to work with.

Whether it’s in the original Japanese or English, an anime series or film’s dub can make or break someone’s enjoyment.

Fortunately for the Demon Slayer movie, both the Japanese and English voiceovers have been given the utmost care in terms of quality.

On the Japanese front, most every voice actor gives it their all in every scene. In particular, the voice actor for Flame Hashira Kyojuro Rengoku provides an amazing performance, lending the character all the weight and booming personality manga readers always imagined he would have.

This is to say nothing of the English dub. While it may not have been the primary reason for the delay in the film’s release, the quality of the dub has been a top priority for Funimation since they acquired its license, and something they’ve taken their time to perfect.

One needs look no further than the recently released dub trailer for proof. The voice actors for everyone from Tanjiro and Zenitsu to the new actor portraying Rengoku are giving it their all with each line, and there’s little doubt the full product will show this effort.

It’s Integral to the Series’ Story

This may be a bit of a drag for some, but the Demon Slayer movie is in fact crucial to understanding the overall story of the series.

Set directly after the events of the first season, it adapts a crucial arc in the series. Tanjiro and his friends all experience major character development through the story that transpires, and said development continues to be relevant throughout the arcs that follow.

As a result, those that don’t see it will be at a loss as to parts of what happens in the show’s second season and beyond. In particular, interactions with the rest of the Hashira won’t make as much sense, and the appearance of certain villains won’t have as much weight.

It’s a little frustrating, especially for those who aren’t big fans of cross media approaches to storytelling. However, it’s far the biggest ask of fans in the world, and there will be options for viewing the film digitally if viewing it in a theatre still isn’t an option upon its release.