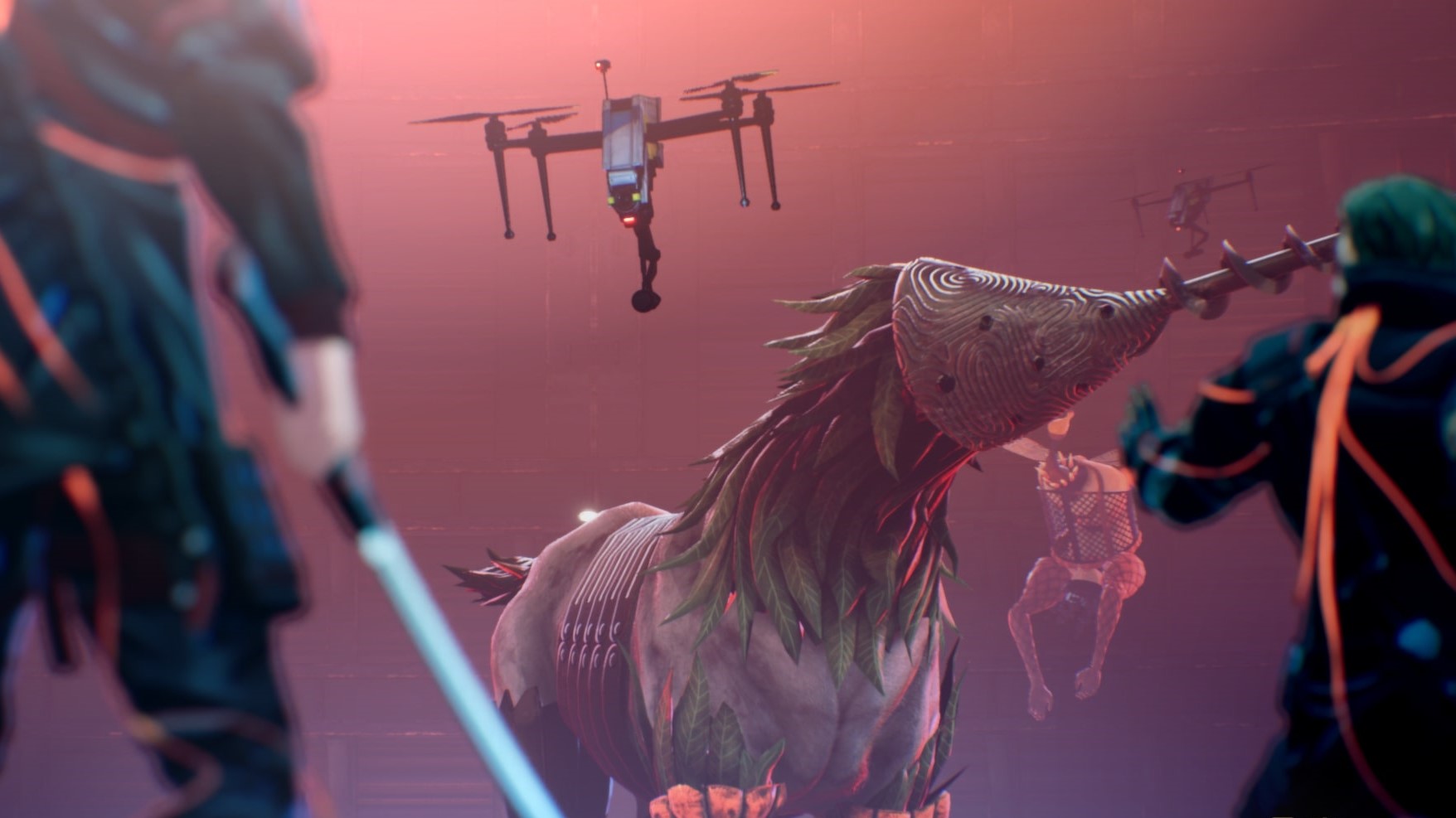 Scarlet Nexus is absolutely full of unmissable bosses that’ll give you a run for your money, but some of the mini-bosses and regular enemies can be tough to find and take down. If you’re having trouble with Auger Sabbat, we have some tips for you. Here’s where to find Auger Sabbat in Scarlet Nexus and how to beat it.

Where to Find Auger Sabbat in Scarlet Nexus

The location of every single Other gets recorded in the Library tab of the menu under the Enemies category. So if you ever need to know where to find an enemy, that’s where you should check. The Library will also let you know what materials that enemy drops after you’ve managed to defeat them at least once.

Auger Sabbat can be found in the Inside Abandoned Line area of Abandoned Line 9 as well as the late-game BABE Entrance area inside Togetsu. It’s pretty hard to miss, as it will usually charge right at you with its spiral horn once it spots you.

You’ll see this Other in a few other places throughout the game, but these are the guaranteed spawns. If you’re looking to farm it, simply fast travel out of the area, then return. Auger Sabbat will have respawned.

How to Beat Auger Sabbat

Auger Sabbat is basically the mini-boss version of the earlier ram-like Sabbat enemy, but it’s nothing to be afraid of if you attack it the right way.

The key to beating Auger Sabbat as Yuito is using Gemma’s Sclerokinesis to protect yourself from its high damage output. His ability will make you immune to damage for a short amount of time. As Kasane, Arashi’s Hypervelocity and Kyoka’s Duplication abilities are also useful for attacking quickly to strip its armor off.

Hit it in the head with your Psychokinesis multiple times to break the armor surrounding the spiral horn. Once the armor comes off, your teammates will urge you to attack. Aim for its head when it falls down to deal major damage and decrease its crush gauge and open it up to a Brain Crush attack.

On the defensive end, you’ll want to use Sclerokinesis to protect yourself or Hypervelocity to temporarily retreat when it covers the ground in a toxic substance. Luka’s Teleportation, Tsugumi’s Clairvoyance, and Kagero’s Invisibility are great for avoiding its charging attacks as well.

That’s everything you need to know about where to find Auger Sabbat in Scarlet Nexus and how to beat it. Check out our guide wiki for the game to see more tips, boss guides, and other general info.