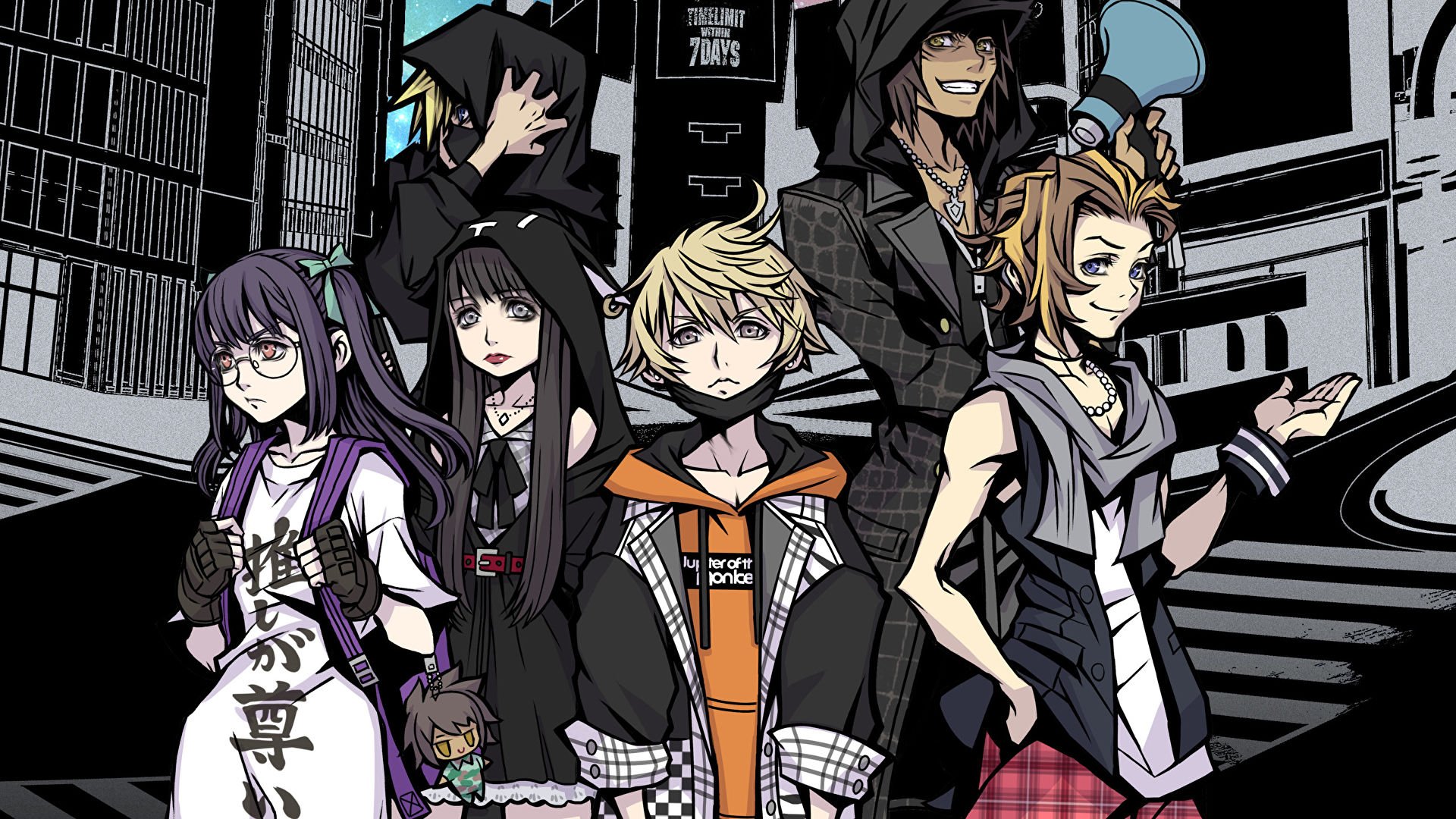 NEO: The World Ends With You Review on PS4

NEO: The World Ends With You is a sequel that fans have been waiting 14 years for, and this continuation won’t disappoint with its introduction of cool new concepts and characters along with a great soundtrack. Despite these strengths, however, its repetitive gameplay tends to miss the mark at times.

In this sequel, you’re brought back into the Reapers’ Game — a week-long competition in which the dead can compete in order to get a second chance at life. And this time, you play as Rindo Kanade. He’s a bit antisocial, living life with his face in his phone unless he’s talking to his close friend Tosai “Fret” Furesawa.

The prologue brings you into the Reapers’ Game suddenly, as Rindo and Fret are hanging out in Shibuya when they witness a number of Players fighting dangerous creatures known as Noise in the street. Once they become Players themselves, their journey begins as they need to use powers called psychs to complete missions given to them through the Reaper Networking Service (RNS) app that’s been recently installed on their phones.

The setup in NEO: The World Ends With You is quick and wastes no time before throwing you into a parallel version of Shibuya called the Underground (or UG for short) where the Reapers’ Game takes place. Eventually, Rindo and Fret join up with a girl named Nagi Usui and a familiar face from the first game, Sho Minamimoto, to form a team called the Wicked Twisters as they compete in the Reapers’ Game against other squads.

The setting will be familiar to fans of the first game, and the sequel makes it even more fascinating with a visual upgrade and a whole new cast of enjoyable characters who inhabit it.

The characters really make this game, with every single one in the main cast having something unique to offer in terms of personality. Each character has quirks that set them apart in a good way, making it easy to get attached to your favorites. This includes newcomers as well as plenty of familiar faces that received visual makeovers.

Fret is energetic, vibrant, and has a tendency to give everyone he meets a nickname, whether they like it or not. Nagi gives off similar vibes as Futaba from Persona 5, although she’s much more talkative and outspoken. There’s never a dull moment in her dialogue thanks to her dating sim obsession, general nerdy interests, and unpredictable mannerisms.

Minamimoto still makes constant, obscure math and number references whenever he opens his mouth, which can get irritating to listen to, but it makes for great moments like when Rindo pulls his phone out and starts looking up the words Minamimoto says as he’s talking. Rindo has the least in-your-face personality of the main group, but his laid-back demeanor is a great contrast to his more eccentric teammates.

Even the characters outside of the Wicked Twisters have distinct personalities that shine whenever you interact with them. Susukichi, a member of the Ruinbringers team, is as eccentric as they come. He’s loud, powerful, easily angered, and actually loves playing the Reapers’ Game. Shoka Sakurane is one of the first Reapers that the Wicked Twisters meet and she pops in every now and then to tease them, provide subtle hints, or just to hang out while on the job.

There are very few weak or subpar characters in NEO: The World Ends With You. Those engaging personalities help set up a few twists and turns in the plot, causing them to have more of an impact even if you see the twists coming. Even putting personality aside, most of the characters have a significant purpose within the story, giving them more meaning beyond having entertaining dialogue.

Thank goodness for those likable characters, because there’s a ton of dialogue and conversation to read and listen to here. Dialogue is given mostly in comic book-like panels with characters showing different emotions and expressions in different poses. This presentation is perfect for the art style, but there are also fully animated cutscenes for more major moments.

The week-long Reapers’ Game has you go through each day one by one as you start out. As you make your way through the week, you’ll learn more about the UG, the Reapers, and your team’s unfortunate situation.

You’ll also be treated to new song rotations in the soundtrack daily, which is important to note because almost every song is playlist-worthy. Sometimes, I’d even sit there without advancing the dialogue, or simply stand still just to hear new songs play out. I’d stall out battles for the same reason — just to hear more of a new battle theme.

There are tracks in both English and Japanese, and they all perfectly fit the mood or tone of the scenes that they’re used in. Some songs have two versions in different languages, and it’s beautiful.

NEO: The World Ends With You is a linear experience, so there isn’t much in the way of decision-making or freedom to do what you want. Each day has a challenge that needs to be completed, and there are usually very few ways to get that done.

That’s not necessarily a bad thing, but it feels like the game holds your hand through challenges for the majority of the experience. Your team members will regularly tell you which abilities to use and how to solve problems that arise. That’s realistic when working as part of a team, but it doesn’t make for the best experience in a game.

The game is also repetitive in the way that many of the main plot obstacles are handled. On several of the days, the team will wake up, Rindo will have a vision, it’ll come true, and you’ll need to turn back time using his psych to fix the often life-threatening issue. You can see exactly what’s about to happen and how, but still have to play through it anyway.

There are plot-related reasons for the time travel, but the process repeats so often that it becomes extremely predictable and played out. So much so, that it begins to feel like padding because of the near-identical ways that these time travel instances get resolved.

The plot is no doubt an interesting one, but the pacing can feel slow because of the way each day is structured. Most plot details are provided in tiny bits near the end of each day, but to get to those bits of info, you need to go through a number of days that feel too similar. Some days even have the exact same challenges with insignificant alterations made to the tasks given.

Each day more or less follows the same gameplay loop, and combat is part of that loop. The UG version of Shibuya is full of monsters called Noise, and the Wicked Twisters will be fighting plenty of them. Your team uses items called Pins to fight using psychic powers.

Each team member can be assigned a Pin, and each Pin allows you to use a psych that corresponds with a different button on your controller. So essentially, you control every character on your team in battles by pressing the button assigned to a Pin in order to use its psych. When you use a psych assigned to a character, you start controlling that character. So, in battle, there’s constant character switching as different psychs get used.

You’ll want to use as many as you can, too. Attacking the same enemy with different psychs starts Beatdrop combos that can lead to even more powerful moves if you’re able to maintain a combo. The psychs all have meters that run out and refill, so combat provides a decent challenge when it comes to paying attention to your meters as well as enemy attacks. And for those who think it’s too easy, the difficulty can be raised at almost any point in the game.

The best part about the combat system is that there are hundreds of Pins to collect throughout the game, meaning there are hundreds of psych combinations that can be used in battle. It’s all up to you to find which combinations work best for your play style. And if you do well in battle, your Pins get upgraded and you’re rewarded with even more Pins through a grading system.

As you battle, your team gets hungry. A number of shops around Shibuya can be entered to buy food for permanent stat increases, or clothes for passive perks and stat boosts, which adds another element to the combat.

Some character-specific psychs are also available outside of combat as you explore Shibuya: Fret can force people to remember things that they’ve forgotten, Nagi can dive inside of peoples’ minds to cure them of Noise possession, and as mentioned before, Rindo can time travel.

A lot of the gameplay from day to day feels far too scripted, though. You have all these cool powers at your disposal, but you can only use them in very specific situations when the game tells you to. For instance, Rindo can time travel, but only when a serious or unfortunate event takes place and the game automatically rewinds for you.

This happens several times and it would be nice to have more control over what your characters do and when. The time travel is interesting from a plot perspective but tedious from a gameplay standpoint.

The main tasks in the game can often only be tackled in specific ways that the game allows, without much room for creativity or freedom outside of choosing which Pins to fight with and which gear to equip. There are some good puzzles that you’ll need to solve on your own, but they become less frequent as you progress.

NEO: The World Ends With You is a game that gets carried by its intriguing world, creative lore, lovable characters, and of course, its amazing soundtrack. These aspects of the game will keep you wanting more as you trudge through the tiresome day-to-day activities that get thrown at you.

The Reapers’ Game and its Players grip you tightly from the start, but that grip starts to loosen as the days start to blend together. Significant, engaging plot moments don’t seem to happen often enough until the game starts coming to a close, but by then, I was trying to speed through repetitive gameplay segments just to get the story to advance.

Longtime fans of The World Ends With You may not have an issue with this slow gameplay loop because of all the great callbacks to the first game, but it does end up feeling like the game could’ve been a shorter, more enjoyable package if some of the days didn’t feel so padded.

NEO: The World Ends With You