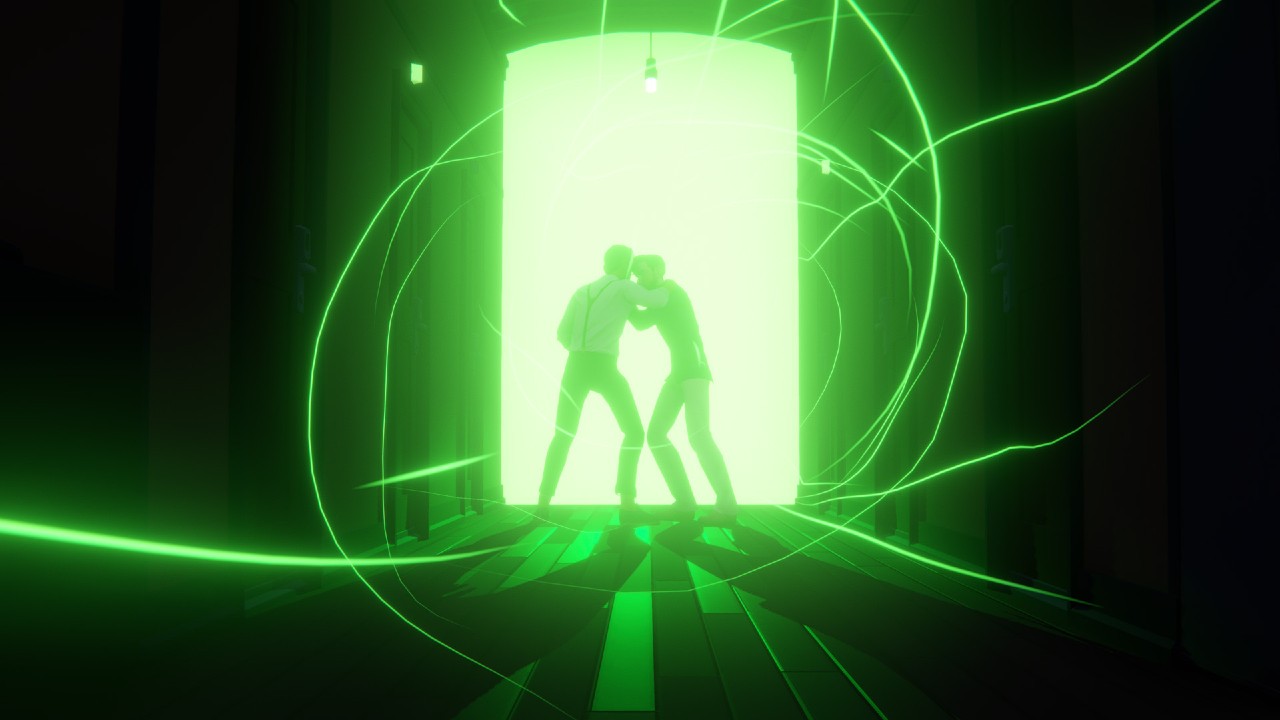 As an avid fantasy book reader, I’m a sucker for a narrative-driven adventure that tells a story through multiple points of view. Novels like Game of Thrones allow you to view the ongoing events of the overall plot through the lens of multiple perspectives, changing how you perceive them as a result. So when Last Stop was revealed back in 2019, its multi-character sci-fi focus immediately caught my attention.

The three stars of Last Stop are an interesting group, as overworked middle-aged dad John, spaced-out high schooler Donna, and ruthlessly ambitious professional Meena simply couldn’t be more different. I honestly loved the contrast of these characters right off the bat, as each experience allowed for various themes and tones to be expressed.

With John, you have a story about fatherhood and hardship; through Donna, there’s plenty of lessons about growing up and trust; and with Meena, work-life balance and family take center stage.

Regardless of which story interests you most, Last Stop requires players to get through each of them in a chapter-by-chapter format. To progress to every stage, you’ll need to play through each of John, Donna, and Meena’s experiences.

At first, I didn’t really play favorites in terms of which character I liked to play as more, as the gameplay loop was pretty identical in each. For the most part, you just walking around linear routes while talking with NPC through timed dialogue choices.

While your choice of answer does make conversations vary slightly, it doesn’t affect the result of the situation. No matter if your response was sassy or nice, each event still ends the same way.

And while each character has some gameplay twists, they don’t really add to the overall game. The unique gameplay for John is a simple button variation mini-game, where Donna’s had me performing tasks like throwing bottles or deleting pictures on her phone.

Meena is the only exception to this, as getting to control her and investigate an area was entertaining and took a bit of skill. Getting through this section required me to find notes, keys, and passwords that could only be found by looking around.

Sadly, I only got to do this once near the end of the game. The rest of Meena’s sections were pretty streamlined, with the game simply having me move the cursor around so that she’d be looking at a particular area in order to get some information.

Thankfully, these shortcomings didn’t matter all too much since the narrative more than makes up for it. As things progress, each story sinks its hooks into you with a unique mystery, including body-swapping, magical portals, and a strange angel-man.

Thanks to this, pretty much each chapter had me on the edge of my seat for each character wanting to find out more. One section I couldn’t wait to play as Meena first, where another had me itching to find out what was happening with Donna. If I had to pick a favorite, though, it would be John.

Despite being a story about body-swapping with a stranger, John and Jack’s odd couple situation is oddly relatable and wholesome. A lot of this has to do with Molly, John’s daughter, who steals the scene every time she is there with adorable quips and hilarious opinions.

It’s also quite comical to see John and Jack try to bumble their way through each day trying to be the other person, with the two even trying to plan out each other’s day in a heist-like conversation. While that may sound like an odd scene, the result was so funny it had me in stitches.

Unfortunately, as much as I loved the story for the first part of things, Last Stop really starts to fall apart in the latter half. Characters start to make decisions that seem either stupid or out of line with their personalities, and events occur that aren’t really explained that well.

While interesting, the progression of Donna’s story ended up being the most disappointing, as little to nothing is explained about her situation or the antagonist that she faces. What does the angel-man want with her? What are his powers? It literally never gets explained.

And though Meena and John’s stories make a little more sense, even their situations felt unnatural for the sole purpose of tying each narrative together. As a result, when they all meet up, the entire thing feels forced and bizarre.

Without going into too much detail, each character finds themselves transported to a very strange setting, meeting up with one another through coincidence. The circumstances surrounding the entire thing are so out of left field that it felt like I was playing a completely different game as Chapter 7 progresses.

Eventually, they all make it back to London together, voguing to never talk about what happened to them. It’s at this point that the game completely loses me, as it gives an A or B decision for each character regardless of the choices you’ve made thus far.

Sure, that isn’t something that is entirely too unheard of for narrative, choice-based games. So what is the big problem? Pretty much every ending is a complete downer.

Seriously, there is probably one out of the six possible endings that wasn’t depressing, and even that one leaves someone wheelchair-bound. The whole thing is baffling, as the endings and the entirety of Chapter 7 completely undo all of the enjoyment I felt for the game throughout my previous six hours of playing.

When it comes down to it, Last Stop is an entertaining journey that just goes completely off the rails in its final half, failing to execute on the interesting ideas it comes up with at the start. I know that endings shouldn’t take away from the ride, but when you’re playing a title that is almost completely narrative and character-driven, I just couldn’t help but feel a letdown when credits rolled.