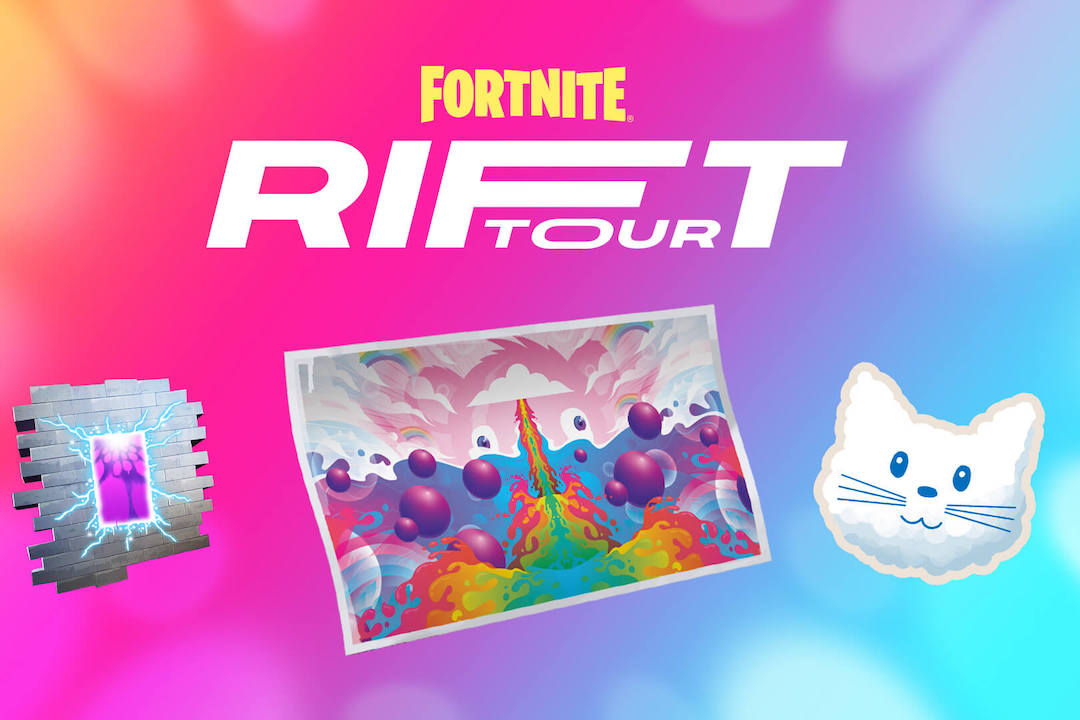 Fortnite is getting ready for its next big event with another big-time artist. The three-day music festival titled Rift Tour was announced by Epic Games and is scheduled for Aug. 6-8.

Fortnite announced the Rift Tour on Epic Games’ official website, giving players a chance to partake in another musical event. The game will have five shows in the next three days featuring a “record-breaking superstar.” Players can get access to the event once they register in-game and schedule the days and times that they plan on attending through the Rift Tour tab in the game menu.

Epic Games does suggest to fans that they must arrive an hour before showtime. The playlist for the tour should be live and accessible 30 minutes before the show. Fortnite also shared a tweet announcing the big event that drops in about a week.

Starting today, players who want to attend the event can begin unlocking rewards for the first round of the Rift Tour quests. These rewards include a Cosmic Cuddles Loading Screen, Riftsterpiece Spray, and a Cloudy Kitty Emoticon.

Players can also unlock rewards for the first wave of quests. By hopping on Fortnite between July 29 through Aug. 8, players can have the first rewards as they become available after logging in.

Last year, the game featured a similar event with artist Travis Scott, bringing in a record 12.3 million players when it happened on April 23. This astronomical event had Travis Scott debut a brand new track called “The Scotts.”

With another singer looking to join in on the fun, it seems like Fortnite is looking to one-up their previous event with the Rift Tour. Any idea who the featured artist might be?

More details will be unveiled for Fortnite’s Rift Tour on Aug. 2.