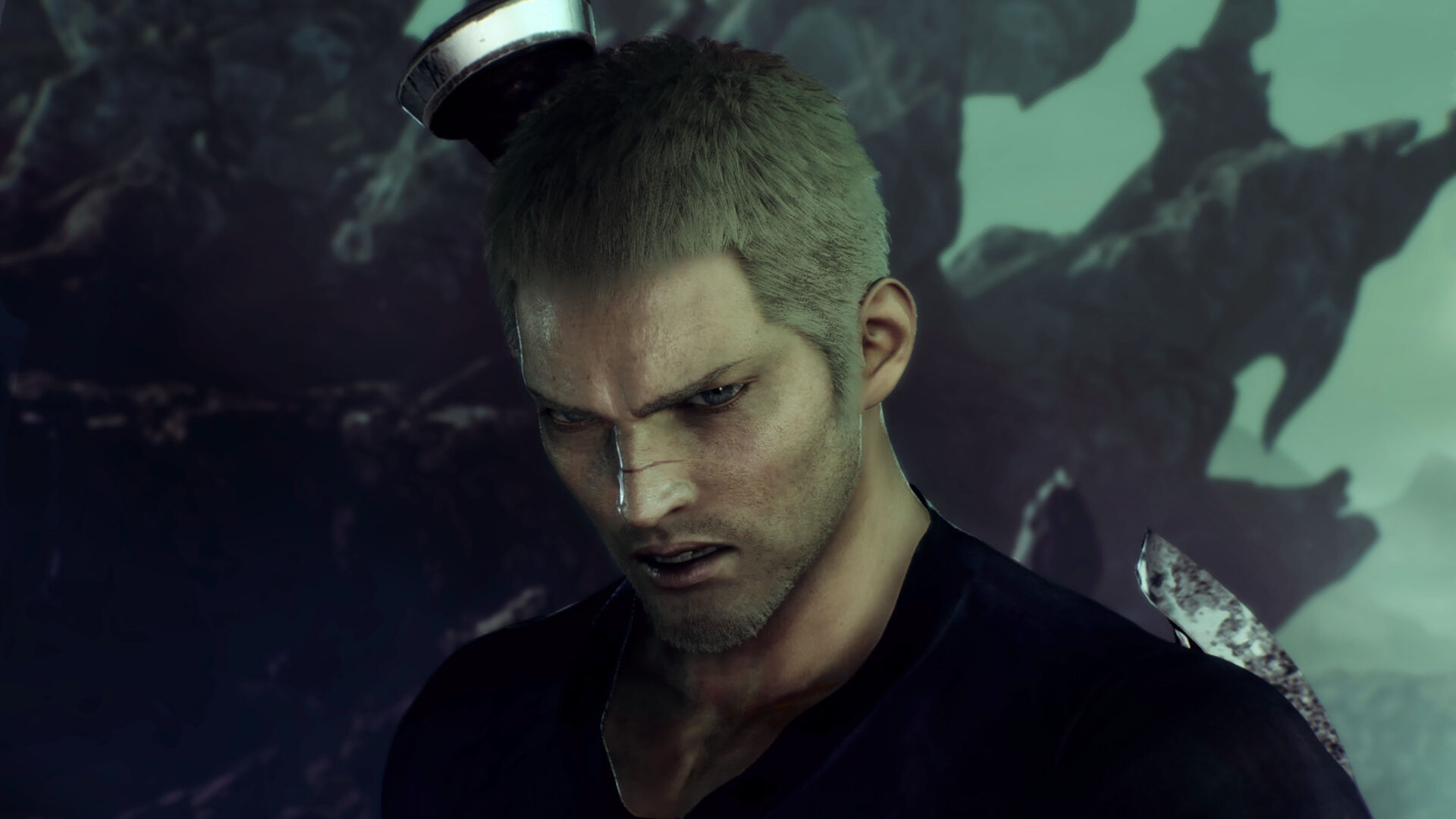 Following the reveal at the Square Enix Presents livestream, the publisher released the first screenshots and official details about Stranger of Paradise Final Fantasy Origin.

We get to see the game’s characters and scenes from gameplay, which is being developed by Koei Tecmo’s Team Ninja. On top of that, we also take a look at the key art.

You can check all the images out below.

Incidentally, the trial version of the game is available for free on PS5 right now, and will be downloadable until 2021 7:59 pm PDT. You will not be able to play it anymore once the trial period ends. Progress won’t carry over to the final version.

“SQUARE ENIX today announced STRANGER OF PARADISE FINAL FANTASY ORIGIN, revealed as part of the SQUARE ENIX PRESENTS livestream at E3. The new action RPG has been made in collaboration with Team NINJA from KOEI TECMO GAMES, creators of the NINJA GAIDEN and Nioh series, and brings a new vision to the FINAL FANTASY series. Players will be able to purchase STRANGER OF PARADISE FINAL FANTASY ORIGIN on PlayStation 5 , PlayStation 4, Xbox Series X|S, Xbox One and PC in 2022.

The STRANGER OF PARADISE FINAL FANTASY ORIGIN TRIAL VERSION was also announced during the showcase, which gives players the opportunity to experience a taste of the full game centering on Jack and his allies—Ash and Jed—as they throw open the gates to the Chaos Shrine. Burning with the resolve to defeat Chaos, and with the memories of their struggle buried deep in their hearts, are they the foretold Warriors of Light?

Players of the STRANGER OF PARADISE FINAL FANTASY ORIGIN TRIAL VERSION can explore this dark fantasy world as they battle an array of iconic monsters from the FINAL FANTASY series, using powerful spells and abilities from a sample of jobs including warrior, dragoon and black mage.”

The press release also included many comments from the team behind the game.

The initial concept for STRANGER OF PARADISE FINAL FANTASY ORIGIN came up around the time following the release of DISSIDIA 012[duodecim] FINAL FANTASY. I was thinking to myself about making my next game into one that featured action elements in which locations are conquered, rather than the kind with battles against characters. Some time passed without anything coming of it, but separately I was also thinking to myself about another plan for a new series of FINAL FANTASY titles revolving around “the story of an angry man”. Even more time passed, at which point I received a request for a new plan, so I combined these two ideas to come up with this.

While it is FINAL FANTASY, it feels different—but there’s no doubt that the blood of FINAL FANTASY runs through its veins.

We’ve undertaken the challenge of finding this difficult middle ground for this mature and stylish title. We need a little time until we’re able to complete it, and while the battle system is a bloody one, it does links to the story, so I hope you’ll use this opportunity to give it a try.

When I wrote this line, I felt like the story had been brought to life. What drives them to want to defeat Chaos as much as they do? What, then, are their hopes and dreams?

It was in this moment that what used to be fragments and pieces of story came together in a powerful way.

The story that I wrote—in what seemed like a single breath after penning that line—is STRANGER OF PARADISE FINAL FANTASY ORIGIN. I think it turned out to be quite a memorable story that accompanies a game which prominently features brutal imagery.

True to its label as “a bold new vision,” this title is full of new undertakings that draw a clear distinction between it and previous FINAL FANTASY series titles. I can’t divulge too many details at this stage, but we prepared a glimpse of these ambitions within the trial version, including the title’s direction and overall image, so please enjoy.

I believe that the feedback we receive from all of you around the world is very important as we improve upon the title even further. Please send us your thoughts through the trial version survey or through social media.

I’m already looking forward to the day I’ll be able to play this title with you.

This is a title that has been developed with the goal of bringing something new to sit alongside the many FINAL FANTASY titles in the series. I think it could be considered a side story in terms of how it is positioned.

There may be some people who were disappointed that this announcement was not a new, numbered title in the series, but this game contains ambitions within that even a mainline title may not have been able to achieve. Grounded and challenging action created by Team NINJA.

Our protagonist, sprayed with blood as he literally rips apart, throws, and pulverizing his enemies.
The way he looks is almost as if— Well, we have prepared this trial version with hopes of having players experience this new flavor that the title brings with it, even if just a little bit. As we are still in development, I think there may be some areas that are not perfect and may be that way for a while to come, but I hope you’ll enjoy the trial version regardless.

Additionally, please let us know your thoughts on the game, whether it be positives or negative that you noticed—we will make great use of this feedback as we continue development.

Playing FINAL FANTASY IV 30 years ago is what made me aspire towards a career in the gaming industry, so I always hoped that someday I could be involved in the FINAL FANTASY series. When Team NINJA was working on DISSIDIA FINAL FANTASY, I was in charge of a different section, which meant that every night I filled my pillow with tears. I’m truly happy to be involved with a new FINAL FANTASY, and a title connected to its ORIGIN at that.

Using the feedback that the players provide after playing the trial version, all of us at Team NINJA will work to make this a title that meets the expectations of not only action game fans, but also FINAL FANTASY series fans around the world!

I grew up playing FINAL FANTASY since I was very young, so it is a great honor to have the opportunity to be involved with this title. Furthermore, I’m truly excited that Team NINJA is able to deliver the first fullon action game in the FINAL FANTASY series to the world.

In this trial version, we’ve made specific demo-oriented adjustments so that players of all styles will be able to enjoy it—we have incorporated elements such as multiple jobs and weapon types, adjustable difficulty levels, and great replayability. Please let us know your thoughts and feedback once you have given it a try!

I’m glad we were able to announce this new FINAL FANTASY game—an action game in which Jack, a Warrior of Light(?), lays waste to monsters while being bathed in the spray of their blood. I’m a huge fan of the FINAL FANTASY series myself, so I’m going to work hard towards release so that this blood-stained Jack can become a hero!

This is a title developed with the characteristic Team NINJA level of difficulty in mind, but once you start getting the hang of it, you’ll be able to defeat enemies in an exhilarating and satisfying way. I hope you will replay the trial version many times and try out the various weapons and abilities available.

The difficulty level can be changed as well, so one recommendation I have is to start playing on an easier difficulty and gradually raise it higher for a challenge!

Stranger of Paradise Final Fantasy Origin will be released on PS5, PS4, Xbox One, Xbox Series X|S, and PC in 2022.

If you’re curious about the other games showcased during Square Enix’s stream, you can watch the full recording on-demand here.