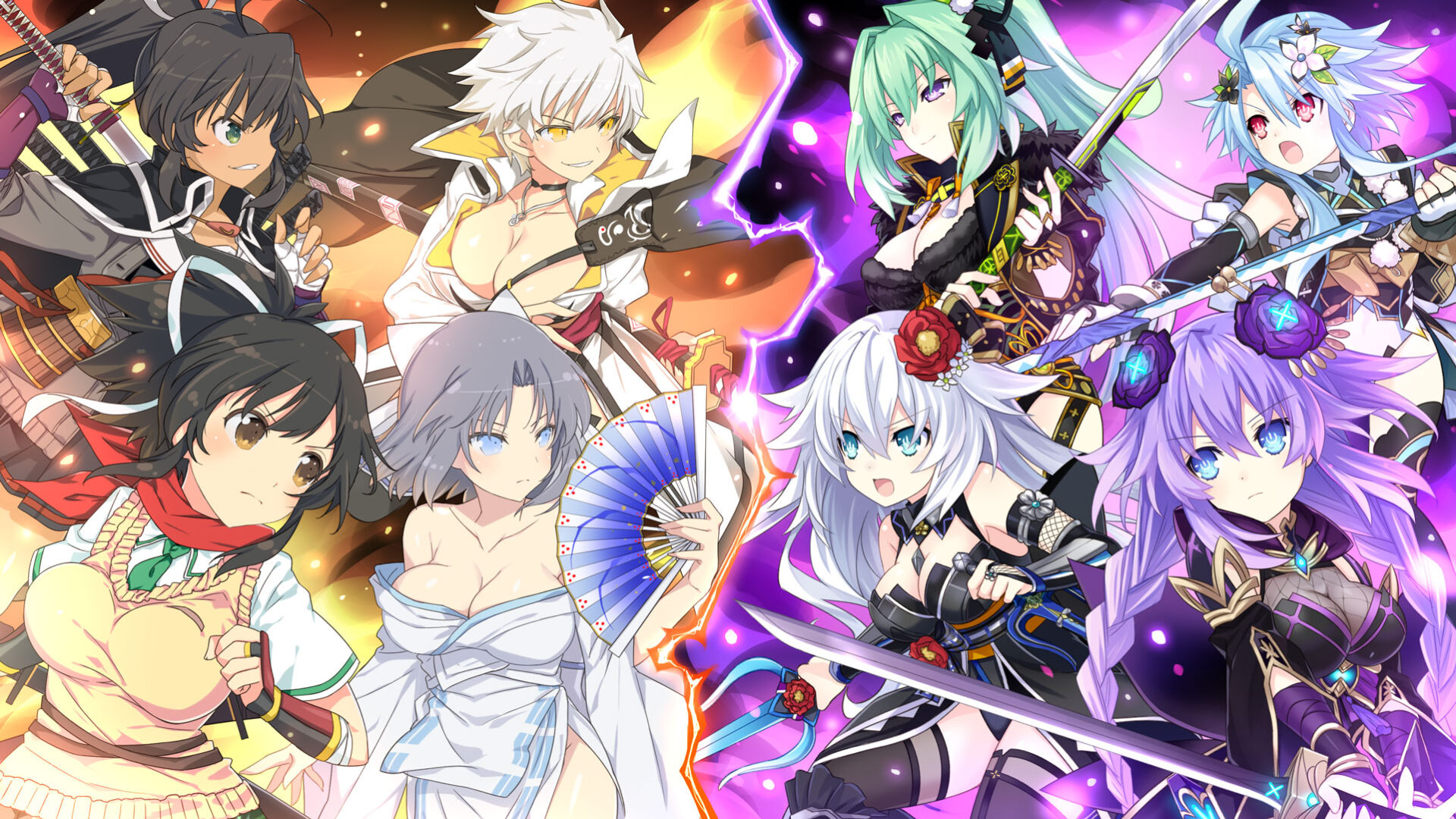 We get to take a look at the playable ladies from Hyperdimension Neptunia in action, on top of the meditation minigame that will let you see some fanservice and receive a temporary advantage in battle if you’re successful.

The screenshots also showcase a few new characters (and a few familiar ones) on top of several facilities, like the Ninja Base where you can organize your characters and set their ninjutsu skills and equipment. In the shopping street you can buy recovery items and equipment, while in the Kumotsu Shrine you can receive quests and view the gallery.

Next is a look at the Ordeal of Hell, which is high-difficulty content unlocked by clearing the main story. There are Eight trials and each has three levels, on top of different handicaps like “no tools” and “no Ninjutsu skills.”

The title translates into Senran Nin Nin Ninja Great War Neptunia: The Girls’ Shine. If you want to see more, you can enjoy the previous trailers, another promotional video and screenshots, another batch, and the initial announcement.

At the moment, no western release has been announced, but I would be surprised if the game didn’t come to North America and Europe at some point in the future, likely from Idea Factory International.