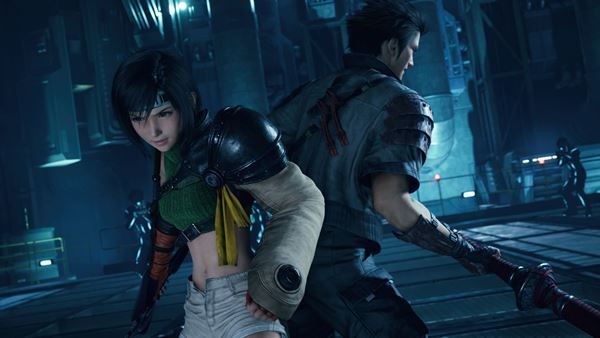 With the release of FF7 Remake Intergrade on PS5, Square Enix has also released a new story DLC called Episode Intermission. The Episode stars Yuffie as the main playable character, along with Sonon, a fellow ninja helping her on her mission. This story DLC is considerably smaller than the main game, but it also comes packed with a fun mini-game that you can sink a lot of time into. Here’s how to play Fort Condor in FF7 Remake Episode Intermission.

Fort Condor is a new board game within FF7 Remake itself that you can play against other NPCs, and it’s a reference to the iconic Fort Condor tower defense section that occurs shortly after the Midgar arc in the original game. And yes, this mini-game is basically a competitive tower defense game as well.

To unlock it, you’ll first need to reach Sector 7 proper with Yuffie. This shouldn’t take long at all, as the first hour of the game will have you navigate the slums till you eventually get there.

Once you meet up with Avalanche, you’ll be able to talk to three different members of the group. Talk to Yolk, the rightmost member, twice and he’ll introduce you to the Fort Condor mini-game. After the tutorial battle, you’ll be able to start challenging various NPCs in the game to earn Condor Coins. They’re indicated on your compass with a small purple icon.

The mini-game itself is pretty simple, even if it might seem a bit overwhelming at first. Basically, there are three different types of units to take note of, as listed below:

At the top of your screen, you’ll see an ATB gauge that fills up slowly over time. You’ll need to expend the gauge to deploy units on your map. Once deployed, your units will automatically start walking toward the enemy HQ and outposts to attack them, and your enemy will do the same. Whoever takes out the HQ and bases first, or has the most outposts left standing when the timer runs out, wins.

If the timer runs out and all outposts are still standing, whoever takes out the first outpost wins.

Winning against NPCs will allow you to unlock more boards in the Fort Condor mini-game, as well as new units to experiment with and Condor Coins which can be used to purchase items from the Happy Turtle vendor.

That’s all you need to know about how to play Fort Condor in FF7 Remake Episode Intermission. Be sure to check our guide wiki for more tips and information on the game.