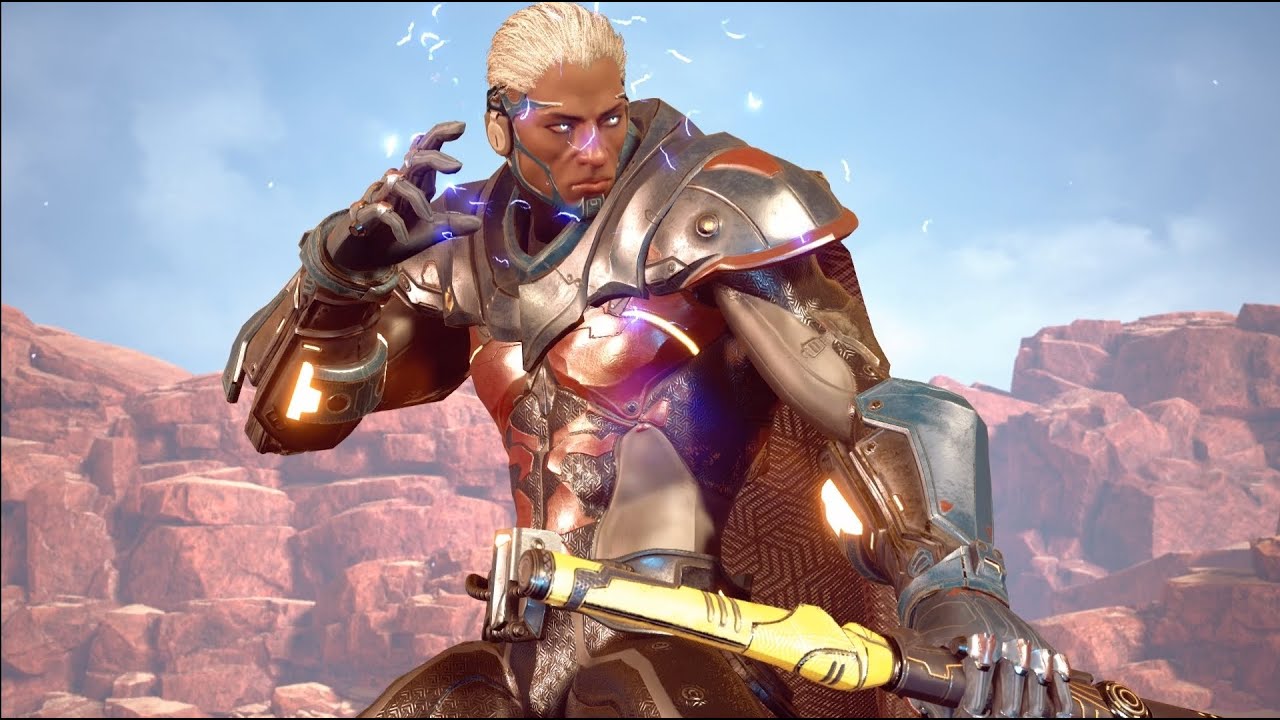 The trailer showcases two of the game’s fighters, Gatling and Destroy as they beat each other into a pulp with a couple of different stages in the backdrop. In the meanwhile, we can also take a good look at the progress made on the gameplay and visuals since previous showcases.

More trailers and details are promised for the proverbial “very soon” in case you want to see more. It’s likely that we’ll witness some at E3.

At the moment, not much is known about Coreupt besides the fact that it looks impressive and it’ll be free to play for PC and next-gen consoles.

It’ll be published by Rogue Games and it doesn’t have a release window just yet besides “soon.” Yet, we do know that it will support Rollback Netcode.

If you want to see more about this fighting game you can enjoy the latest trailer from Rogue Games, another promotional video, the gameplay trailer showcased at the Guerrilla Collective show, and more gameplay from the previous presentation. On top of that, we also saw Winry in action alongside more art, another look at Beretta and Revolver, even more assets, and another batch, and one more.