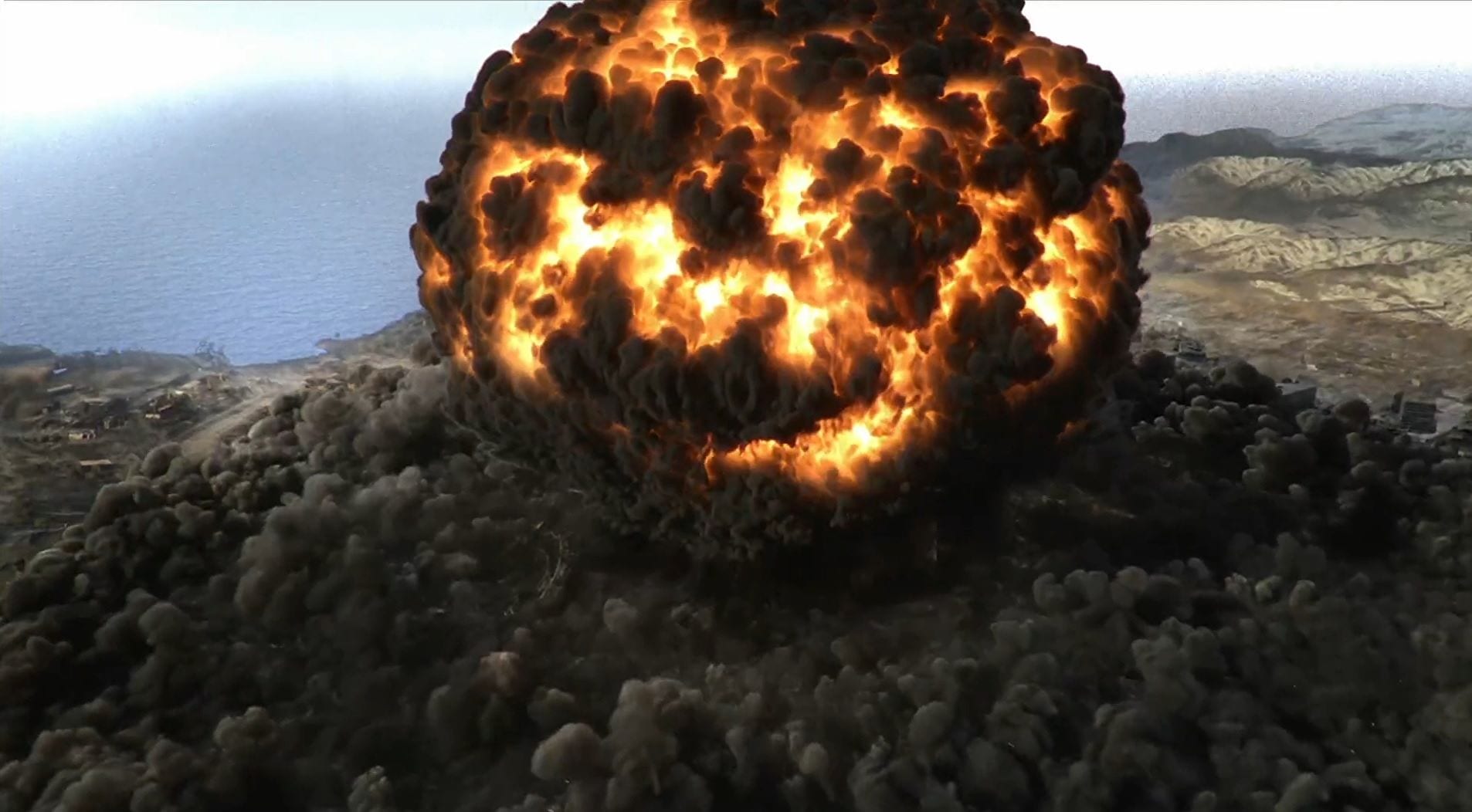 This week, Call of Duty’s Battle Royale title, Warzone, bid farewell to its original map, Verdansk. The map has remained the same ever since the game released back in March last year, and so fans were understandably excited to see it off in an epic event, and get busy exploring some new POIs and locations on the map that replaced it.

While the new map had enough hype around it, it was Warzone’s long-rumored Nuke event that players couldn’t wait to check out. But having watched the events unfold over the past two days, it’s clear Warzone’s developer Raven Software could learn a thing or two about in-game events, and the rolling out of new content as a result of them, from the flossing juggernaut that is Fortnite.

Let’s rewind a bit for a second, as Warzone’s build-up to the event started off fairly promisingly.

Back during the middle of Season 2, zombies (finally!) began appearing across Warzone’s Verdansk map. Over the following weeks, they continued to take over the map, one location at a time. While their presence was welcomed, their execution was a little underwhelming. You’d head to a designated area, trigger the ‘zombies event‘ at a terminal, grab a yellow keycard from one of the corpses, and then use that to open a yellow crate that contained the usual loot… just more of it than you’d normally get from a standard one.

To begin with, it was fine, but after a good few weeks of doing this, the novelty wore off. The zombies staggered on, occupying more and more of the map. Then, finally, the Call of Duty Twitter teased the Nuke event everyone had been waiting for. The waiting game had begun… (the waiting game sucks, so we played Hungry Hungry Hippos).

Fast forward to Wednesday, and Warzone’s Nuke event actually took place. The Destruction of Verdansk Part 1 saw players dropping onto the map, followed by other events. A brief cutscene played at the end, showing contamination levels on the map had reached 100%, and a missile was launched from somewhere outside of Verdansk, before slamming into Stadium and obliterating the entire map.

While some fans had hoped they’d then be able to play on a Nuked version of Verdansk, that was not the case. Players were forced into simply playing on Rebirth Island, the smaller map that encourages more frantic, fast-paced gameplay. And only a couple of hours after the event had gone live. We were told we’d have to return at the same time on Thursday to see the second part of the event and check out the release of the new map.

This is where the wheels fell off in a truly spectacular fashion. While hype was building, a countdown timer prominently ticking away the seconds until Part 2 kicked off — where players dropped onto Rebirth Island 10 minutes before the destruction of Verdansk and had to use a device to nuke it — some players were able to access the new map early. This resulted in the big map reveal becoming yet another spoiled moment and inevitably forced Activision’s hand.

Rather than trying to rectify the issue and sitting tight, Activision simply revealed the map early with a trailer on its Twitter account… four hours before the scheduled Part 2 event.

Following months of teases, and weeks of leaks, the revealed map was… more or less Verdansk with a handful of changes. Buildings got a new lick of vibrant paint, a salt mine replaced the quarry, aqueducts replaced the dam, and an area called Summit was added in the northwest of the map.

On the face of it, the Warzone event wasn’t abysmal. But Raven Software (and Activision?) need to get a handle on leaks and teasing information. When Fortnite begins ramping up for one of its iconic end of season events, there are clues and tidbits sprinkled throughout the game world; cryptic tweets are shared, sending fans on social media platforms and the game’s subreddit into a frenzy. Everyone has their theories, and nobody knows exactly how the map will change. Even dataminers collectively agree to stay silent on anything they may find in update files so as not to spoil the fun. Sure some details can likely be found in the darkest corners of the web, but it doesn’t become mainstream news quite like the 1980s rework of Verdansk did months ago (before Activision DMCA’d it to high heaven).

Even the events themselves feel far more impressive on a technical scale. Battling Galactus alongside the Avengers with hundreds of other players, or hacking away at a dig site’s enormous HP to contribute to uncovering the next clue. Watching a live performance of Travis Scott’s enormous hologram and going through a trippy ride, or the monster vs robot fight that destroyed parts of the map.

There’s a sense of spectacle to them that Warzone just failed to encapsulate, and in large part because the big reveal had already been leaked… and subsequently released early to some players hours before it was supposed to go live.

In the aftermath of each part of Warzone’s event, players struggled to connect to the online servers. Granted this is a sign of just how popular Call of Duty’s Battle Royale title is, but equally, Fortnite’s events never saw players locked out of the servers entirely… except for when the map was sucked into the black hole, which was an intentional choice by Epic.

I’m more or less a lapsed Fortnite player at this point. I hop in occasionally to play a game with friends or grind out a few challenges for fun, but I always find myself coming back to check out the events, because they’re quite unlike anything else out there. These events also crop up ever three or four months, providing regular tweaks and changes to the map.

Warzone’s first major event was undermined by leaks, an accidental early release, and the fact that the map changes it has brought don’t feel quite substantial enough, given it’s the first major change in the 13 months since the game released. If it wants to maintain its momentum as one of the biggest Battle Royale games, it needs to learn a few lessons from the Fortnite team over at Epic, who have perfected the formula over 12 seasons and countless events.