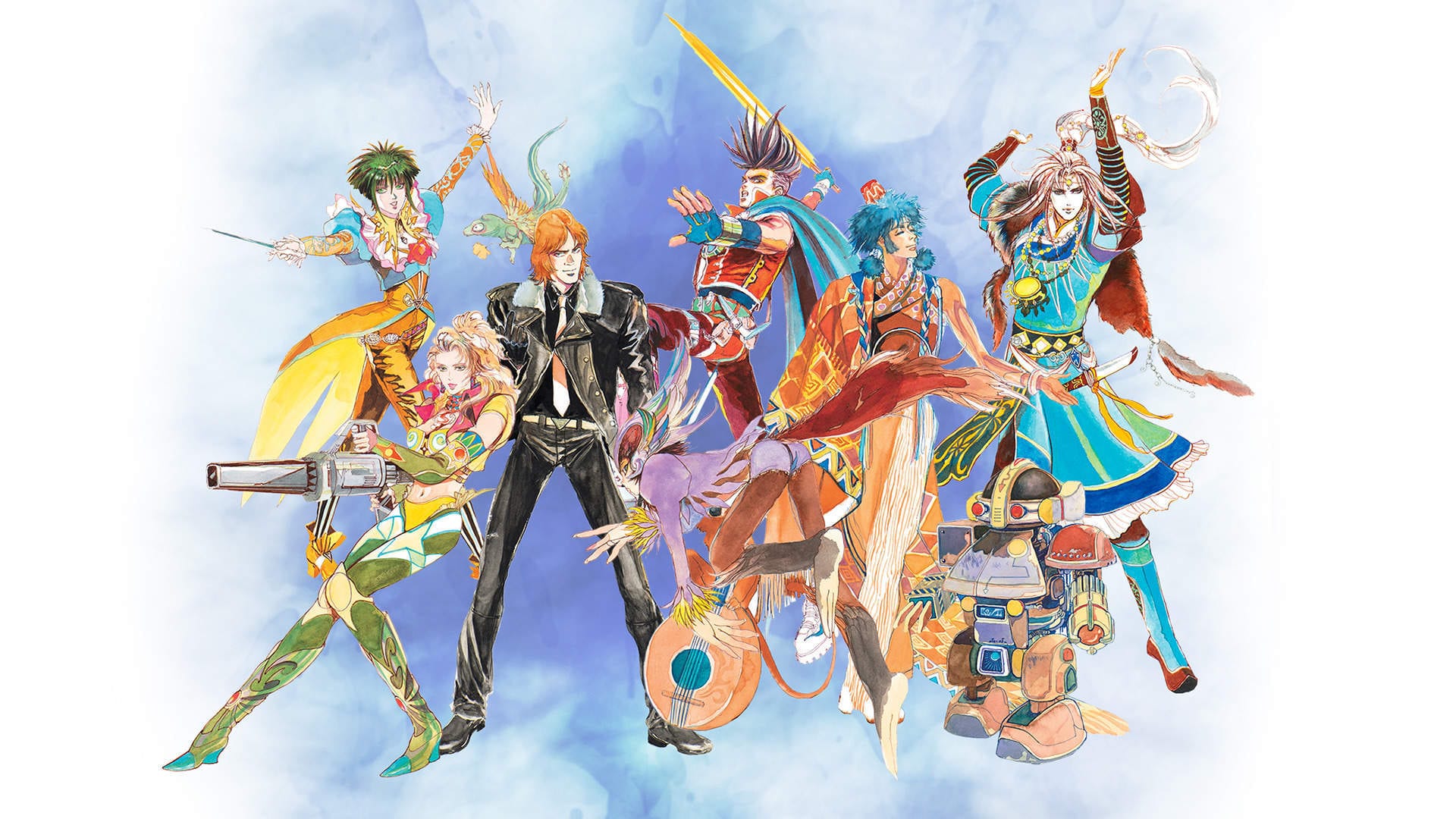 Remastering older games is always tricky. On one hand, doing so can help bring forgotten titles into the modern age, allowing them to gain new appreciation and fans. At the same time though, it can reveal elements they hold which have long since been outdated in their genre. Such is the case with SaGa Frontier Remastered, which offers a touched-up version of a title that has aged poorly in some key areas.

That being said, there is merit to this remaster existing. The game was experimental for its time and provided several twists on the JRPG genre which players can still appreciate. Key among these twists was an emphasis on giving freedom to the player, both in the choices they make and how they play the game.

The story is a perfect example of this. Similar to something like Trials of Mana, it sees several different heroes with their own epic journeys to undertake. Unlike Trials though, the story diverges quite a bit between each character.

One journey sees the main character don a Sentai hero-esque suit, boosting their strength several times over so that they can battle an evil empire. Another sees a young girl turned into a Half-Mystic via a blood transfusion from an evil ruler; who, after she escapes, sends all manner of evil henchmen out to retrieve her.

Granted, these stories vary in quality. Some are fully fleshed out, with proper pacing and character development for the main protagonist and their allies, such as the examples given above. Others, meanwhile, can feel strapped together at places with flimsy writing or incoherent dialogue, and characters taking action for no other reason than the plot demands it.

However, the fact that they’re all so distinct is refreshing even today. Choosing any given character feels like choosing a unique experience, and provides a big reason to check out every scenario available.

This feeling extends to how players explore the world of SaGa Frontier Remastered. While there are sections that lock players into specific quests or activities, the game also has several portions which allow them to explore or complete side quests before advancing the plot.

Quests like exploring a secret Bio-Lab for the cause behind enemy mutations or participating in an ancient competition of courage offer more than world building and experience. Each one could also lead to obtaining new and rare gear, hidden party members, and other benefits.

It can be daunting not knowing which quests hold these rewards at first – you’ll always be rewarded with something, but you’ll never quite know which quest will give you gear instead of a party member… unless you have a walkthrough – but after a while it becomes fun to lose yourself in the world looking for the next hidden treasure.

This makes the player’s choice to check every nook and cranny feel all the more worthwhile, and adds a sense of purpose to the unrequired combat encounters they’ll have to fight through in each quest’s dungeon.

Speaking of combat: Players have a ton of choice when it comes to how their characters and party engage in battle. The main character they choose can use almost any weapon, and learn abilities tied to said weapon.

They can also learn different types of magic at the player’s discretion. Doing so can allow them to hammer foes with elemental fury, de-buff opponents to make it easier to land devastating blows, or heal allies to keep them in the fight.

These choices apply to party members as well, allowing the player to meticulously design a party’s layout until they have one they feel is best for them. As a result, players can craft entirely individualized versions of their party and characters, further making a playthrough feel like one which will be entirely different from the next.

All of this is to say nothing of the improvements SaGa Frontier Remastered boasts over the original version. In addition to touched-up graphics, players can also increase the speed of battles, dialogue, and basic character movement as they see fit.

Likewise, objects and entrances that characters can interact with can now be highlighted, revealing their location without the player having to wander around and investigate areas with no clear direction. These additions are a godsend during the more tedious sections of the game, and are worthwhile improvements to the title’s overall design.

It’s not just a facelift and some new QoL features you’re getting here, though. The remaster also introduces a new character in the form of Fuse. While his addition doesn’t add anything revolutionary to the title, he does benefit from a strong, personal story and open-ended abilities, and will serve as a solid choice for your main character as a result.

With all of that said though, there are notable flaws in this remaster, and most of them boil down to core design elements of the game.

One of the biggest offenders is the game’s difficulty spikes. On a regular basis, the player will see combat ramped up via random encounters with stronger enemies or, even worse, some with one-hit-kill attacks. More often than not, players will be obliterated in no time, forcing them to load an earlier save and grind until they’re prepared for these challenges.

This wouldn’t be that big of a problem if it didn’t occur so often. Areas are littered with enemies which will hound your party relentlessly and respawn whenever the player moves on elsewhere and returns. As such, it’s almost ensured that players will have to fight through hoards which mob them at doorways, running the risk of encountering these spikes with every battle.

Because of this, players will need to put a significant portion of their playtime into grinding, fighting the same enemies over and over again until they’re sure nothing will give them trouble. Otherwise, they’ll hit these walls repeatedly, leading to constant breaks in their immersion and enjoyment of the game.

Even then, doing so will only buy them so much time before they’ll need to grind again to prepare for the next area and difficulty spike.

Likewise, the way in which SaGa Frontier Remastered allows players to progress the story can be obtuse at best and arbitrary at worst. One might, for example, not be able to advance the plot until you’ve returned to a specific room enough times, or spoken to the right NPC after carrying out actions that can feel unrelated.

Players will occasionally have a hint as to what they’re supposed to do via the Story tab. Even then though, it can leave out the context or area in which the player would need to be to use said hint.

Granted, these won’t be the biggest issues for anyone who has played older JRPGs, as they were commonplace at the time. For everyone else though, they can be enough to sour the entire experience and make the game as a whole a nightmare of tedium and frustration.

SaGa Frontier Remastered is a good remaster of a classic JRPG. No one will argue that it does its job admirably, and adds in features which help the better aspects of the original game shine.

However, there’s only so much it can do to make up for elements of the original game which have aged terribly. Those who aren’t established fans of the original, or who haven’t learned how to navigate older JRPGs, should be prepared for a fair number of headaches if they want to experience this title’s strengths.