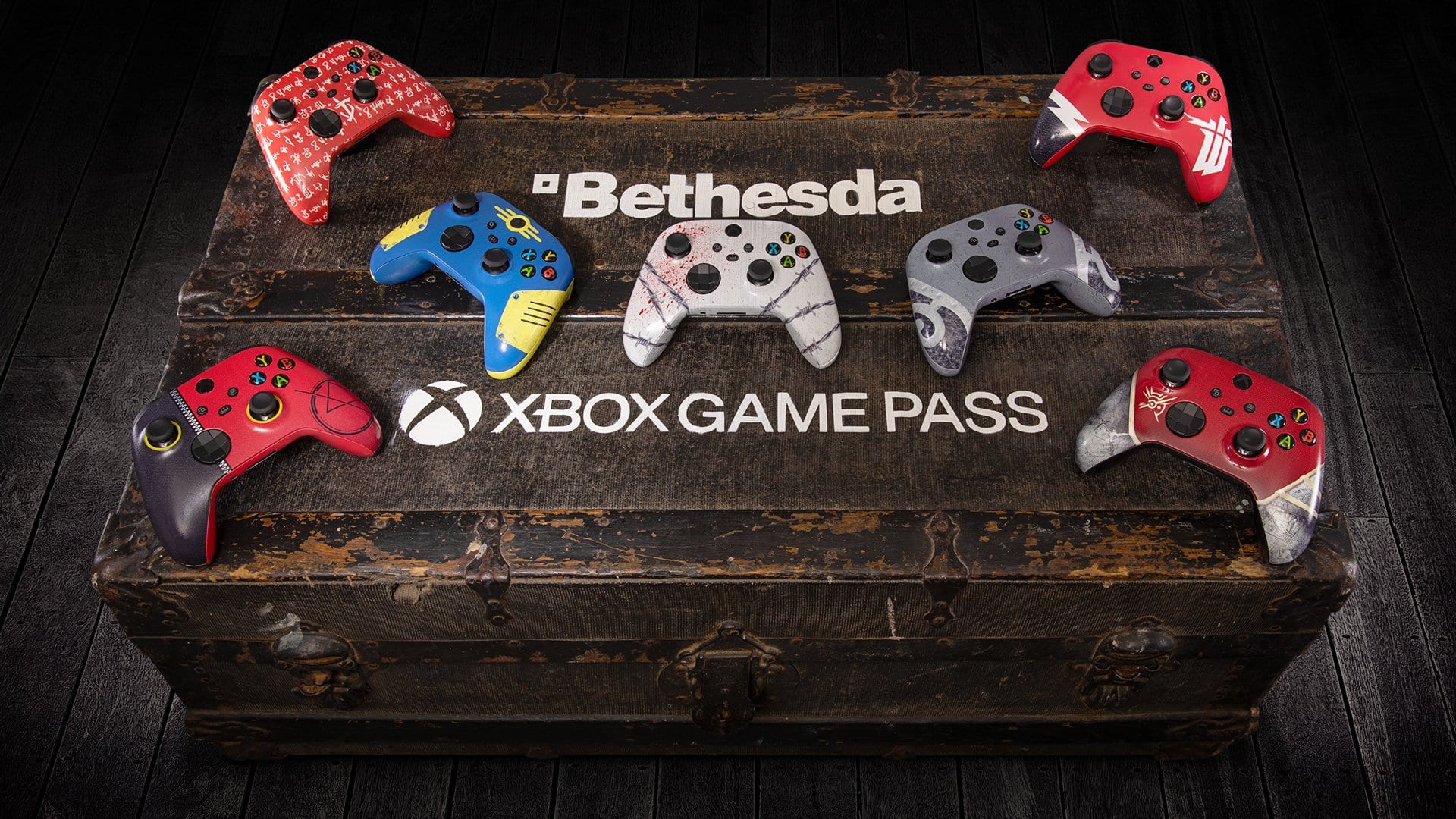 Excited about the possibilities that are in the future with the joining together of Bethesda and the Xbox family? You are not alone. As we prepare for a world of games that will likely be exclusive to the green side of console aisles, Microsoft is looking to celebrate with fans. If you happen to be the lucky one, you can be walking away with a limited edition set of Xbox and Bethesda controllers.

Aaron Greenberg, the general manager of Xbox games marketing, shared the good news. The frankly amazing collection features Xbox controllers that are themed around many of the games that are under Bethesda’s studios.

The likes of Dishonored, Prey, Doom, Fallout, The Evil Within, The Elder Scrolls Online, and Wolfenstein are all represented.

Together with a giant chest that has both the Bethesda and Xbox Game Pass logos, this entire set is approximately worth $399.

The giveaway will end on April 16, at 7 PM PT. As usual, terms and conditions apply, so be sure to read up on that.

While the acquisition of ZeniMax Media has allowed Xbox access to Bethesda’s stable of games, who knew that themed controllers would be part of the deal. It is a nice surprise for fans, and a true collectible that will be hard to match.

No word on if these themed controllers would go up for sale. Chances are, the winner will be the sole owner of some real treasures, to say the least.