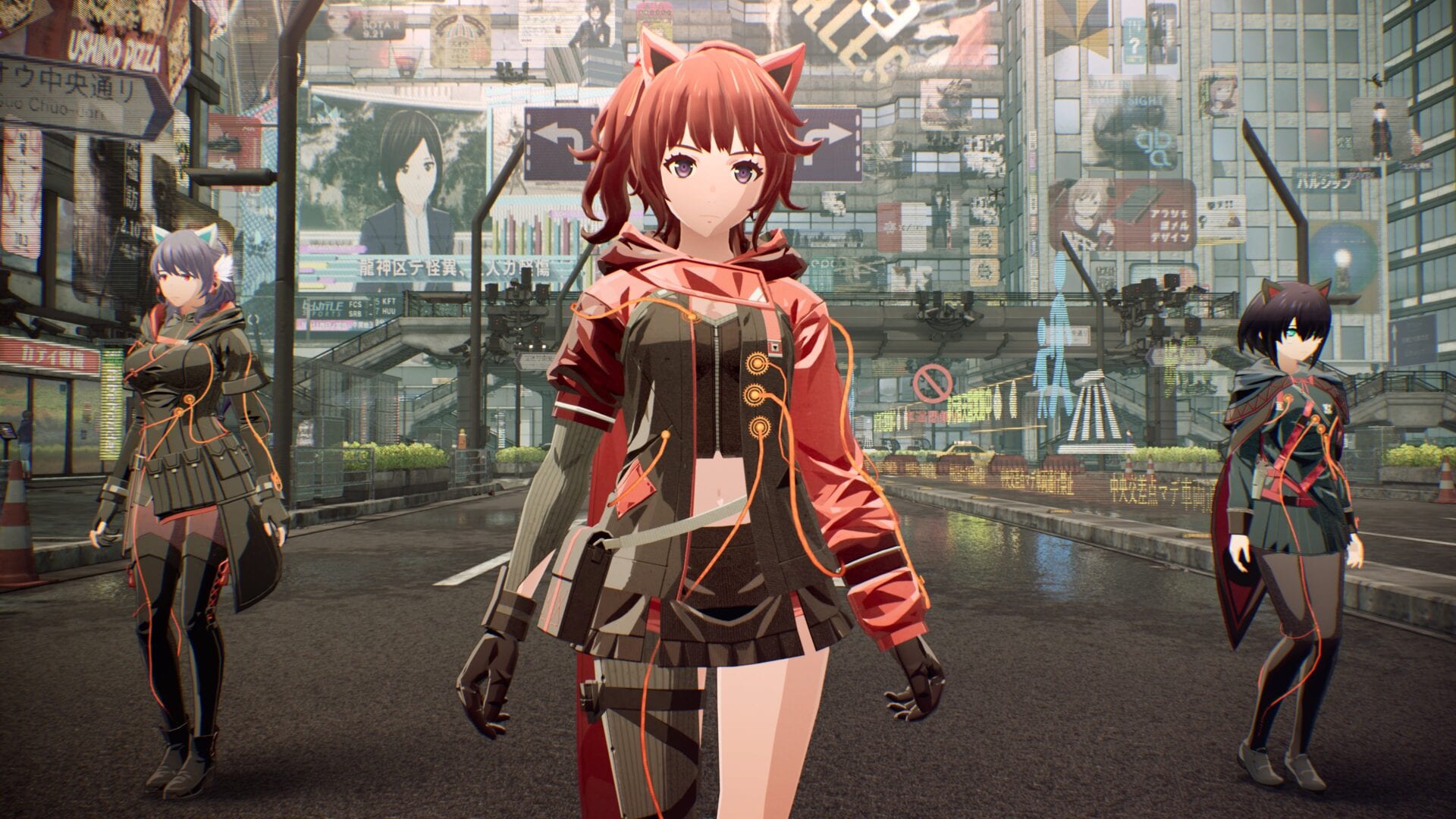 Scarlet Nexus director Kenji Anabuki has revealed a new batch of screenshots and details about the upcoming cross-gen JRPG by Bandai Namco.

We get to see Luka Traverse in Drive mode, and the Pyrokinesis and invisibility Struggle Arms System powers we can borrow from our companions.

The Bandeau Pendu is a quick and rather creepy Other we’ll have to face.

More images show the menu localized in Russian ad cute cat ears that we’ll be able to use to accessorize our squad.