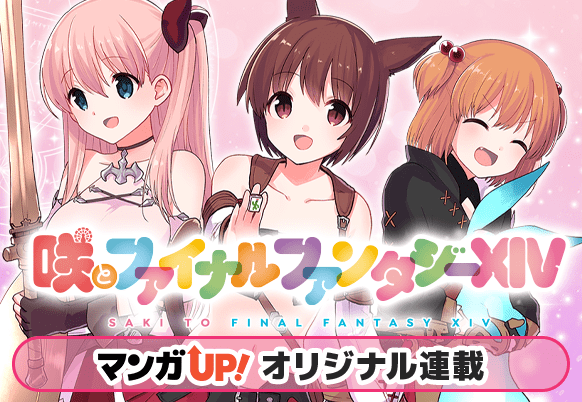 Today Square Enix announced that a rather specific feature of Final Fantasy XIV will be featured in the spin-off of a popular manga.

The Doman Mahjong minigame will appear in a side story of “Saki” by Ritz Kobayashi, usually serialized in Young Gangan.

The manga, which unsurprisingly focuses on Mahjong, is very popular in Japan. Not only it has been serialized for fifteen years since 2006 but it has spawned several anime series, TV dramas, and even live-action movies. It has sold over 10 million volumes over the course of its serialization.

The new spin-off will begin tomorrow (Jan. 22) on the Manga UP! app. It will actually be Saki’s 8th spin-off.

Below you can check out a scene from the manga featuring Final Fantasy XIV’s Doman Mahjong minigame.

Recently celebrated the 10th anniversary of the advent of Yoshida-san as director and producer. You can also watch a video focusing on Shadowbringers’ story and featuring a new arrangement of its theme song.