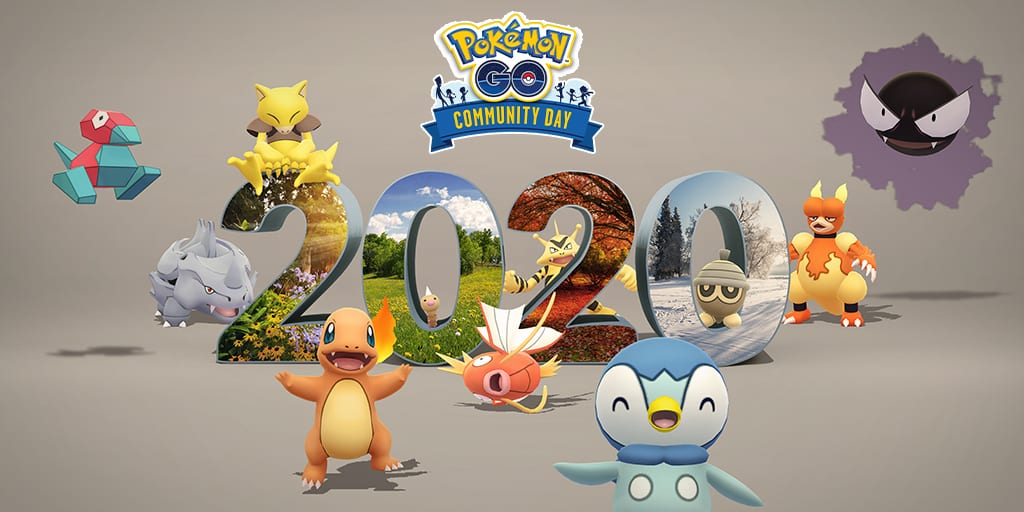 This time around, Community Day Weekend will run nonstop from Dec. 12 at 6 AM local time until Dec. 13 at 10 PM local time. During that time, you’ll be able to find Charmander, Weedle, Abra, Gastly, Rhyhorn, Electabuzz, Magmar, Magikarp, Porygon, Seedot, and Piplup more often in the wild.

And just like last time, every Pokemon featured in Community Day events from this year and the last year will be able to get their exclusive attacks when evolved. However, ‘mons featured in 2018 will be excluded this time but Niantic promised that their Community Day moves will be available again in the future.

If you don’t feel like forking over your hard-earned money and PokeCoins, then there will also be a free Timed Research available to everyone. Completing all of the Research Tasks will net you an Elite Charged TM among other rewards.

Besides the overarching Community Day Weekend event that lasts the full time, each day will have its own special bonuses and features. On Dec. 12 from 11 AM to 5 PM local time, Weedle, Abra, Gastly, Rhyhorn, Seedot, and Piplup will be more common in the wild along with their shiny versions.

If you’re focused more on the new Mega raids, then you’ll be able to look forward to seeing Mega Gengar more often during this limited time. And to cap it all off, there will be a double Stardust bonus, Egg Hatch Distance will be halved, and Incense will last for three hours.

The next bunch of featured Pokemon comes up the next day, Dec. 13 from 11 AM to 5 PM local time. This time you’ll be able to find Charmander, Electabuzz, Magmar, Magikarp, and Porygon more often in the wild along with their shiny versions.

Mega Gengar will take a step out of the spotlight and Mega Charizard X will be appearing more often in raids during this time. The only features carried over from the previous day are the bonuses for stardust, decreased hatch distance, and extended Incense time.

If you would like to check out the official release about Community Day Weekend from The Pokemon GO Team, it can be found right here.