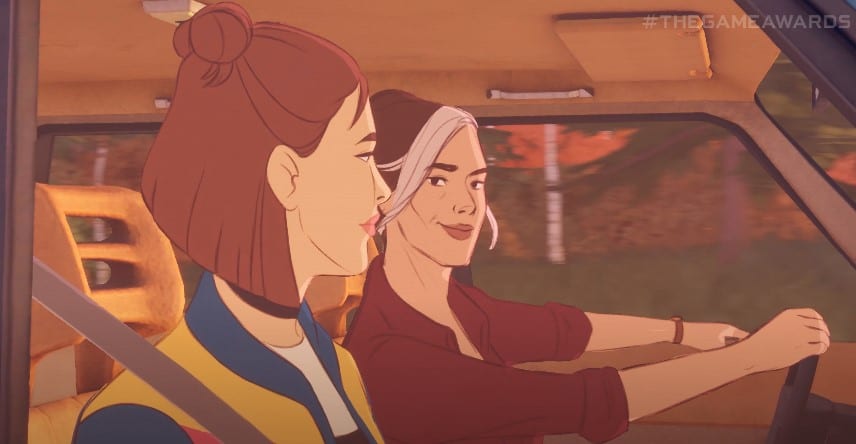 Tonight during The Game Awards, the latest game from Fullbright, Open Roads, was announced. This title appears to be a story-driven game and will feature the voice-over work of actors Keri Russell and Kaitlyn Dever.

From what is found in the trailer, we can tell that this is going to tell a story of a mother and daughter on a road trip to sort out the mysterious past of the daughter’s grandmother.

Apparently, the grandmother left behind a diary of sorts that goes on about a man that wasn’t her husband, a ring of thieves, and a lost fortune. The trailer also drives home themes of loss, coming of age, and the change that comes with the passage of time.

The art style of the game blends simplistic 3D graphics with what looks like hand-drawn characters. During the trailer, we only see these two art styles separately (with a small exception), so there’s no indication yet if the two styles will merge when you’re exploring the world.

We get a small glimpse of the two art styles splashed together with a couple of shots from inside the car. Otherwise, it’s a fairly stark difference when moving from the 3D art to the more flat drawings.

As of right now, we don’t have any confirmed platforms or dates. You can check out the Open Roads reveal trailer from The Game Awards below.

And if you just can’t get enough game reveals, then you can watch the full stream of The Game Awards 2020 down below.