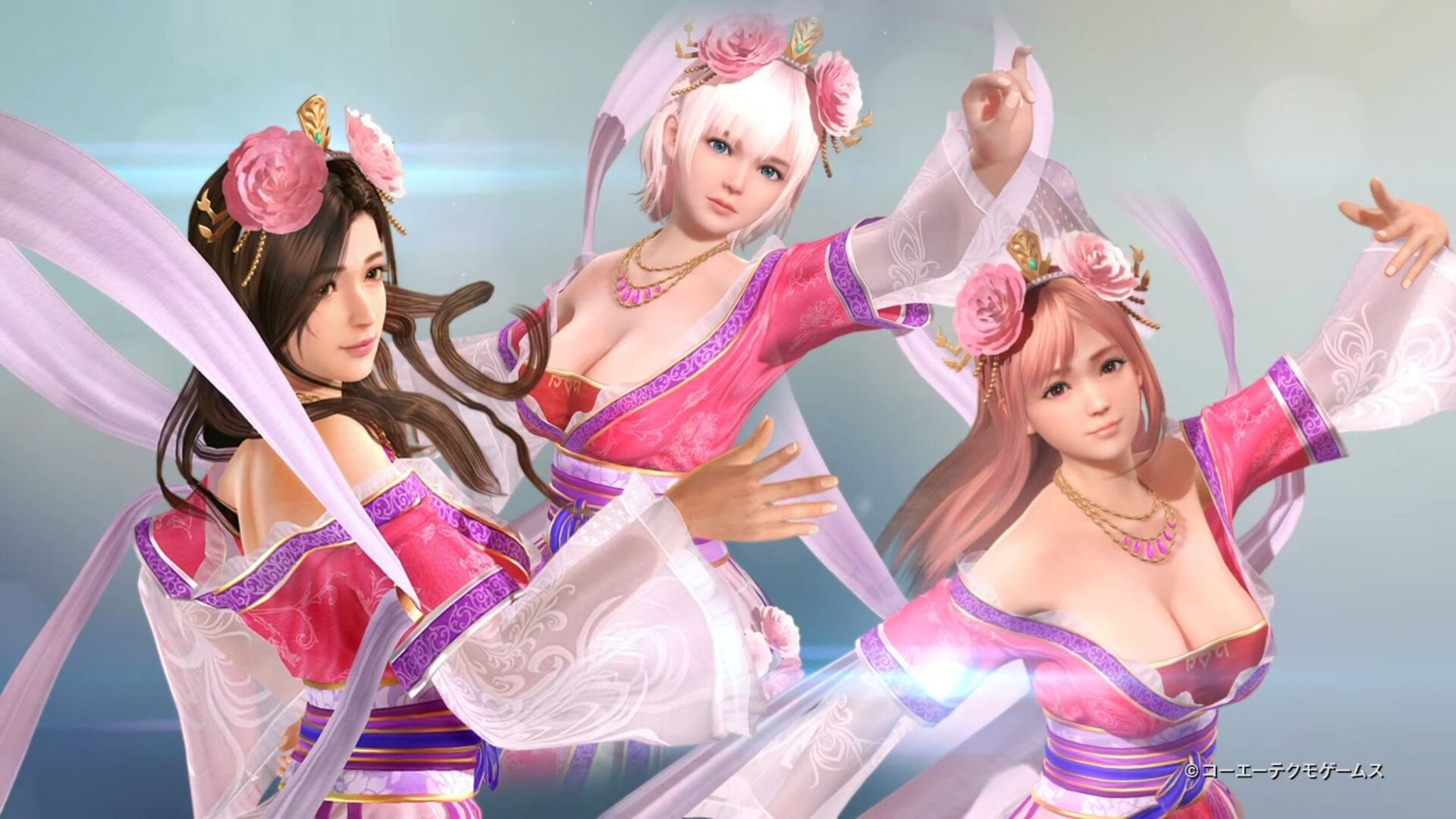 Crossovers are always a popular wat for free-to-play games to boost revenue, and Dead or Alive Xtreme: Venus Vacation is no exception.

Today Koei Tecmo launched a crossover with the upcoming Romance of the Three Kingdoms XIV: Diplomacy and Strategy Expansion Pack, bringing a bit of medieval China to the popular beach volleyball waifu game.

The collaboration brings its usual set of themed special matches on top of Diaochan costumes for Honoka, Luna, and Sayuri, who perhaps most resembles Koei Tecmo’s iconic portrayal of the character.

Perhaps the best part is that the SSR chance is boosted in both gacha to 3.3%.

Keep in mind that this collaboration is not available in the Steam version in English, which is behind in content by approximately a year. That version actually just received the Atelier Ryza collaboration.

The the Romance of the Three Kingdoms XIV: Diplomacy and Strategy Expansion Pack will finally bring the game to the Nintendo Switch on top of PS4 and PC. It’ll launch in the west on February 11, 2021.