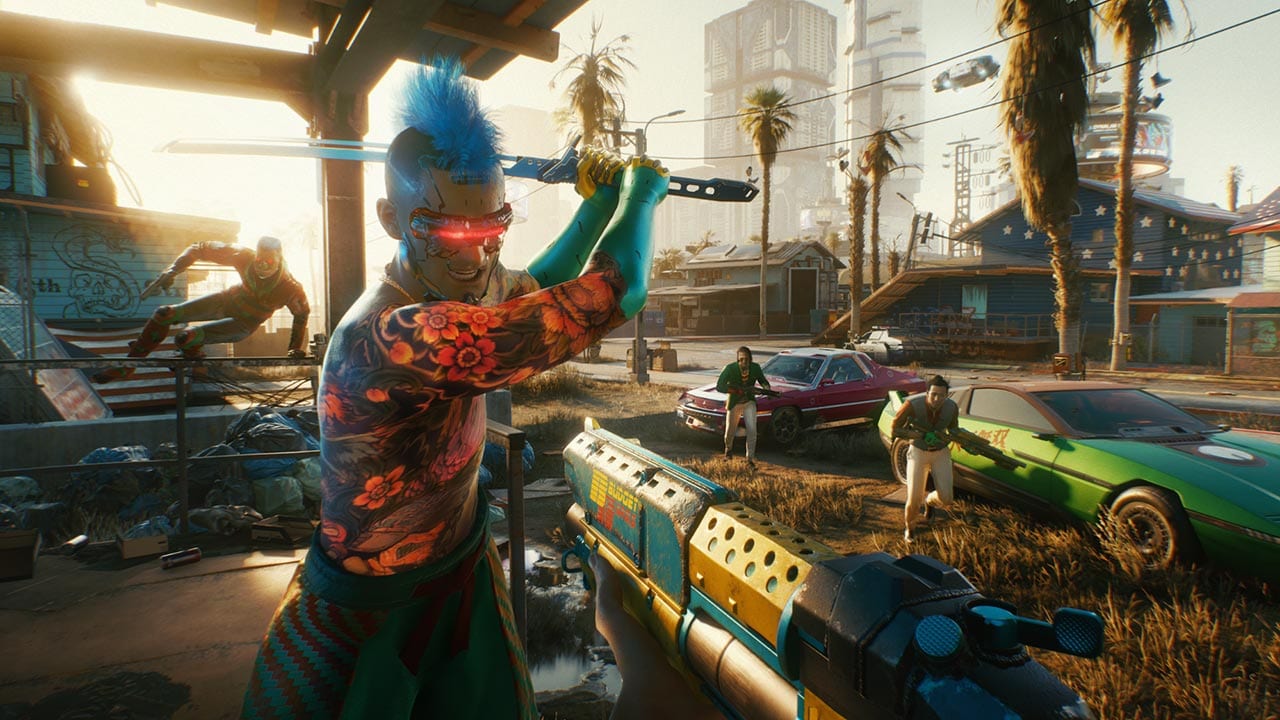 In Cyberpunk 2077, you meet many unsavory people, all of whom are just doing their best to survive another night. V meets one of those characters, Evelyn Parker, in Lizzie’s Bar as apart of the main storyline. The question on many’s minds is to if you can save Evelyn from an untimely fate at the hands of Scavengers. Here is everything you need to know about if you can save Evelyn in Cyberpunk 2077.

You’ll meet Evelyn in the first act of the game, as you work with her to get the braindance you need for the heist. She takes you aside after and offers to cut you a deal.

Regardless of the choice you make, you won’t see Evelyn again until the Disasterpiece mission in act two.

Since this takes place after the first act, be warned that we will touch on Major Spoiler warnings for the opening section of the game and parts of the beginning of act two below.

When you awake back in Night City after act one, you’ll eventually need to follow the Main Job questline to progress the story. This starts with Automatic love and eventually leads you to the quest Disasterpiece.

In Disasterpiece, V works with Judy Alvarez to locate Evelyn, who has gone missing after an incident at her work. After exploring Jig-Jig street, you’ll go with or meet at her van at the Old Electric Corp power plant in Charter Hill.

It turns own that a bunch of Scavengers are holding Judy captive at this power plant, so you need to go in and save her.

If you follow the questline, you’ll eventually make it to the second level of the powerplant. Following the marker, you’ll find Evelyn inside a room on the east side of the mini-map.

Evelyn is hooked up to a cable, so you’ll need to gently pull it out when Judy tells you to. Once you do, you’ll be able to stroll over to the elevator near by, automatically taking you to Judy’s apartment.

While she is passed out due to the trauma, Evelyn is alive in Judy’s bed.

Can You Save Evelyn in Cyberpunk 2077?

Unfortunately, while you’re able to save Evelyn from the Scavengers, the trauma is too much for her. She ends up killing herself in the tub later on as apart of the main story.

Regardless of the choices you make throughout the quests, Evelyn dies no matter what.

That is everything you need to know about if you can save Evelyn in Cyberpunk 2077. Still looking for more guides? From drifting to fast travel, we’ve got everything you’ll ever need, located in our official guide wiki, right here.