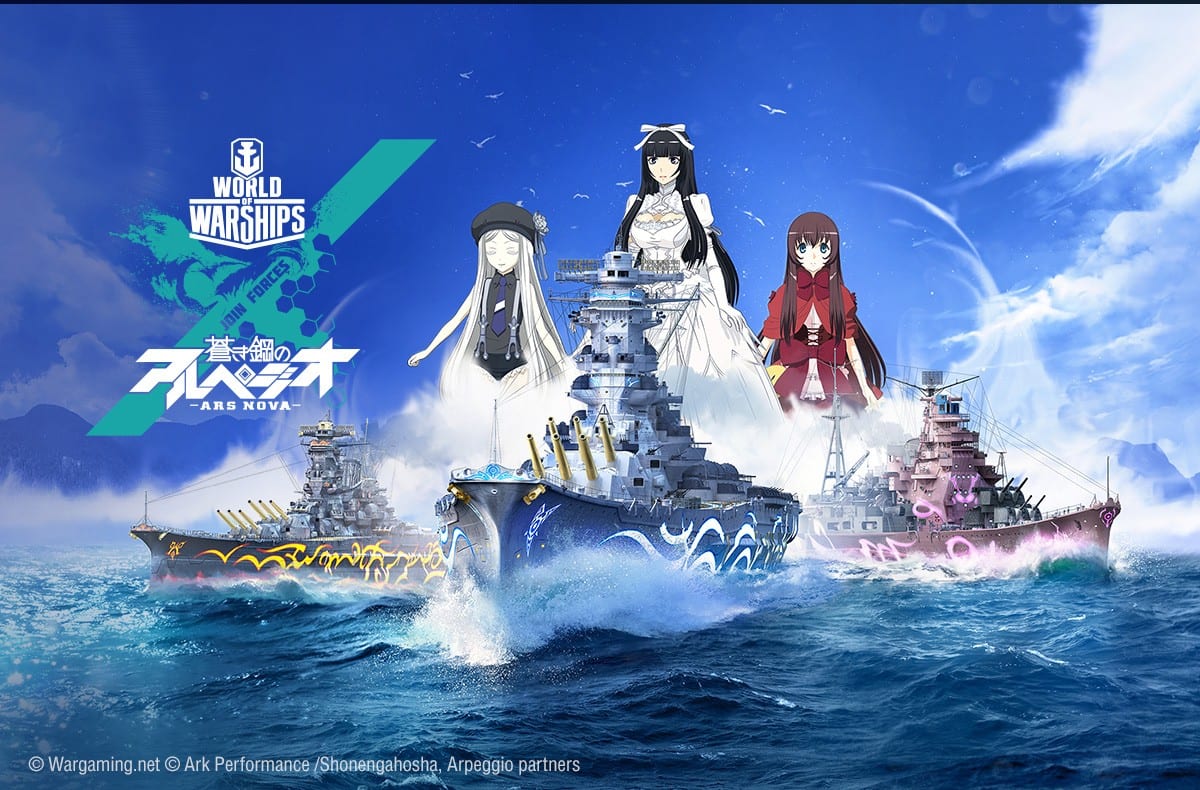 Wargaming announced a new collaboration between World of Warships and the anime Arpeggio of Blue Steel.

The new collaboration is entirely different compared to the previous one as this feature two reskinned ships, Yamato and Maya, on top of a special skin for Musashi.

Each is also represented by a 10-point captain voiced by the original actress of the character.

Incidentally, Yamato is (at least to my knowledge) the first time a Tier X ship is sold directly to the playerbase. I have a feeling this will be as popular among the community as the deluge of fictional Soviet paper naval power.

That being said, if you’re a fan of the anime, you can check out a trailer for the event below and see if you enjoy what you see.