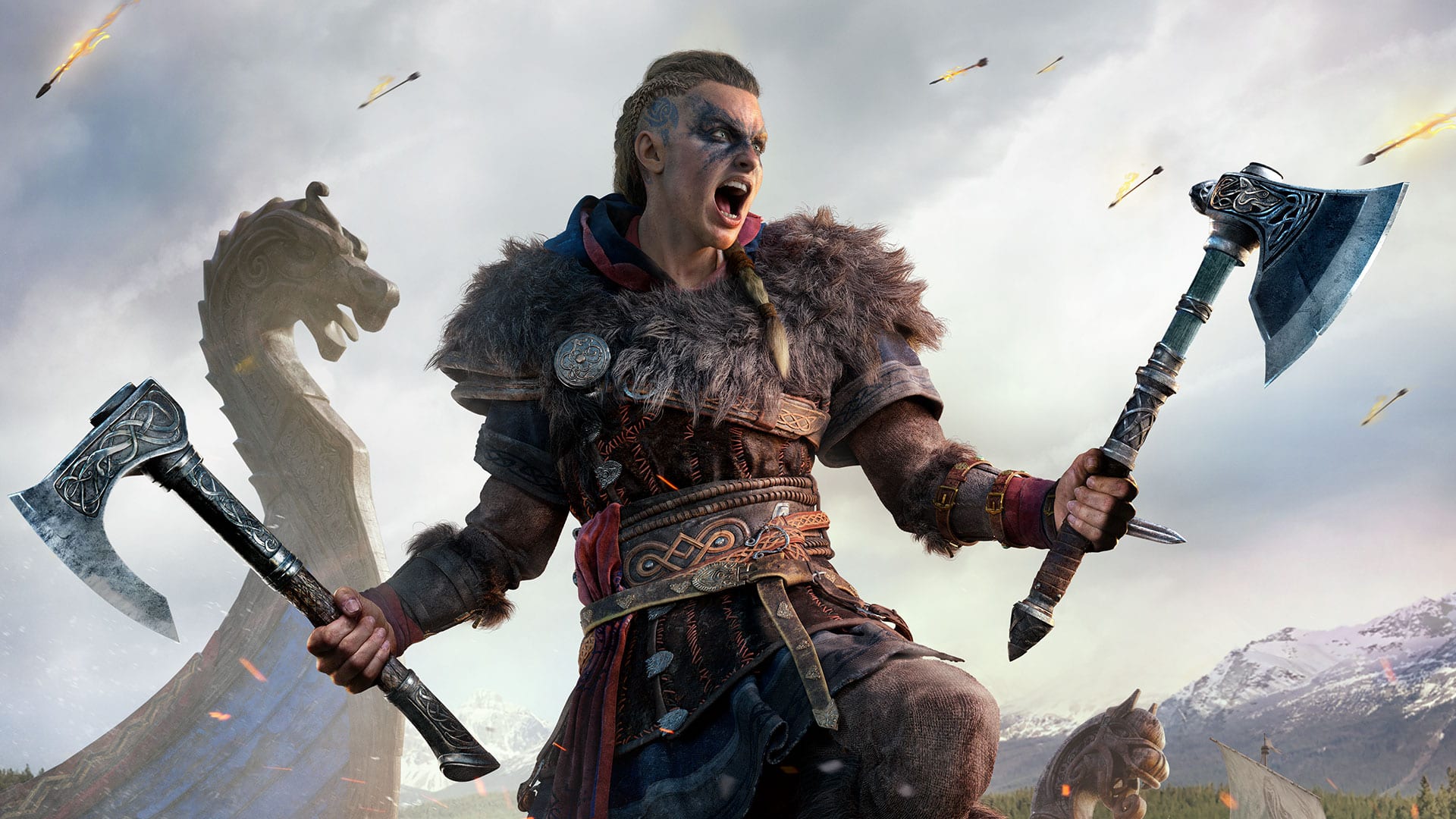 The latest in the long-running Assassin’s Creed series is here. Instead of gallivanting around ancient Egypt or Greece, this time you’ll be up near England doing lots of Viking stuff, which by and large is bloody. If you’re here, you’re probably looking for an explanation on how multiplayer works in Assassin’s Creed Valhalla and more specifically, make and share your Viking mercenaries.

So Assassin’s Creed Valhalla lacks a traditional multiplayer mode. There’s no return yet to the multiplayer that was seen in older games such as Brotherhood.

While you can’t join up together and fight by a friend’s side, you can create a Viking mercenary that your friends can recruit to help them in raids.

First off you’ll need to build the Barracks at one of your settlements. This requires a fair amount of crafting materials, including 400 wood, so make sure you raid settlements to quickly accrue the materials you need.

After this, you’ll then be able to interact and speak to the NPC stood just outside the new building.

Following a bit of chit-chat, you’ll then be thrown into customizing your Jomsviking, or mercenary. Here, you can customize their cloak, armor, bow, primary and secondary weapons, helmet, gauntlets, shoes and their name.

Once you’ve finished customizing your character, you’re then able to send them out to be recruited by your friends by once again accessing the barracks.

That’s all you need to know about the multiplayer in Assassin’s Creed Valhalla. Hopefully that clears how the Viking sharing impacts and your gameplay. It’s up to you if you want to utilize it to your advantage.

For more useful tips and guides on the game, be sure to check out Twinfinite’s wiki guide, designed to answer all of the community’s frequently asked questions. Also be sure to check out our review for our full thoughts on the latest from developer and publisher Ubisoft.