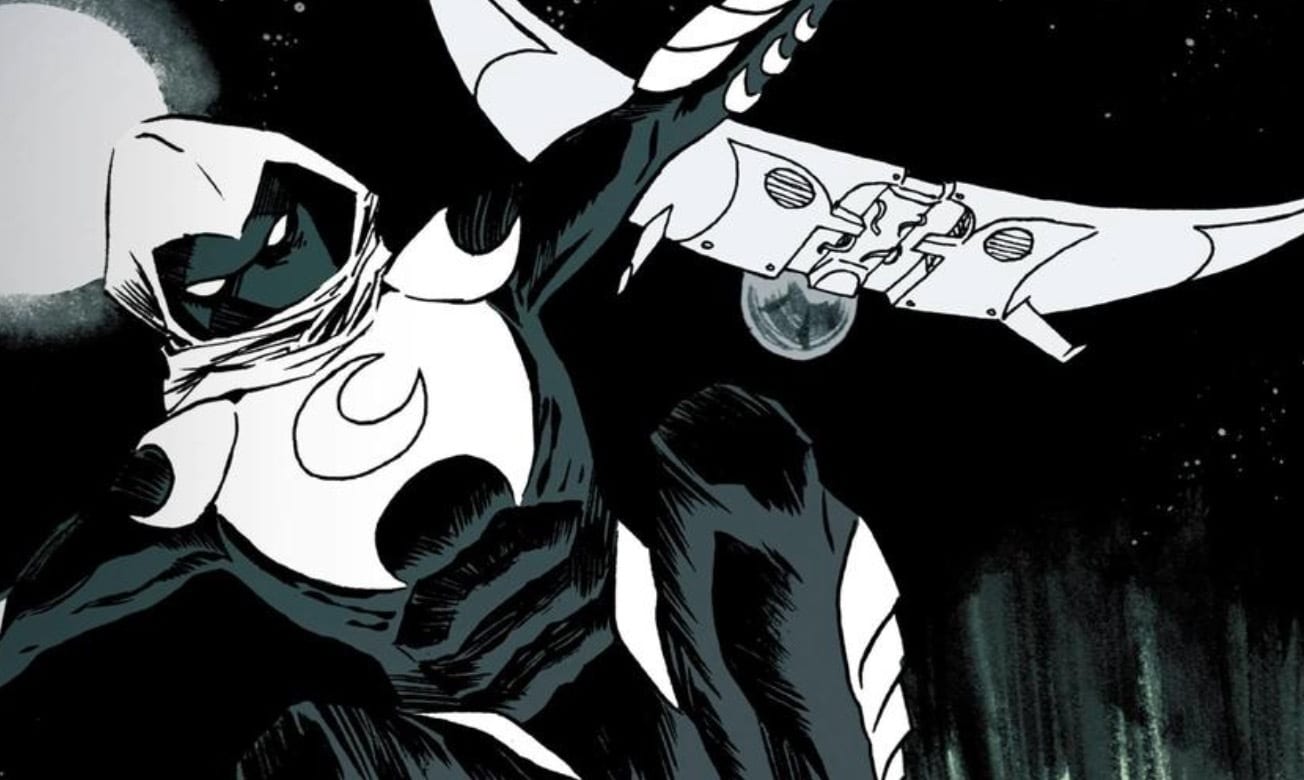 The world of DC and Marvel comics is vast and filled to the brim with all kinds of colorful heroes, villains, and non-powered characters. But while you might know who Superman, Batman, and Spider-Man are, some lesser-known heroes are still just as cool as the ones we’ve seen on the big screen.

Enter Moon Knight, the superhero clad in an all-white costume who looks like Batman’s complete opposite. And while they share many similarities like their gadgets and rich personas, they couldn’t be more different.

Moon Knight has grown in popularity over the years and even has his own series with Disney+ in the works reportedly set to cast Oscar Isaac in the lead role. While fans are excited, many might be scratching their heads, wondering who Moon Knight even is.

So we put together this helpful small bio if you don’t want to be left out of the loop when everyone starts talking about him!

Created by Doug Moench and Don Perlman in 1975, Moonlight is a Marvel superhero who first appeared in Werewolf by Midnight #32. His real name is Marc Spector, and before becoming Moon Knight, he worked as a mercenary.

After being betrayed by one of his friends while doing mercenary work, his body was dumped in the Egyptian desert. He was later found and brought to a tomb where the statue of the moon god Khonshu resided.

Although he was thought to be dead, Marc awoke and said that he had a vision that Khonshu offered him a second chance at life if he became his earthly avatar.

Agreeing, Marc is then resurrected to serve as the Moon Knight of vengeance. He then left his life as a mercenary behind and went to live in New York City and took up crime-fighting.

Perhaps one of the most notable things about Moon Knight is the fact that he has severe dissociative identity disorder. Marc has created multiple identities for himself, including being a millionaire entrepreneur, a taxi cab driver, and the titular Moon Knight.

His disorder and military experience make for quite the terrifying combination when you realize he doesn’t always have the same moral code as other heroes. He’s prone to be extremely violent and doesn’t hesitate to kill if deemed necessary.

Since being blessed by Khonshu, Moon Knight’s abilities change due to the lunar cycle. The fuller the moon, the more his reflexes, strength, and endurance are enhanced.

Even during a new moon, Moon Knight is still much stronger than the average human being.

Despite being a marine, a boxer, and in the CIA, many have said that his unnatural abilities also come from the fact that he’s psychologically unstable. Thus allowing him to push past his natural body inhibitors.

Due to all this training, Moon Knight is a master in hand-to-hand combat and a variety of weapons. His most popular weapon is perhaps his white bo staff.

His aggressive behavior leads to his fighting style being more offensive than defensive. Even if it leads to him getting very badly injured, Moon Knight will often shrug it off.

This aggressive nature has led many other superheroes to fear him and suggest he can be a nuisance. Since his disregard for morals can often endanger lives, others have said they hope he doesn’t show up for certain situations.

All-in-all, you don’t want to mess with Moon Knight.

Moon Knight served briefly as an Avenger but was then delegated to the team’s west coast division.

The Avengers West Coast (or West Coast Avengers) was a team created after Vision thought the Avengers should increase their influence across America.

Since they were situated in New York, it would make sense to have more heroes across the country if anything went wrong.

Moon Knight was eventually written out after 20 issues of the comic and given his own series again, titled Marc Spector: Moon Knight.

Although nowhere near as popular as The Avengers, The Defenders are one of the most popular team of heroes.

Originally consisting of Doctor Strange, The Hulk, Namor, and Silver Surfer, the team has had a rotating cast of heroes. One of them being Moon Knight.

Despite only joining the team for a short time, he helped the Defenders battle the Zodiac Cartel, a group of criminals who personified western zodiac astrology.

Moon Knight eventually joined the fourth version of the Heroes for Hire Team. Heroes For Hire was a team that tried to merge the idea of pro bono superhero work and paid detective work.

It was originally led by just Luke Cage and Iron Fist but was eventually expanded to include other members.

Like his history with other teams, Moon Knight was not with Heroes for Hire long. Its leader, Misty Knight, was actually being mind-controlled, and when the team found out, they lost faith in the organization.

He was one of the members that left after this event.

Moon Knight might not be one of Marvel’s most well-known heroes, but he is growing in popularity these days thanks to the rise of superhero movies and culture.