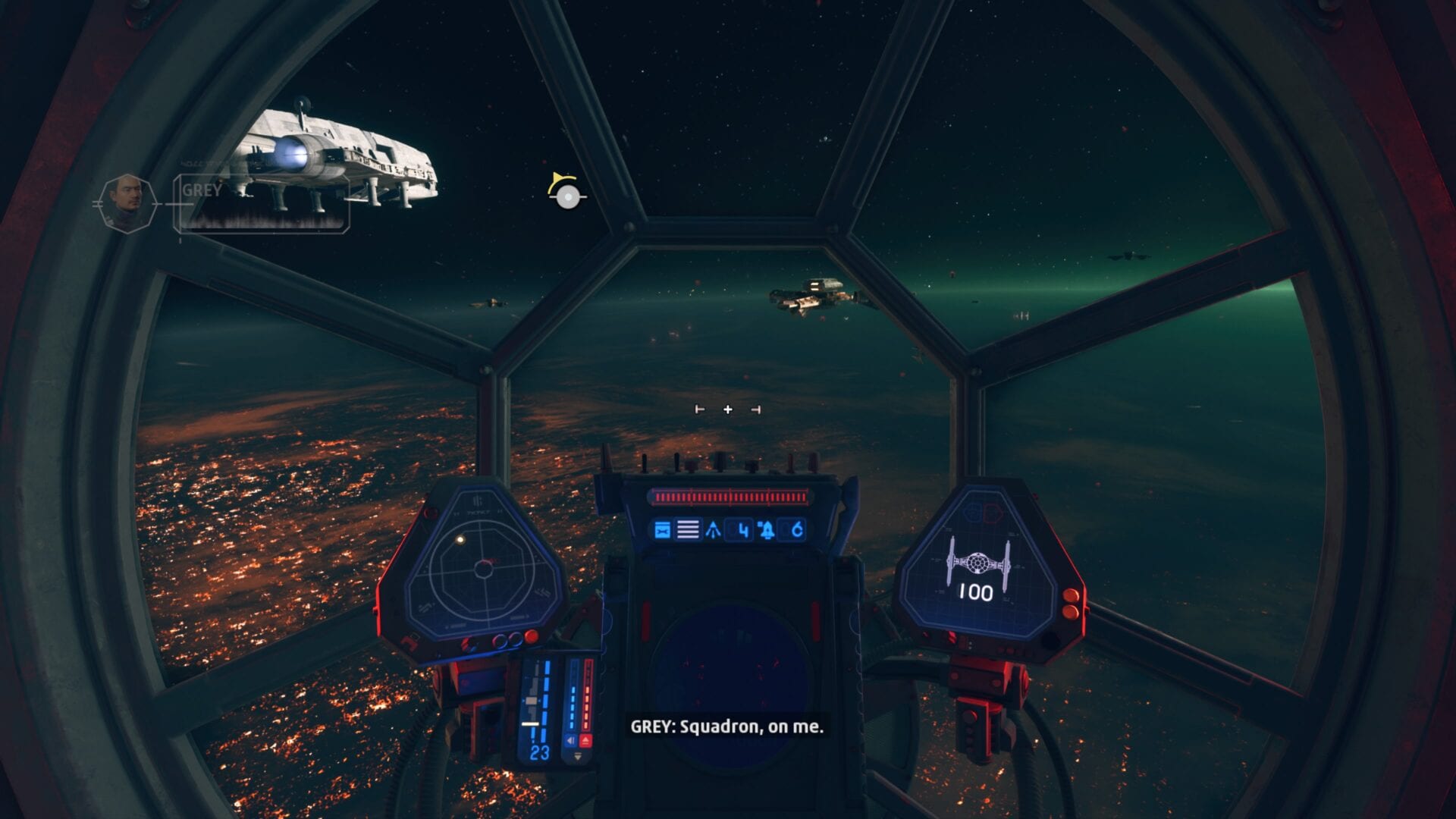 Star Wars Squadrons‘ campaign will see you fighting for both the Empire and the New Republic, as the constant tug of war for power between the two factions continues. While things start off simple enough, the difficulty does slowly begin to ramp up. If you’re looking to make things easier or harder, you may be wondering how to change difficulty in Star Wars Squadrons.

When you start a new game, you’ll have the option to select your difficulty from one of the following four:

But what happens if you want to change difficulty midway through the campaign?

To change difficulty in Star Wars Squadrons, press the Options button and then tab over to ‘Options’ at the top of the screen. Go to ‘Gameplay’ and then select ‘Difficulty’ from the menu that appears. You can now freely change your difficulty between the four settings available.

Keep in mind that changing your difficulty midway through a campaign will affect your progress towards difficulty trophies and achievements in the game, so be aware of that if you’re looking to hunt trophies.

Are There Difficulty Trophies & Achievements?

Yes, there are trophies and difficulties tied to completing the campaign on each of the various difficulty levels. Each of these is called “The Galaxy’s Finest” with the difficulty level that you beat the game on listed after in parenthesis.

For example, if you beat the game on the normal ‘Pilot’ difficulty, the trophy/ achievement would be called The Galaxy’s Finest (Pilot).

The good news is that these trophies and achievements do stack, so if you beat the game on its hardest difficulty setting, you’ll unlock all four of them in one, fell swoop.

There you have everything you need to know about difficulty in Star Wars Squadrons. Check out our guide wiki, or the links below, for plenty more tips and tricks.